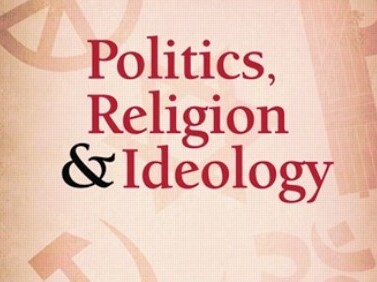 Reinterpreting the first pillar of the nation: (dis)continuities of Islamic discourses about the state ideology in Indonesia

The article analyses discourses of Islamic actors in Indonesia about the state ideology Pancasila (lit. Five Pillars). It discerns three discursive positions that exist in Indonesia since its independence, namely full acceptance of Pancasila as the state ideology, complementing Pancasila with Islamic law, and outright rejection of Pancasila and its replacement by (political interpretations of) Islam. Having a particular focus on the post-Suharto era (since 1998), the article compares more recent discourses with the ones from earlier phases in Indonesia’s post-colonial history indicating discursive (dis)continuities. It is particularly concerned with reinterpretations of the first pillar of the Pancasila, that is the belief in the One and Only God, that is today used by conservative and Islamist figures to call for the implementation of Islamic law. The article argues that this indicates a major shift in discursive positions, as the rejection of Pancasila and its complementation with Islamic law have become increasingly illegitimate views. Under present political conditions in Indonesia, the article concludes, the only position that is left for the Islamist camp is to accept Pancasila as it is and to combine it with a reinterpretation of the first pillar as guarantor for the implementation of Islamic law.