Sex and the Temple: Cross-gender practices in spirit possession rituals in Vietnam 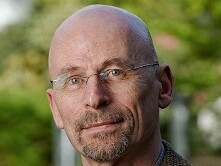 In this paper I explore transgender and transsexual practices within spirit possession rituals loosely associated with Buddhist, Daoist and Confucianist cosmologies in various regions of Vietnam. In different ways and with different degrees of explicitness, spirit possession privileges male-to-female and female-to-male transgender practices, constituting an arena of gendered license in an otherwise sexually restrictive cultural space. In this paper I look at ways in which transgender and transsexual categories converge with religious boundaries and simultaneously offer privileged conduits for communication between this world and the other world within the ritual time-space of spirit possession practices, often taking place in the context of village festivals and (Buddhist) pilgrimages. I pay particular attention to the co-occurrence and articulation of religious, sexual, entertainment and material desires through sexualized transgender dance, music, juggling and bingo performances during two ritual events: a village festival and a temple festival at a Buddhist pilgrimage site.

Oscar Salemink is Professor of Anthropology at the University of Copenhagen. Between 2001 and 2011 he worked at Vrije Universiteit Amsterdam, from 2005 as Professor of Social Anthropology, and from 1996 through 2001 he was responsible for Ford Foundation grant portfolios in social sciences and arts and culture in Thailand and Vietnam. He received his doctoral degree from the University of Amsterdam, based on research on Vietnam’s Central Highlands. He is currently working on global projects on heritage and contemporary arts. He published two monographs, ten edited volumes and six themed issues of journals. Among his forthcoming books is Managing religion, sacralizing heritage: Validating, authenticating and managing religious heritage and Global Art in Local Artworlds: De-centering and Re-centering Europe in the Global Hierarchy of Value.

Please register for this online event by sending an email to roger.casas(at)oeaw.ac.at.