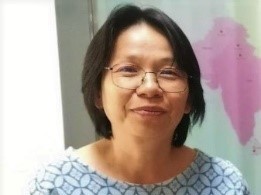 During the past decades, the world has learned of how the Hanban, the Confucius Institute, and the Qiaoban, the Overseas Chinese Affairs Office (OCAO), have operated as part of statecraft, with the goal of achieving the expansion and consolidation of China’s ‘soft-power.’ Following the practice of preceding Chinese leaders, Xi Jinping, the Chairman of China since 2013, formulated the notion of the “China Dream” (Zhongguo Meng), as his personal contribution to the ideological arsenal of the nation-state. Especially after 2016, discourses and practices connected to the China Dream have focused on the realm of ‘Chinese traditional culture.’ In this framework, the China Dream becomes a cultural soft power, aiming to encourage cultural self-confidence among Chinese citizens, as well as to improve and enhance the country’s international reputation. In this presentation I will introduce an emerging state-led mechanism, known as “Chinese Homeland Bookstore” (CHB), which was launched in 2018 in Chiang Mai, Thailand, and in other Southeast Asian countries. From an examination of the case of the CHB, I will contend that State-Owned Enterprises (SOE) are utilized intensively as part of a state apparatus supporting the “Chinese traditional culture” campaign under the Xi Jinping regime. At the same time, however, the case of the CHB in Chiang Mai illustrates how state-led enterprises display a combination of nation-state work and market-oriented business strategies, in order to fulfill its mission of promoting “Chinese culture going out” effectively.

Aranya Siriphon is currently Associate Professor in the Department of Sociology and Anthropology, Faculty of Social Sciences, Chiang Mai University, Northern Thailand. Her research interests include border and trans-border studies, and contemporary Chinese mobilities in the Mekong region. Her presentation is part of the broader research project entitled “Transnational Chinese Diaspora in the Era of Globalization”. Among her recent publications, “Chinese Tourists, Policy Reforms, and Mobility Regime”, in Lee Lai To (ed.), Chinese People’s Diplomacy and Development Relations with East Asia Trends in Xi Jinping Era, Routledge (2020); “Religious Practices and Syncretization: The Tzu Chi missions in the Northern Thai border”, in Regional Journal of Southeast Asian Studies 4(1), (2019); “Developing Entrepreneurship and the Rise of China: Chinese Migrant Entrepreneurs in Tourism-related Businesses in Chiang Mai”, in Yos Santasombat (ed.), The Sociology of Chinese Capitalism in Southeast Asia, Palgrave Macmillian (2019).

Please register for this online event by sending an email to: roger.casas(at)oeaw.ac.at