THE KURDISH MEDRESE AND ITS SOCIAL AND POLITICAL ROLES 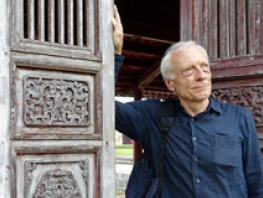 The demise of the Kurdish medrese (hucre) in Turkey has been announced many times, from the Tevhid-i Tedrisat (Unification of Education) law of 1924 onwards, but it has shown a surprising resilience and ability to adapt to changing circumstances, precisely due to its low visibility. The state schools for the training of religious functionaries (imam-hatip okulları) that were established from the 1950s onwards and that came to be closely associated with the rise of a Muslim counter-elite and its political vehicle, the AKP, never came to replace the Kurdish hucre.The traditional-style medrese education was carried on silently and almost invisibly, besides (and sometimes in combination with) the state-sponsored Qur’an courses and imam-hatip schools. The numbers of students following hucre education varied considerably over time, in response to changing political conditions. In the periods of severest repression of religious activities, such as following the 1960 military coup, students crossed the border to neighbouring Syria and continued their education in Kurdish medreses there. Although the main texts studied in the Kurdish medrese were in Arabic, it was long the only institution that transmitted a learned register of the Kurdish languages and in which Kurmanji literature was cultivated. This medrese literature remained long virtually unknown outside medrese circles, but has since the 1980s gradually become available in print -- at first in Sweden, due to the efforts of Zeynelabidîn Zinar, later in Turkey, thanks to the Nûbihar group and others. Medrese graduates serving as imams at the grassroots level have played an important role as brokers between religious or political movements and local communities. Hizbullah and the PKK have for decades been involved in a struggle for the hearts and minds of this important segment of society -- obliging the former to emphasize its specifically Kurdish character and the latter to revise its originally anti-religious position and seek accommodation with Islam.