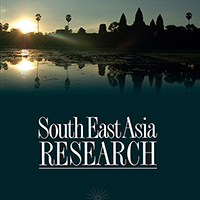 The article describes the latest developments of Islamic charities and their role as major non-state actors in Indonesia's field of social welfare. It considers debates about the practices of Islamic charity in colonial and post-colonial times when zakat (obligatory almsgiving) was conceptualized as social welfare and as a tool for social justice or as an instrument to implement the post-colonial state's development goals. We examine the contemporary popularity of sedekah (voluntary almsgiving) among Indonesian middle-class Muslims and the rise of Islamic charities that specialize in sedekah programmes. These charities use social media to document their activities and to raise funds, and have changed the discourse of almsgiving. We argue that the temporal logic of acceleration increasingly informs the field of social welfare in Indonesia today. Islamic charities display their efficiency, transparency, and the material rewards that sedekah practices bring to donors. Today, Islamic charity is no longer primarily associated with social welfare and social justice but increasingly with economic gain. Accordingly, charities are concerned with accelerating their aid and its mediation, emphasizing immediacy in order to appeal to donors who demand a quick, unbureaucratic conversion of donations into concrete help, and an immediate material and spiritual return on their ‘investment’.