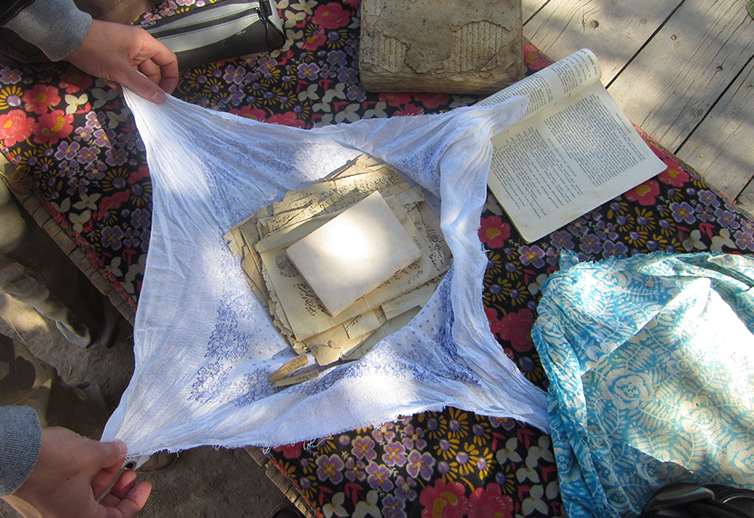 The Summer school is funded by the START project “Seeing like an Archive” (FWF), the theme platform “Religion, Gesellschaft und Politik im euro-asiatischen Raum” (ÖAW) and the Young Academy (ÖAW).

The proposed summer school is designed to explore a range of scholarly approaches to the hermeneutics of documents and archives in the Persianate world in the early-modern and modern period. Here the term archive is used in a broad and all-encompassing notion, which includes all possible record-keeping activities. The goal of this initiative is twofold: (i) to show ways in which historians can more fruitfully historicise records written in the Arabic script by reflecting on archival practices as forms of knowledge production, and (ii) to illustrate connections between Islamic documentary practices and Western imperial archives. The ideal target of the summer school is a group of max. 10/12 graduate students.

By offering hands-on reading sessions and masterclasses, which are based on material in Persian, Chaghatay, Ottoman Turkish as well as Western languages (Italian, German, Portuguese, Russian, Church Slavonic), the summer school offers a wide range of activities to familiarize students with documentary and archival practices in the so-called Persianate world, i.e., a broad portion of Eurasia otherwise known as the Balkans-to-Bengal complex. The chronological framework covers the early-modern and modern periods (15th-19th centuries). The basic requirement is knowledge of Persian and one Turkic language.

The ‘Cultures of Documentation in Persianate Eurasia’ summer school differs in a number of ways from other academic initiatives, which similarly address the study of Islamicate archival materials. First, our main objective is to assist students with a sustained interest in the history of the Middle East, Central and South Asia, and who are reflecting on the cultural processes, which influenced regional documentary practices and informed local archival sensibilities. Thus, our summer school prioritizes the study of collections of records crafted in the Arabic script during the early modern and modern period in what is now Turkey, the Caucasus, Iran, Central Asia, and India. Such collections present specific challenges on account of the quantity of sources available therein, the variety of compositional genres they include, and the diversity of languages involved. The linguistic focus of the event will therefore be on Persian and Turkic rather than Arabic.

Secondly, the summer school will bring the fields of palaeography and diplomatics into conversation with imperial, colonial, and global history; in so doing, it will connect the study of Arabic-script records to current research on archives in the history of Western imperial formations. This methodological shift is key to appreciate the diversity of archival practices as well as to take advantage of a broad range of hermeneutic possibilities: (i) one can study a documentary collection within the context of a given Islamic chancery; (ii) another way is to address the same material comparatively; (iii) yet another way to proceed is to read documentary collections across political boundaries, documentary cultures, and linguistic divides. The latter exercise requires that one takes stock of the fact that chanceries hardly functioned in isolation and were in fact connected to institutions, communities, and individuals operating beyond the confines of bureaucracies or scribal cohorts. For example, if one studies Ottoman and Safavid imperial history, one can no doubt focus in on Ottoman and Safavid documentary practices, but it may be useful also to expand the range of interpretive possibilities by examining how Ottoman and Safavid chanceries interacted among themselves and/or with the bureaucracies of the Republic of Venice, the Portuguese, and the Russian empires.

The programme of the initiative is a combination of

Reading sessions: faculty members and students read documents and discuss aspects of palaeography, diplomatics as well as practices of filing, preservation, and creation of archives;

Lectures: faculty members offer master-classes in which they reflect on the challenges and the potentials of working in and with archives