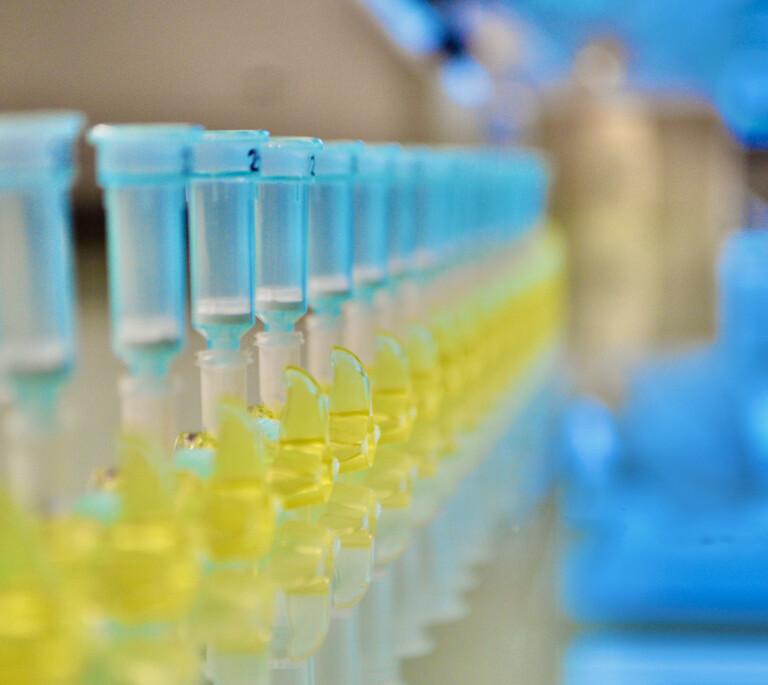 In our lab we constantly work on improving current screening technologies. We therefore developed several tools to increase the sensitivity and robustness of CRISPR screens in order to be able to address more challenging research questions. Not only can genetic and epigenetic differences between individual cells not be avoided in screens, in some settings these differences are inherent to more accurately model complex tissues. In addition, there can be various outcomes of CRISPR-Cas9 genome editing. This cellular heterogeneity negatively affects screen results. In order to tackle this problem we generated complex sgRNA libraries with unique molecular identifiers (UMIs), which allowed for single-cell lineage tracing in pooled screens. In that way we enabled the analysis of heterogeneous cell populations on a clonal level.

“What I really like in this lab is the creative ways in which problems are solved and methods improved. It’s fun to solve such puzzles together to develop new solutions that in turn lead to exciting new discoveries.” ~ Naomi Botay

The quality of phenotypic loss-of-function screens in all cases is dependent on the ability to knock out the target gene. However, in many cases Cas9 editing does not lead to this outcome, as in-frame mutations, alternative splicing or translational responses can lead to a rescue of the protein function. We thoroughly studied how to improve knock-out efficiencies of sgRNAs and created the VBC Score. The VBC Score is a machine-learning based algorithm that combines established predictors of sgRNA activity and indel formation but most importantly a Bioscore in which important protein features are integrated. In that way it can predict which sgRNAs are the most likely to lead to disrupt protein function. We created genome-wide sgRNA libraries based on the VBC Score which increased the effect sizes we were previously able to achieve in screens. The VBC score is publicly available for the genome-wide prediction of sgRNA efficiency of several species. 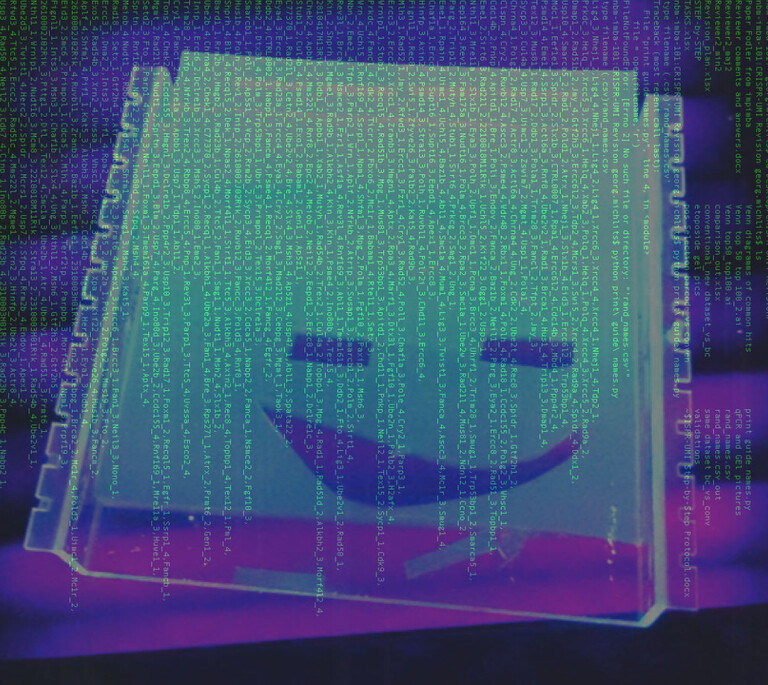 “Our lab has a collaborative environment, among each other or with other labs. This results in fruitful discussions about which screening to do next or how to upgrade existing methods even more.” ~ Esther Uijttewaal 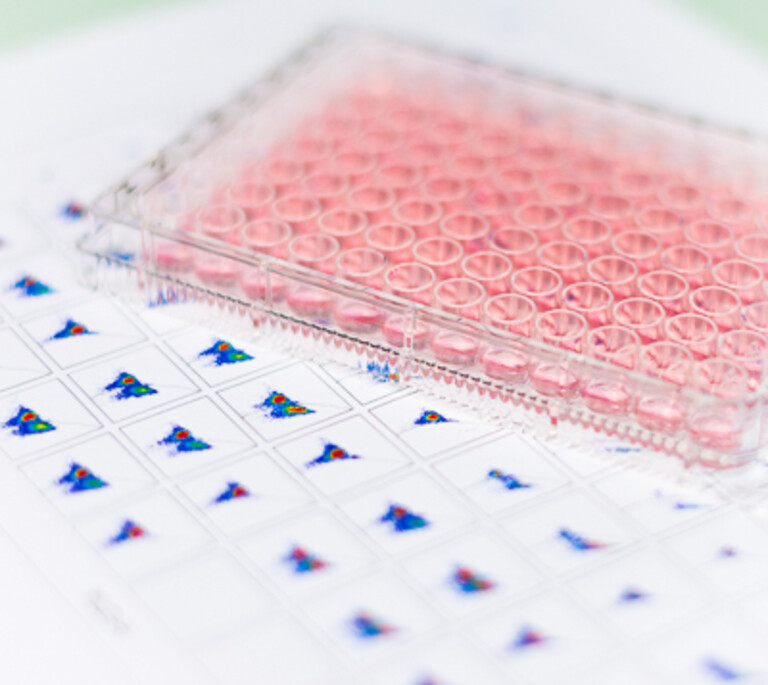 Complementary to an efficient sgRNA, it can be important to control the timing of genome editing. However, inducible CRISPR-Cas9 editing systems that regulate Cas9 activity or sgRNA expression often suffer from significant limitations, such as reduced editing capacity, off target effects or leaky expression. In our lab, we developed a tool for temporal and sequential in/activation of sgRNAs, termed CRISPR-Switch (SgRNA With Induction/Termination by Cre Homologous recombination). Our Switch-ON and OFF system mediates controlled induction or termination of the sgRNA activity, by Cre-LoxP recombination . CRISPR-Switch also allows editing of two loci in a tight sequential manner. Using the different Switch methods in combination with VBC score-designed sgRNAs one can edit a genomic region of interest with great precision.

“I’m excited to be working on CRISPR screens to investigate the genetic dependencies of cancer cells. With an unbiased and high-throughput approach like this, we might be able to uncover new vulnerabilities that could be used to specifically target cancer cells.” ~ Sophie van der Leij

Pooled genetic screens in vitro have extended our understanding of gene function. Nevertheless, we know that genetic dependency strongly depends on cell identity and environmental context, and thus gene essentiality in vivo is expected to significantly differ from in vitro settings. However, due to technical limitations, in vivo screening remains challenging. Therefore, we are developing a CRISPR-Cas9 screening method to overcome the in vivo screening limitations. Currently, we have several projects based on this exciting tool by combining and exploiting the methods and knowledge of our lab. In vitro culture systems have been used for the optimisation of the method and for further validations and leveraging this approach we use xenograft and allograft models. Our novel CRISPR-screening paradigm will empower gene annotation in complex settings such as in organoids or in vivo. 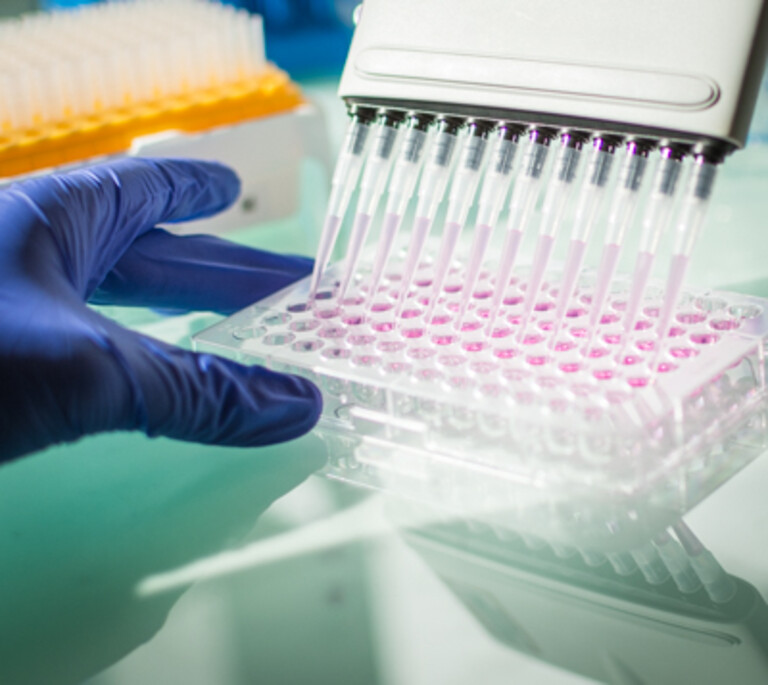 “This project triggers my interest in performing cutting-edge research and the further development and improvement of CRISPR methods. Using complex and innovative technologies to be able to improve the understanding of a wide variety of biological processes in a healthy or diseased state motivates me to come to the lab every day.”  ~ Esther Ujittewaal 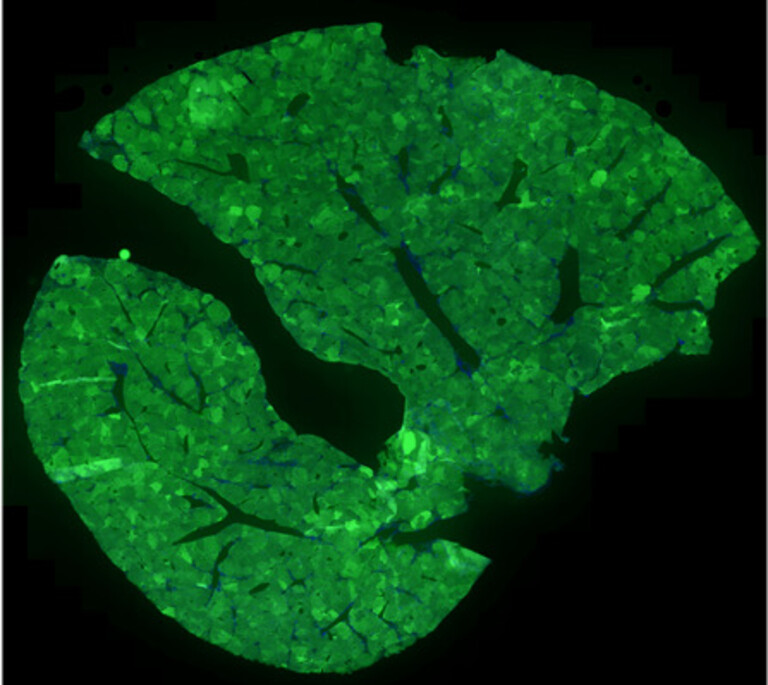 First described in the ancient Greek Prometheus saga, the liver has remarkable regenerative capacity. Regeneration is highly required since the liver is the main organ removing toxic materials in the body but also frequently damaged by viruses, metabolites, or drugs, etc.. Damage exposure often causes chronic injuries such as fibrosis, and regeneration rate decreases in this injured state. Liver cells are known to communicate with each other to start regeneration, however, the signaling pathway for regeneration after drug induced liver injury remains to be unraveled. Because different signals from the environment surrounding hepatocytes are hardly recapitulated in vitro, we are studying genetic dependency of regenerative signaling pathways in the actual liver via our newly developed in vivo CRISPR screening paradigm, CRISPR-StAR. Adding to that, we are developing visualization of the screening process by introducing different fluorescent proteins and a method for screening combined with single-cell RNA sequencing. Linking various readouts to genetic screening would not only enable studying genetic dependency in a real biological context but also make it easier and faster to validate the hits.

“I always wanted to study biology in a real context, and this project is exactly my dream project. On top of the unbiased genetic screening in a living organ, developing new methods and testing possibilities are real fun and make me work enthusiastically. Our group work as a team to create synergy, and this is what I am doing by adding colours to CRISPR-StAR and make it even more powerful..” ~ Joonsun Lee

In Vivo Screens of Liver Cancer In Situ

Hepatocellular carcinoma (HCC) is the 7th most frequent cancer, while causing the 2nd most cancer related deaths. Understanding the genetic dependencies of  HCC could be the basis for new therapeutic measures in the future. Our ability to map these complex networks in vitro is limited, as we cannot mimic the complicated signaling networks found within a living tissue. Therefore, we are establishing a new in vivo CRISPR-Cas9 screening system to study the different genetic dependencies of healthy cells and cancer cells in vivo, as well as to overcome the limitations of in vivo CRISPR-Cas9 screens currently in use.  Similar to the liver regeneration model, we here combine varying technologies, some of which were also developed in our lab. 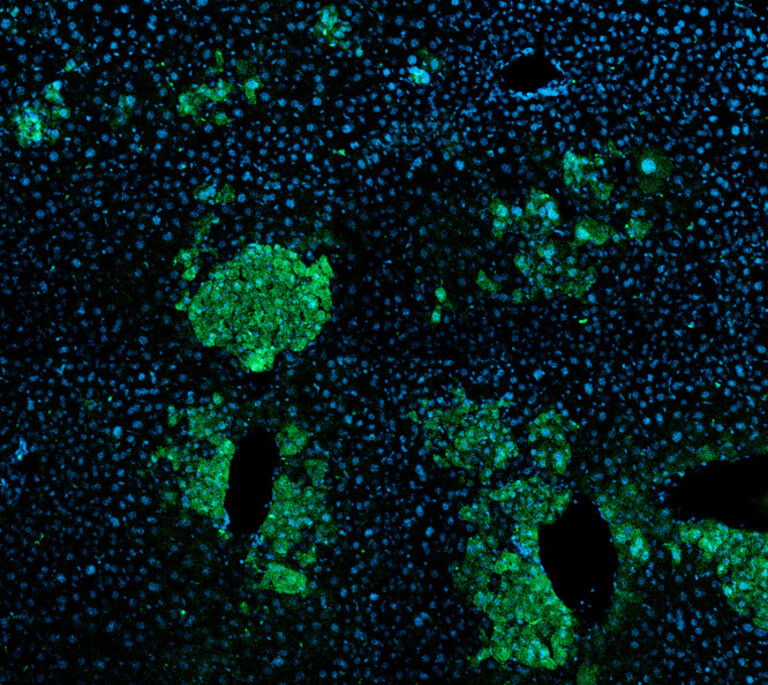 “I am very fascinated by the possibilities coming along with CRISPR-Cas9. Applying and improving this system is very exciting to me and I am happy to have landed in a lab with such great expertise on this specific topic. Digging into the various methods for preparation and analysis of our screens also has been and will remain an interesting challenge throughout my project.” ~ Tobias Potzler 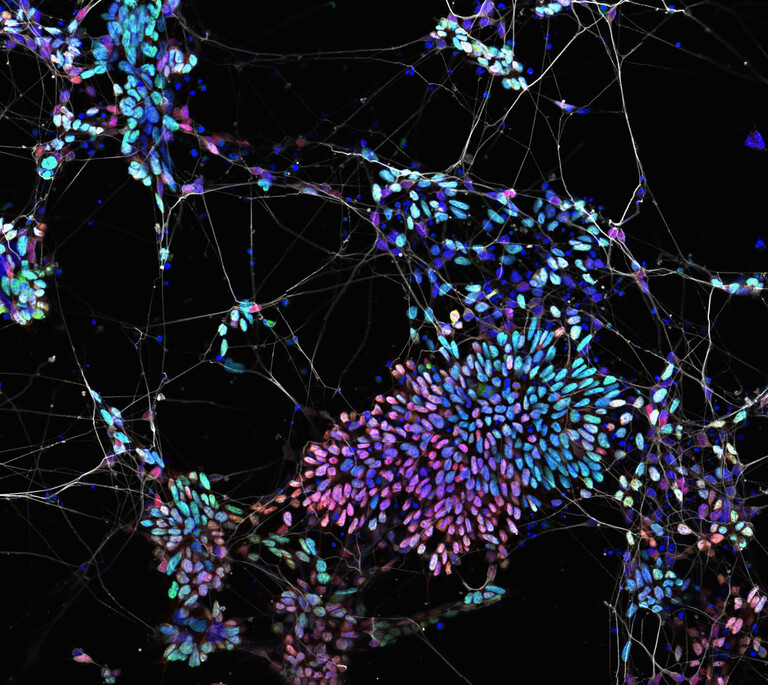 How cell identity is established and maintained is a question at the heart of developmental biology. Cells gradually rewire gene transcriptional program and reshape epigenetic landscape followed by establishing epigenetic barriers to lock the cellular identity. Interestingly, only a few ectopically expressed transcription factors are needed to overcome these barriers and the initial cell genetic program is replaced by a new transcriptional network. Most famously Oct4, Klf4, Sox2 and Myc can reprogram numerous terminally differentiated cell types into induced pluripotent stem cells. Furthermore, Ascl1 alone can directly convert somatic cells into neurons without the transit through a pluripotent state. Thus, these methods allow derivation of patient specific cell types, which can be used for medical purposes as well as disease modeling. Cellular reprogramming also gives a unique opportunity to address questions in cell identity maintenance and conversion. We disentangle the different paths cells can take to the same terminal state. We further employ forward genetic screens to identify core components and mechanisms by using neuronal transdifferentiation as a model system.

“I am always surprised how many unique approaches to the current difficult scientific problems we are tackling; let it be exciting questions in lineage transitions or bringing new methods circumventing limitations in CRISPR-Cas9 screening. For me, working in this lab quickly developed ‘outside of the box’ thinking, gave a steep learning curve in adapting numerous methods and allowed asking deeper questions from the data.” ~ Gintautas Vainorius

The Covid-19 pandemic caused by the betacoronavirus SARS-CoV-2 created unseen challenges for our society. Amongst them are the upscaling of clinical diagnostics, both for detection of virus in human samples and also differential diagnostics for viral variants. In collaboration with Luisa Cochella we have responded to this challenge by developing a new testing platform called SARSeq. SARSeq is able to detect and sequence the SARS-CoV-2 genome in parallel in thousands of samples. In collaboration with the Austrian Agency for Health and Food Safety (AGES) we set up a surveillance pipeline, that analyzes the spike protein for 10 000 patients per month. We report these data to AGES as well as upload them to the international GISAID server. 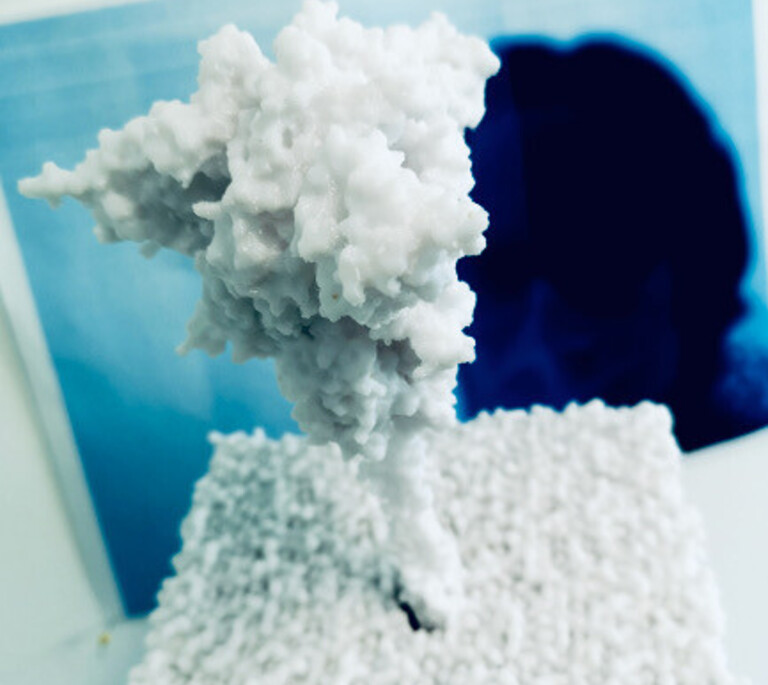