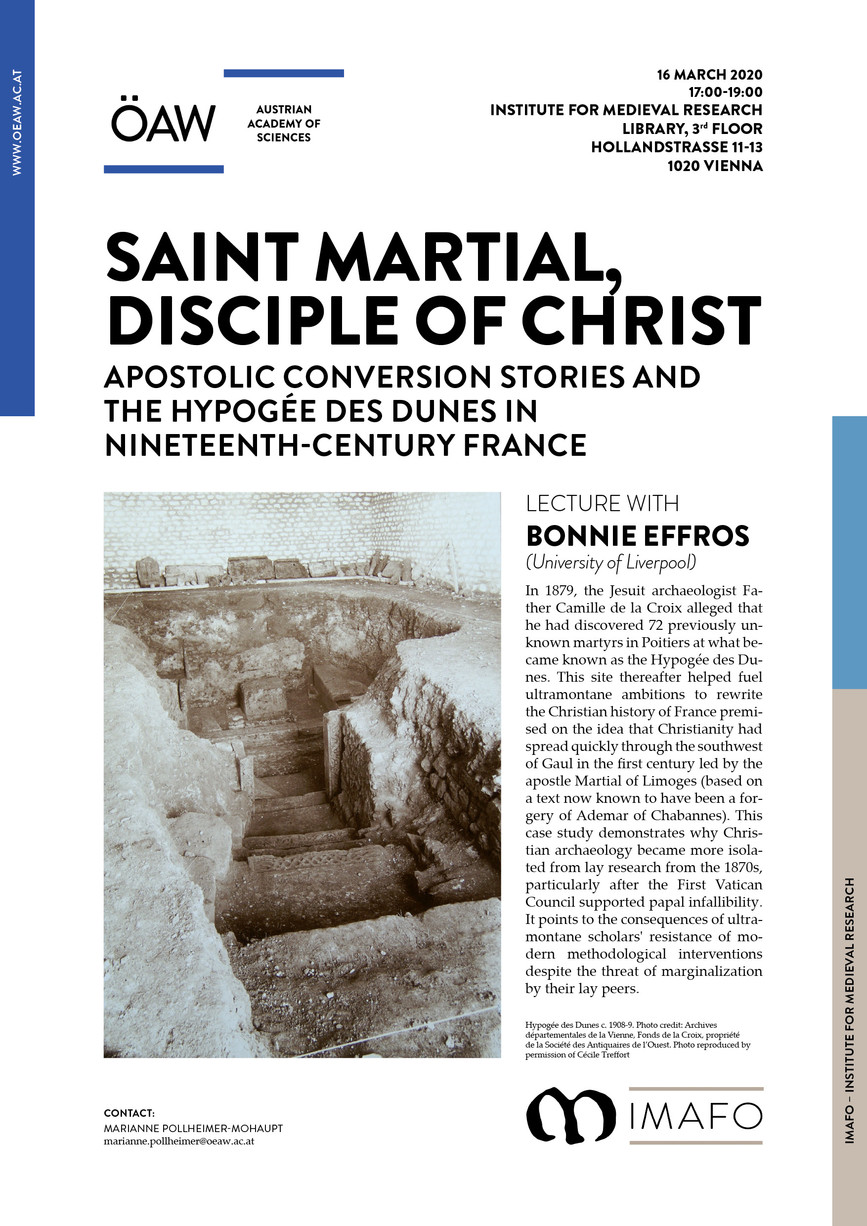 Ademar of Chabannes’ transformation of Saint Martial as an apostle and witness to the Crucifixion has received substantial attention since 1923, when the historian Louis Saltet condemned the eleventh-century monk’s key works as forgeries. In her presentation, Prof. Effros will draw attention to the reasons that the legend of the apostolic conversion of southwestern Gaul became important once again during the monastic revival led by Dom Prosper Guéranger of Solesmes in the mid-nineteenth century. In the main focus of this paper, the discovery of the Hypogée des Dunes outside of Poitiers in 1879, this legend was critical since it supported controversial contentions by the Jesuit archaeologist Camille de la Croix that he had found an early Christian martyrium honoring the remains of 72 previously unknown Poitevan martyrs. The case study measures the importance of Christian archaeology in the nineteenth century Catholic "crisis" of modernity and explores some of the reasons why Christian archaeology and "scientific" archaeology would ultimately part ways later that century.