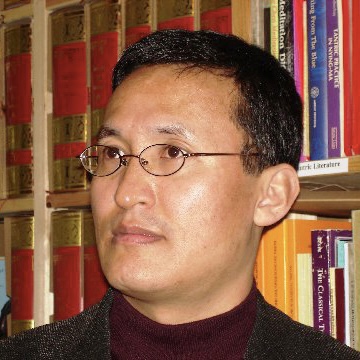 The issue of the authenticity of Buddhist scriptures and doctrines seems to be almost as old as Buddhism itself and discussions about it can be found in various Buddhist schools and traditions. A primary concern here is with the veracity of the soteriological theories and the efficacy of the soteriological means proposed in scriptures that any given Buddhist tradition has accepted were taught by the Buddha (buddhabhāṣita/buddhokta: sangs rgyas kyi gsungs pa). The issue of the authenticity of Buddhist scriptures and doctrines has already received a great deal of scholarly attention. The Buddhist apology composed by the eleventh-century Tibetan scholar and translator Rong zom Chos kyi bzang po (henceforth: Rong zom pa) seems to be interesting for at least two reasons. First, his three-layered Buddhist apology is an apology of the doctrines of the Śrāvakayāna, Pāramitāyāna, and Mantrayāna. Although not treated as a separate topic, the third layer does include his specific rNying ma Tantric apology. Second, in each case, he employs what he calls “the three kinds of witness or testimony” (dpang po rnam pa gsum = dpang po gsum); namely, the (a) “witness of person” / “witnessing person” / “a person who is a witness” (gang zag gi dpang po), (b) “witness of prediction/prophecy” (lung bstan pa’i dpang po), and (c) “witness of scriptural consistency” (lung ’brel ba’i dpang pa)—the last of which he equates with the “witness of reasoning” (rigs pa’i dpang po). In this talk, I wish to focus only on how Rong zom pa presupposes the earlier pre/non-Mantrayānic concept of pramāṇatraya—i.e. perception (pratyakṣapramāṇa), inference (anumānapramāṇa), and scriptures (āgamapramāṇa)—and how he reconfigures, redefines, and extends the scope of pramāṇatraya, thereby clearly proposing a “higher” Mantrayānic epistemology. I shall also attempt to trace his sources (of inspiration).

Wangchuk is one of the initiators, together with Dr. Orna Almogi and Sebastian Nehrdich, of the BuddhaNexus project.

This lecture is being organized by the Institute for the Cultural and Intellectual History of Asia (IKGA) of the Austrian Academy of Sciences (OeAW) with support from the project “The Dawn of Tibetan Buddhist Scholasticism (11th–13th c.)” (TibSchol). This project has received funding from the European Research Council (ERC) under the European Union’s Horizon 2020 research and innovation programme (grant agreement No. 101001002).