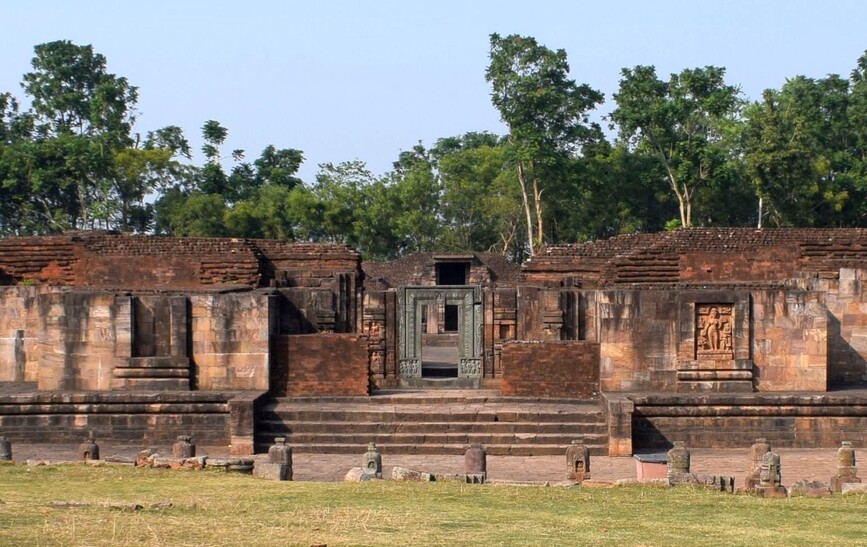 As is commonly accepted, Buddhist doxographical literature is of great use to scholars who treat Indian Buddhism as a system of thought and practice. In recent years, there has been much discussion and reconfiguration of Buddhist doxography due to the study of newly discovered manuscripts. It is also expected that such manuscripts will throw light on the ‘curriculums’ of Buddhist monasteries.

The aim of this international online workshop is to read a few unpublished yet important manuscripts and to discuss the relationship between monasteries and doxography in Indian Buddhism. We will also take into account the possibility that fundamental sources or fragments on hetuvidyā, etc., may have been copied and shared by Buddhist monasteries, and thus were silently incorporated into certain doxographical texts.

During the workshop, led by Serena Saccone and Péter-Dániel Szántó, we will be reading the Gilgit Fragment no. 42, the Sāramañjarī, as well as the *Saddharmaparikathā. The Gilgit pramāṇa Fragment (no. 42) is a hitherto unstudied single-folio fragment containing the beginning of a Buddhist polemical work. The Sāramañjarī of Samantabhadra (ca. middle of the 9th century) is a commentary on Jñānapāda's Samantabhadrasādhana (ca. late 8th century), a practical meditation manual of the Guhyasamājatantra. In the commentary to vv. 110-120, Samantabhadra introduces a long philosophical excursus. The main intent appears to be refuting opponents. The portion we will be reading concerns the denial of the self as conceived by the Naiyāyikas and the Vaiśeṣikas. The anonymous *Saddharmaparikathā is an unedited preachers' manual from ca. the 5th century. The author was perhaps a member of the Saṃmatīya school. Most of the text deals with extolling the virtues of Buddhist values to the laity. The passages we are going to read contain arguments against the Vaiśeṣikas, the Jainas, and possibly the Ājīvikas.

The workshop is being organized jointly by the IKGA, Mie University, and the Vihāra project (JSPS KAKENHI, Grant No. 18H03569: “Comprehensive Studies of Indian Buddhist Monasteries from the Gupta Period Onward”).

Unfortunately, due to technical reasons, the number of participants is limited. For further details, please contact: serena.saccone(at)oeaw.ac.at.