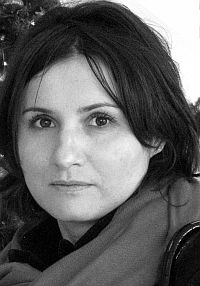 Early Chan Buddhism (in particular the so-called Northern Chan School) is often said to have relied heavily on Huayan 華嚴 thought, as developed by Fazang 法藏 (643–712) and his disciples based on the Avataṃsaka-sūtra. With the demise of the School and the rise of its rival, the Southern School, by the mid-eighth century Huayan thought had become less important. Nevertheless, it continued to influence certain strands of Chan. For instance, Guifeng Zongmi 圭峯宗密 (780–841), a patriarch of the Huayan School, played a significant role as the author of one of the first Chan “histories.” And after Zongmi, despite Chan’s alleged “anti-intellectualism,” Huayan still continued to influence certain strands of Chan, in particular the more intellectual Caodong 曹洞 (J. Sōtō) School, founded by Dongshan Liangjie 洞山良價 (807–869) and his disciple Caoshan Benji 曹山本寂 (804–901). This lecture will trace the impact of Huayan Buddhism on Chan, focusing in particular on the theory of the “perfect interfusion” of phenomena.

Numata Chair Lectures at the IKGA

The Numata Chair in Buddhist Studies at the University of Vienna was established in 1999 as an endowed chair for visiting professors. Lectures of chair holders at the Austrian Academy of Sciences have been introduced in 2019.

The Numata foundation (Bukkyō Dendō Kyōkai) is named after Dr. Yehan Numata (1897-1994), chairman of the Mitutoyo Manufacturing Company. A devout Buddhist, Dr. Numata believed that the dissemination of Buddhist teachings would be beneficial to humanity and pursued the promotion of Buddhism internationally. The foundation supports academic programmes in Buddhist Studies worldwide and has endowed several professorships at leading research universities.