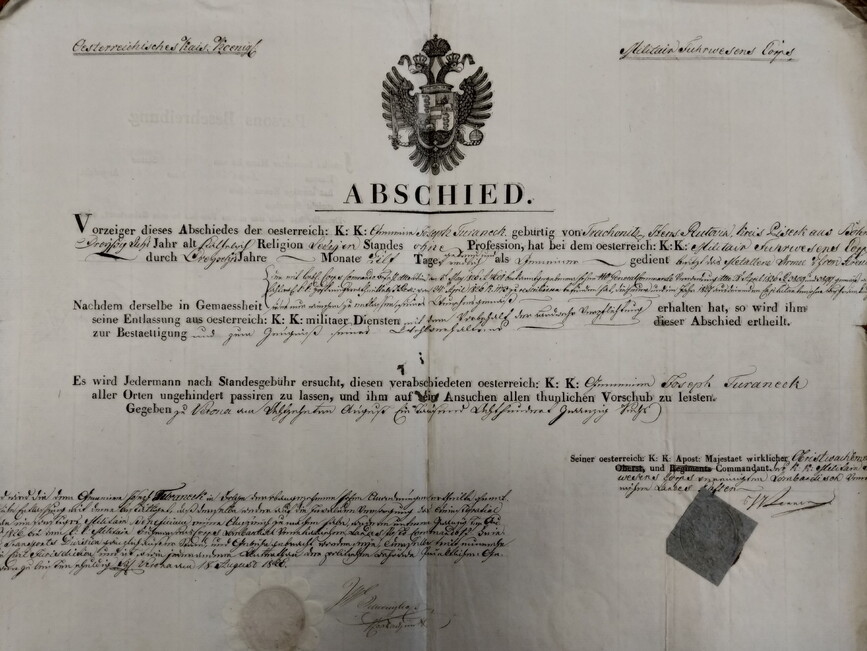 This lecture presents our ongoing project in which we examine the mutual relationship between military service and the structure of the peasant family in the period 1775–1830. Focusing on two Bohemian manors of Třeboň and Protivín, we pursue a two-pronged approach combining elements of historical demography and prosopography, with analytic microhistory. Drawing on material from the State Regional Archives in Třeboň, we assembled a statistical database of several hundred manorial subjects, who served in the Habsburg army in the first two generation after the introduction of the Josephinian conscription system. The lives and fates of these men were reconstructed with the help of parish books, land registers, lists of subjects, lists of serf labour obligations (Frondienst), and correspondence by local officials.

The military careers of soldiers from Třeboň and Protivín manors are documented from their enlistment into the army to their discharge as a veterans or invalids. Employing categories such as age, family connections, social status, orphanhood, and occupation of individual recruits, we can evaluate what type of men were likelier to be drafted for military service. We also examine the conditions of discharged soldiers returning to their former communities by analysing their age, family status, medical condition, and their ability or (inability) to do manual work. This information enables us to understand the strategies adopted by former soldiers to help them re-integrate back into rural society.

Josef Grulich is a associate professor at University of South Bohemia. In his research he focuses on economic and social history in early modern period, especially on migrations and peasants family and life cycle.

Václav Černý is a researcher at University of South Bohemia. His research focuses on rural family history and methodological application of genealogy in historical demography.