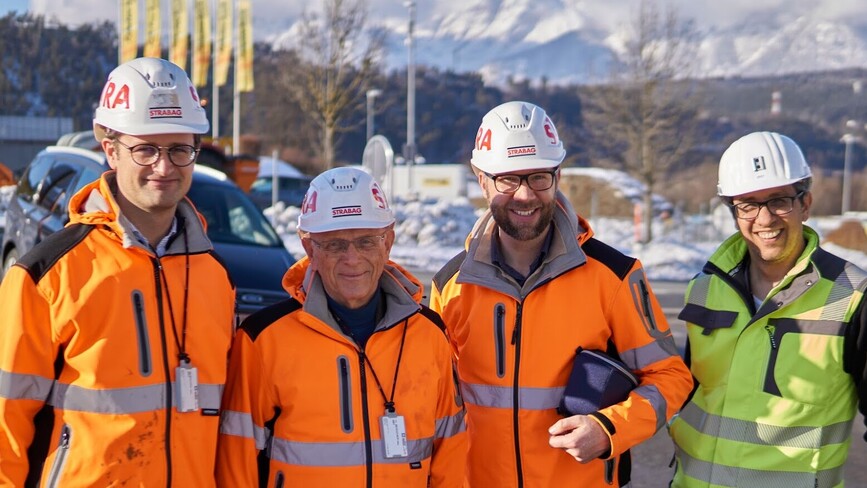 The Institute for European Tort Law, together with the European Centre of Tort and Insurance Law have begun work on the second part of their Liability for Means of Transport project, which is being conducted in cooperation with ÖBB-Infrastruktur AG. As preparation for the work and to kick off the project, its leaders Helmut Koziol, Gregor Christandl and Olaf Riss, visited a construction site connected to the Brenner Base Tunnel on 4 February. The Brenner Base Tunnel is a railway tunnel which is due to run straight through the Alps between Austria and Italy, from Innsbruck to Fortezza, producing the world’s longest section of underground railway line. Completion of the tunnel project is scheduled for 2025.

The first part of the project investigating the current reform needs of the Austrian Railway and Road Traffic Liability Act had been finished in January 2019 and was published with Jan Sramek Verlag ("Die Haftung von Eisenbahnverkehrs- und Infrastrukturunternehmen im Rechtsvergleich"). The second part will analyse current European harmonisation needs for the liability of railways, in particular in regards to the close interdependence of the various international transport activities and the particular concerns arising with transnational joint projects (such as the Brenner Base Tunnel).