A team of physicists at the Universities of Vienna, Bristol, the Balearic Islands and the Institute for Quantum Optics and Quantum Information (IQOQI-Vienna) has shown how quantum systems can simultaneously evolve along two opposite time arrows (forward and backward in time). The study has been published in the latest issue of Communications Physics. 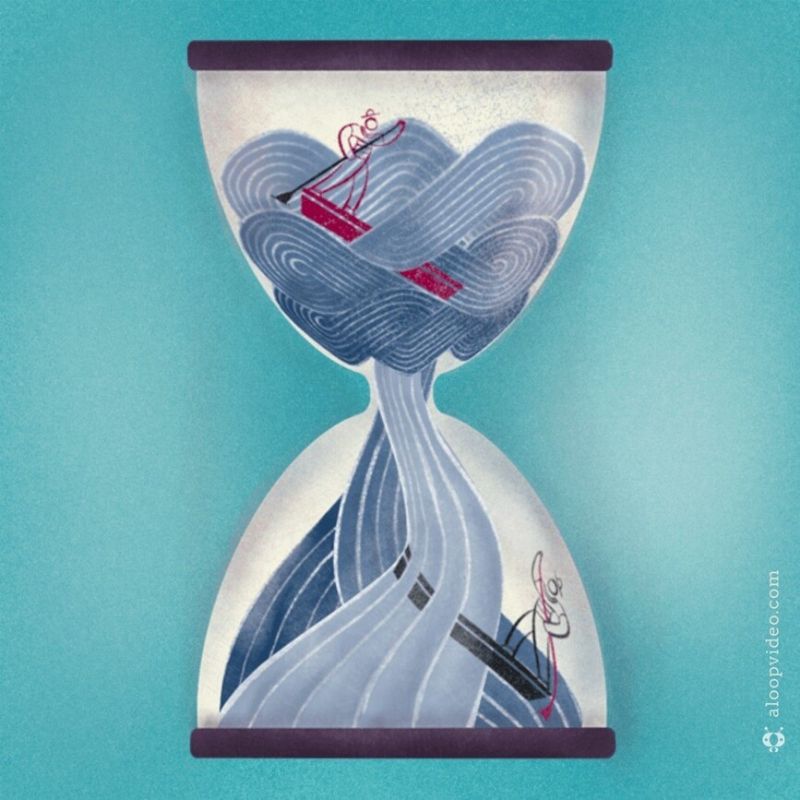 © Aloop Visual & Science, University of Vienna, Institute for Quantum Optics and Quantum Information of the Austrian Academy of Sciences

Microscopic physical laws are time-symmetric, hence, a priori there exists no preferential temporal direction. However, the second law of thermodynamics allows one to associate the “forward” temporal direction to a positive variation of the total entropy produced in a thermodynamic process, and a negative variation with its “time-reversal” counterpart. This definition of a temporal axis is normally considered to apply in both classical and quantum contexts. Yet, quantum physics admits also superpositions between forward and time-reversal processes, whereby the thermodynamic arrow of time becomes quantum-mechanically undefined. In this work, we demonstrate that a definite thermodynamic time’s arrow can be restored by a quantum measurement of entropy production, which effectively projects such superpositions onto the forward (time-reversal) time-direction when large positive (negative) values are measured. Finally, for small values (of the order of plus or minus one), the amplitudes of forward and time-reversal processes can interfere, giving rise to entropy-production distributions featuring a more or less reversible process than either of the two components individually, or any classical mixture thereof.