Only recently researchers have levitated and cooled nanoparticles into the quantum regime. A research team led by Oriol Romero-Isart now proposes a way to harness the quantum properties of such particles before they lose them due to decoherence. 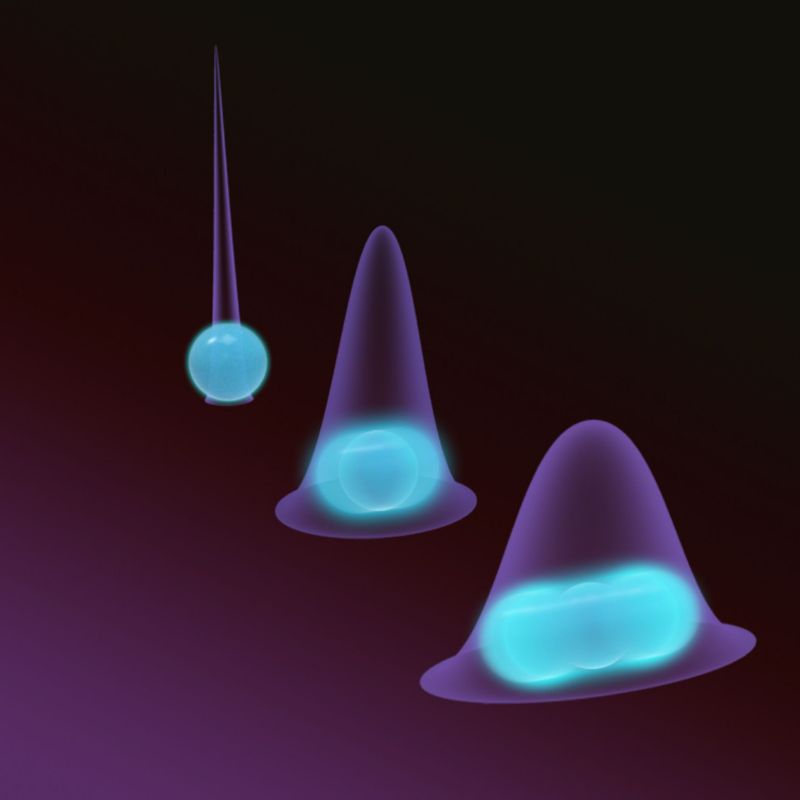 Very recently, researchers led by Markus Aspelmeyer at the University of Vienna and Lukas Novotny at ETH Zurich cooled a glass nanoparticle into the quantum regime for the first time. To do this, the particle is deprived of its kinetic energy with the help of lasers. What remains are movements, so-called quantum fluctuations, which no longer follow the laws of classical physics but those of quantum physics. The glass sphere with which this has been achieved is significantly smaller than a grain of sand, but still consists of several hundred million atoms. In contrast to the microscopic world of photons and atoms, nanoparticles provide an insight into the quantum nature of macroscopic objects. In collaboration with experimental physicist Markus Aspelmeyer, a team of theoretical physicists led by Oriol Romero-Isart of the University of Innsbruck and the Institute of Quantum Optics and Quantum Information of the Austrian Academy of Sciences is now proposing a way to harness the quantum properties of nanoparticles for various applications.