Their experiment and findings were now published in Nature. 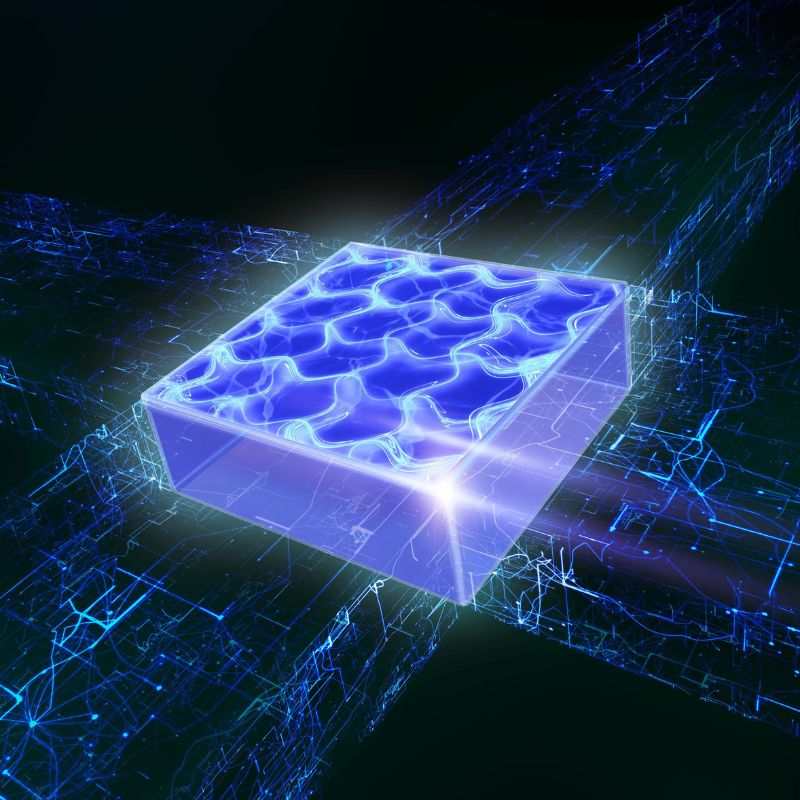 Two years ago, the research group led by Francesca Ferlaino from the Department of Experimental Physics at the University of Innsbruck and the Institute of Quantum Optics and Quantum Information at the Austrian Academy of Sciences in Innsbruck managed for the first time to generate supersolid states in ultracold quantum gases of magnetic atoms. The magnetic interaction causes the atoms to self-organize into droplets and arrange themselves in a regular pattern. “Normally, you would think that each atom would be found in a specific droplet, with no way to get between them,” says Matthew Norcia of Francesca Ferlaino's team. “However, in the supersolid state, each particle is delocalized across all the droplets, existing simultaneously in each droplet. So basically, you have a system with a series of high-density regions (the droplets) that all share the same delocalized atoms.” This bizarre formation enables effects such as frictionless flow despite the presence of spatial order (superfluidity).