On 1 October 2020, Nadja Wallaszkovits took up the Chair of Conservation and Restoration of New Media and Digital Information at the Stuttgart State Academy of Art and Design. 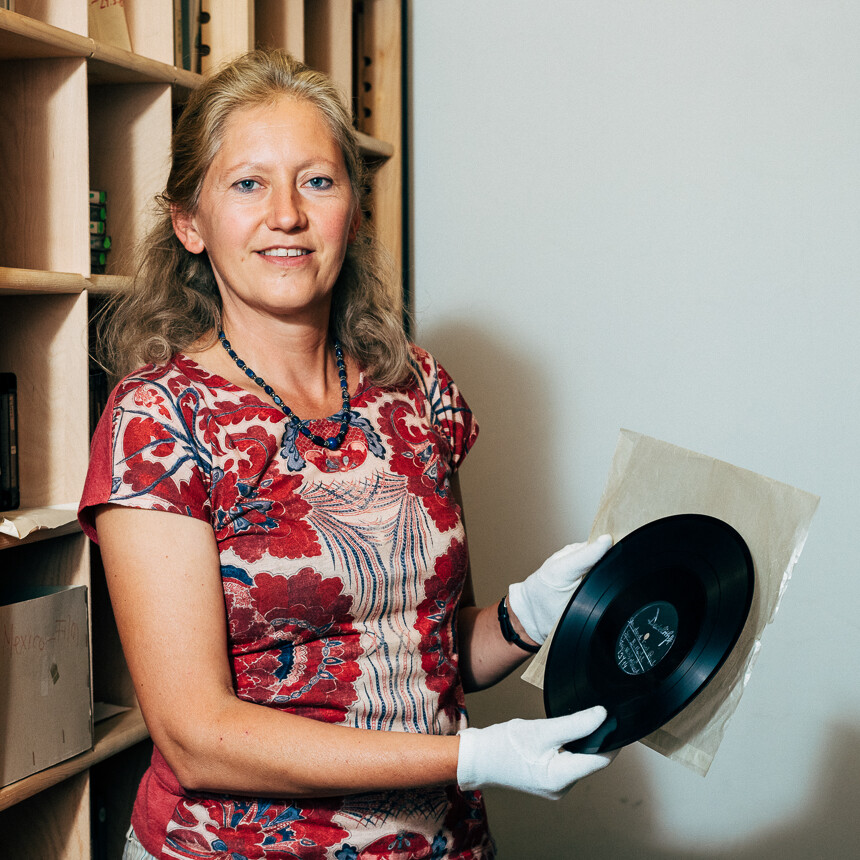 Nadja Wallaszkovits started to work at the Phonogrammarchiv in 1998, after a successful career as a sound engineer (recording, mixing and mastering) at, inter alia, the Vienna Konzerthausstudio (1988–1998) and extensive freelance work in the studio and live sound reinforcement sector. Following a brief employment on a project basis, she was taken on as a sound engineer at the Phonogrammarchiv as early as 1999, before she became head of the audio department in 2005. Thanks to her extensive national and international networking in research, teaching and professional societies as well as her continuous involvement in worldwide digitisation and restoration projects, Nadja Wallaszkovits has made a decisive contribution to the reputation of the Phonogrammarchiv in the field of audio technology.

The Phonogrammarchiv congratulates Nadja Wallazkovits on her appointment, thanks her for her outstanding work, and wishes her all the best and every success in her new tasks in Stuttgart. At the Phonogrammarchiv she will continue to lead the HORIZON 2020 “NEMOSINE” project until 2022.