HOT FROM THE PRESS – VOLUME 9 OF THE INTERNATIONAL FORUM ON AUDIO-VISUAL RESEARCH (THE PHONOGRAMMARCHIV’S YEARBOOK)! 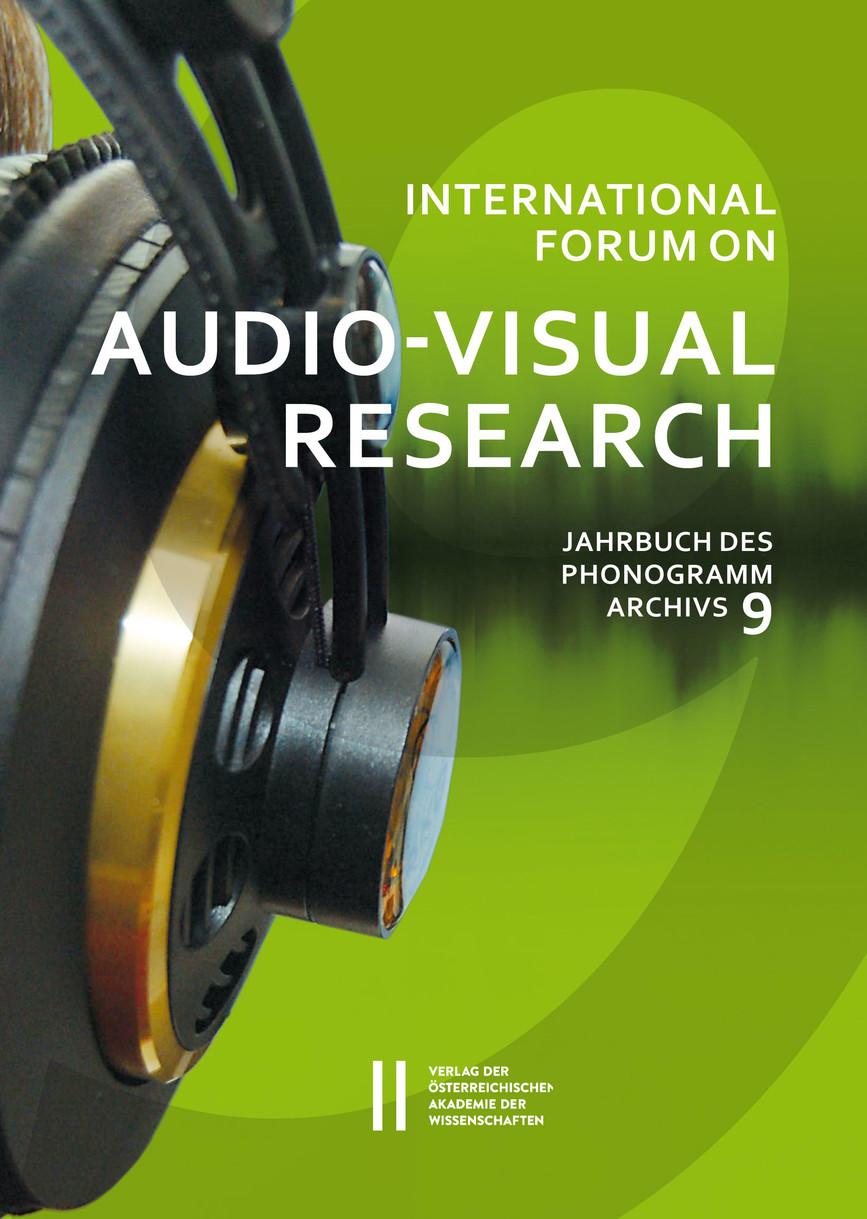 Volume 9 of our yearbook – dedicated to the memory of Rudolf M. Brandl – is the third to contain the proceedings of a conference organised by the Phonogrammarchiv. In 2018, it was the publication of Recordings from Prisoner-of-War Camps, World War I (Series 17/1–5 of the Complete Historical Collections 1899–1950) that provided the occasion to invite researchers to a one-day symposium (“Eine ‘außergewöhnliche Forschungsgelegenheit’ in den k. u. k. Kriegsgefangenenlagern: kritische Reflexionen 100 Jahre danach”) in order to exchange ideas and critically reflect on an “exceptional research opportunity” in the Austro-Hungarian prisoner-of-war camps 100 years after the creation of these sound documents.

The contributions first introduce us to the histories of the disciplines of ethnology and folklore, their establishment at the time as well as the continuing activities within the tight network of the research community (Andre Gingrich, Reinhard Johler). Robert Lach was the central figure of the project, to which the Phonogrammarchiv owes a huge collection of sound recordings of languages and songs then known little or not at all to scholars; Lach’s attitude and way of working are assessed on the basis of his publications vis-à-vis the views of posterity (Michael Weber). This is followed by a discussion on the documentation of soldiers as language bearers and singers, using the example of the Finno-Ugric recordings (Gerson Klumpp). The contribution on Turkic-speaking prisoners of war deals with the ambivalence between the contents expected and subsequently recorded by the researchers, and the prisoners’ impressions and poetic paraphrases (Ingeborg Baldauf). The concluding essay once again focuses on the documentation, genesis and discussion of the recordings, from today’s point of view and as the result of networked research (Florian Mühlfried).

The field research report about Rudolf M. Brandl’s last trip to Greece in 2017 (Efstratios Nikolaros), three reviews of recent publications (two monographs and an anthology; Gerda Lechleitner, Julio Mendívil) as well as the Phonogrammarchiv’s annual report for 2017 round off this volume.