From 11th to 14th November 2019, the 4th Conference of the International Association for Research on Pottery of the Hellenistic Period (IARPotHP) took place. The theme of the conference was »Manufacturers and Markets. The Contributions of Hellenistic Pottery to Economies Large and Small«. The event, important for international pottery research, was organised by the Austrian Archaeological Institute and the Institute of Historical Research of the National Hellenic Research Foundation Athens. 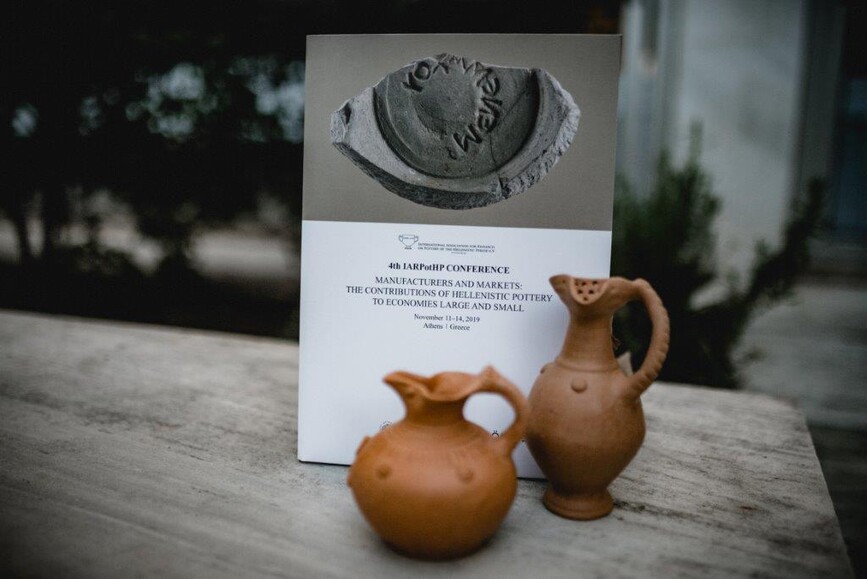 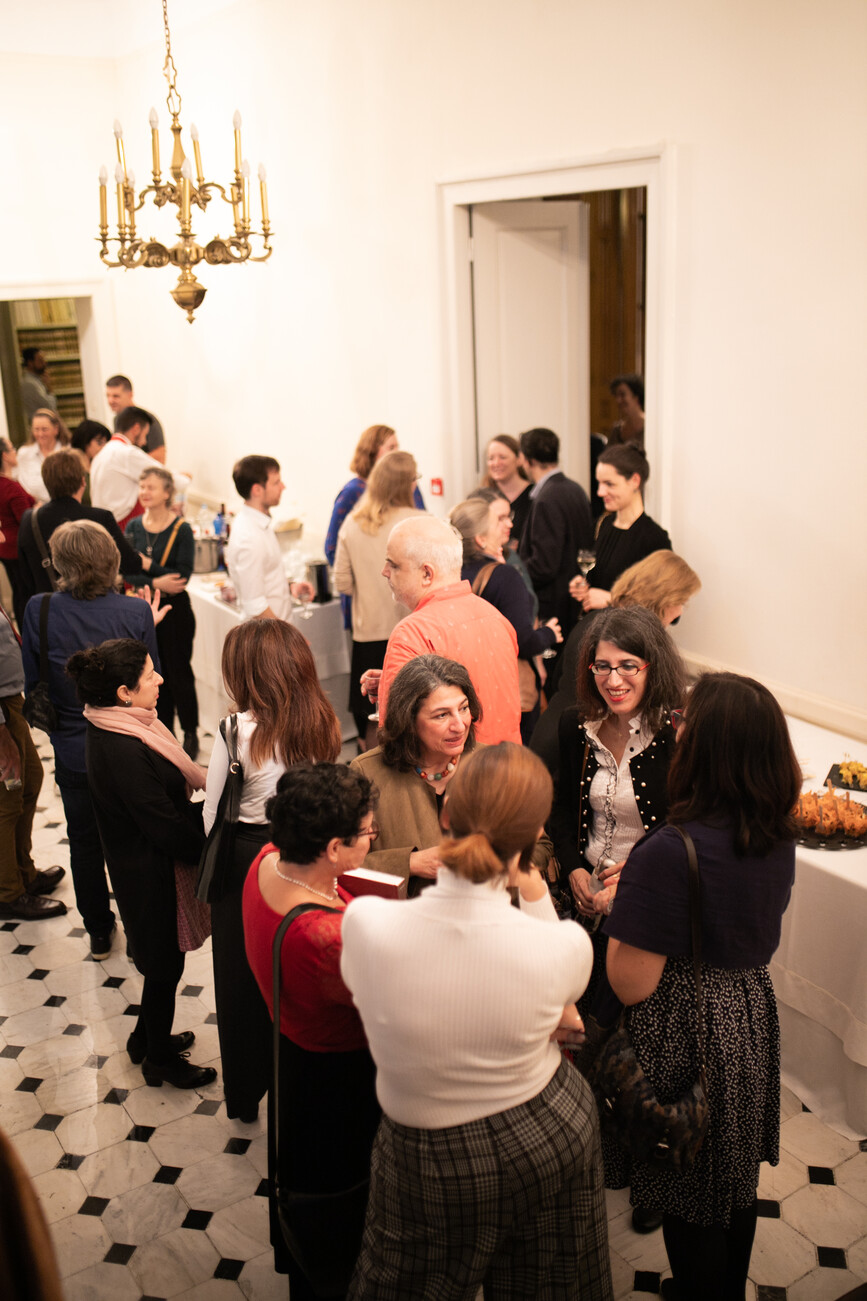 Reception at the OeAI in Athens (Photo: OeAW-OeAI/A. Ioannou) 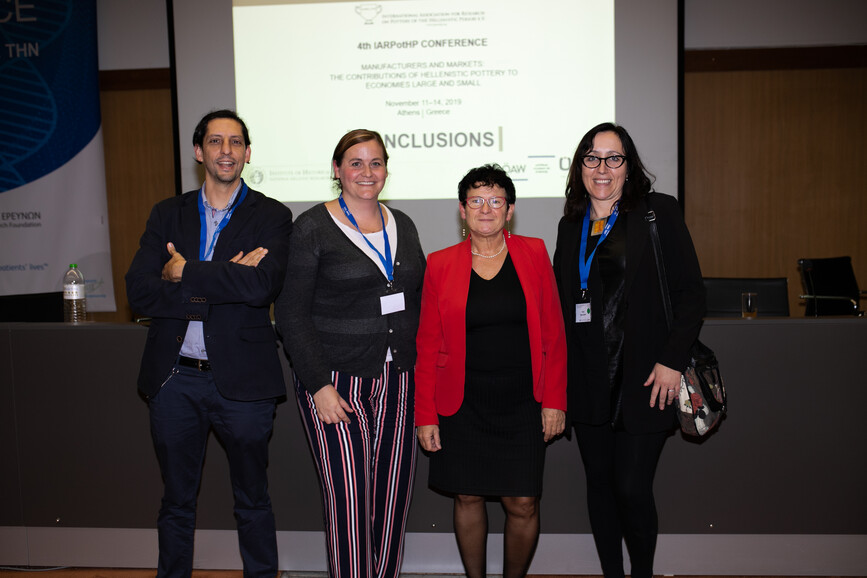 Organising team together with the chair of the International Association for Research on Pottery of the Hellenistic Period - IARPotHP (Photo: OeAW-OeAI/A. Ioannou) 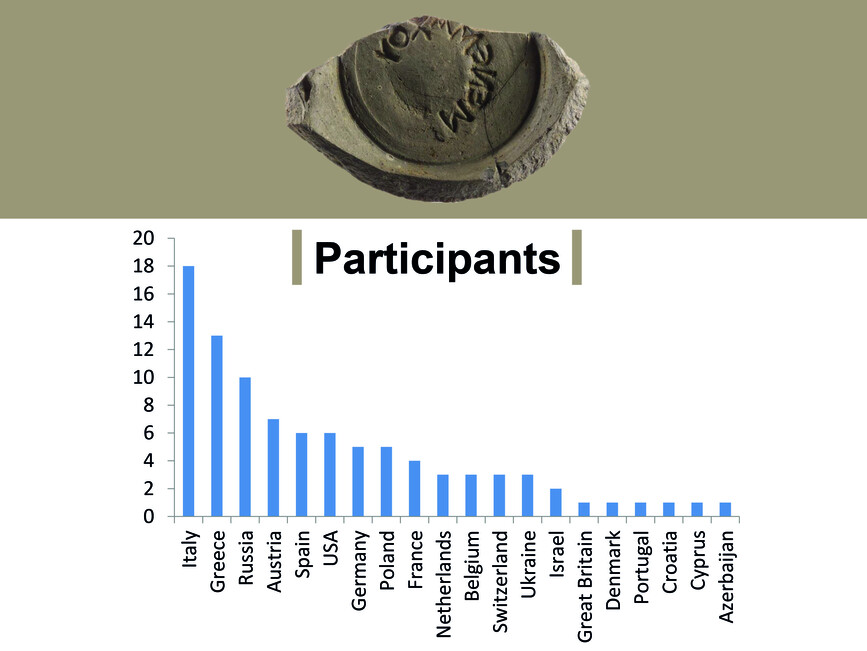 Nationalities of the participants (Chart: OeAW-OeAI) 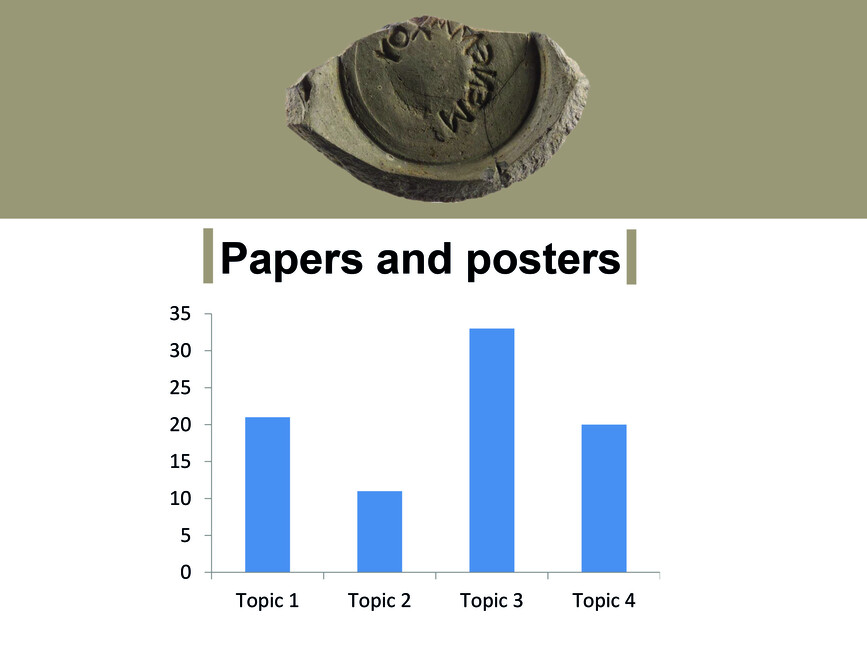 The IARPotHP Conference was introduced on the previous evening with a reception and Get Together at the Austrian Archaeological Instiute in Athens. The main site for the event, however, was the National Hellenic Research Foundation.

Over the course of four days, a total of 97 participants from 20 countries presented new information, in 67 lectures and 17 posters, based on Hellenistic ceramic as a source of information of economic and social history.

The geographic framework of the lectures spanned a region from Portugal over the western and eastern Mediterranean, the Black Sea, Azerbaijan and the Near East, as far as Iran. The programme followed four sub-topics:

1. Ceramic Manufacturers and their workshops from East to West

3. Local Economies in Light of Regional Connectivity and Identities

4. Defining a Market. Widespread Distribution of Goods as “Globalisation“ Markers?

These themes were illuminated from a variety of different geographical perspectives, whereby reference was made to production and consumption, dissemination and (long-distance) trade in Hellenistic ceramic products, as well as to the transfer of technology and cultural know-how. Papers on pottery workshops and their location and organisation offered further insight into the general theme. Through the presentation of 'global'- and micro-economic activities – such as for example necropoleis as possible sales markets for pottery products – as well as the networks of the producers, new perspectives of identities were offered. In addition, innovative methodological  and economic-theoretical approaches were introduced. Constructive discussions illustrated that certain questions must remain open, yet also revealed the importance of a collective illumination of the themes addressed and of a combined methodological approach.

Two presentations of new publications by the publishing companies present at the conference (Phoibos/AT and Archeopress/GB) supplemented the programme. Furthermore, the general meeting of the IARPotHP took place during of the conference, in the course of which a new chair and a new board of the society were elected.