A new OeAI-project is dedicated to the architectural documentation of the Casa di Arianna and the study of pottery. 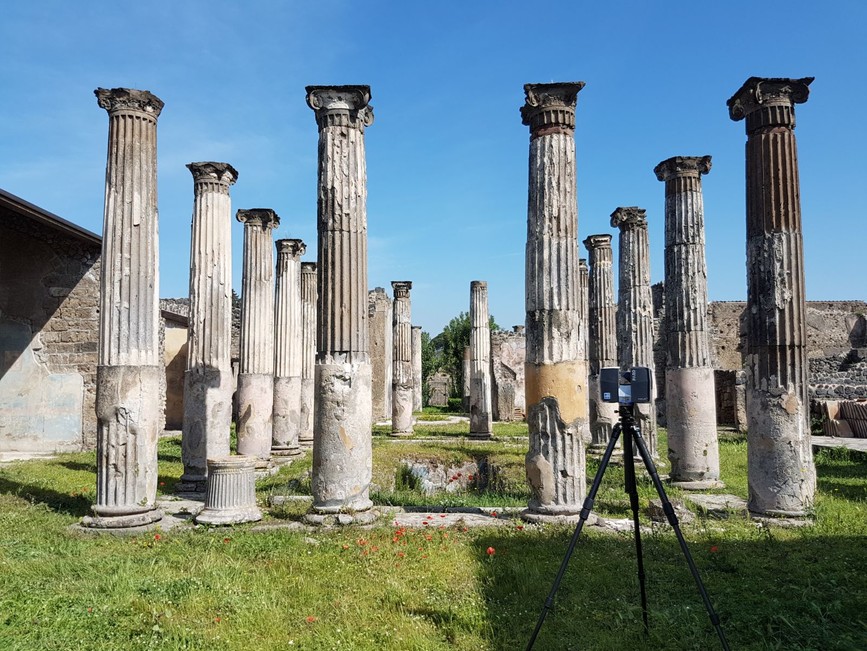 April 23, 2018, marks the start of a new OeAI cooperation project in Pompeii led by Alexander Sokolicek. The work is focused on the architectural documentation of the Casa di Arianna in the center of the city of Pompeii as well as the study of the pottery.

The Casa di Arianna is located on the Via degli Augustali, a street known in antiquity particularly for the production of perfume, and is one of the most stately properties of the city. The Soprintendenza of Pompeii (Director Massimo Osanna) has issued the permit for the house to Prof. Albert Ribera (Archaeological Institute of València - SIAM) since 2004. In 2018 Prof. Ribera signed a cooperation agreement with the OeAI.

The project will primarily focus on the urban planning and studies on the production and trade of pottery. In addition to an exceptionally well-preserved urban culture, Pompeii also offers a large quantity of ceramic vessels that once were used for the transportation, storage, and processing of foodstuff. They permit conclusions about trade and dealing with wine, oil, fish sauces, and agricultural products. As a result the fragmented transport amphorae from the Casa Di Arianna will be studied in greater detail. Another issue important to our understanding of ancient urban development is the question to what extent older buildings were incorporated into the architecture of the house. As is still common today, buildings that were no longer in use were often not completely removed but were deliberately incorporated into the construction of new buildings. The topic of the »transformation of architecture« is particularly promising in the Casa di Arianna because the walls of the house have unusual characteristics that are indicative of the existence of older not yet explored structures. The Casa di Arianna is of particular importance for the study of Pompeii and dealing with architecture because the house was constructed in the former suburb of the oldest part of the city.