OEAI GETS HONOURED FOR ARCHAEOLOGICAL RESEARCH IN AIGEIRA 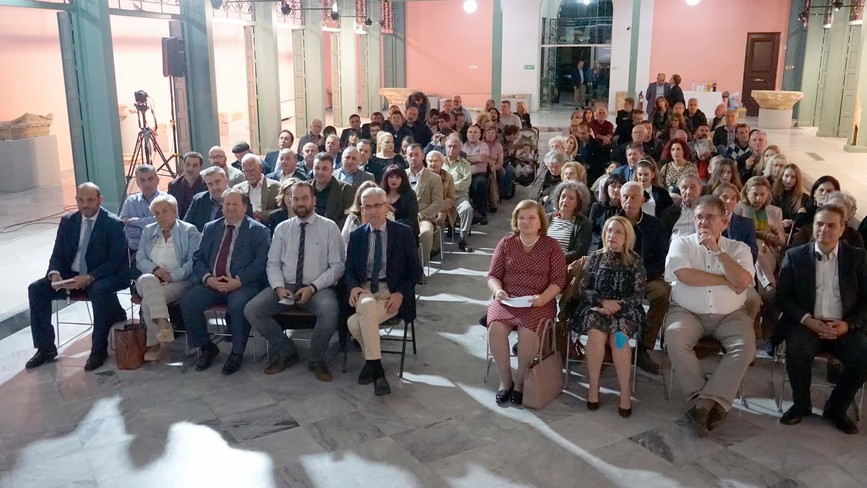 Gala event in the Museum of Aigio (Photo: Municipality of Aigion) 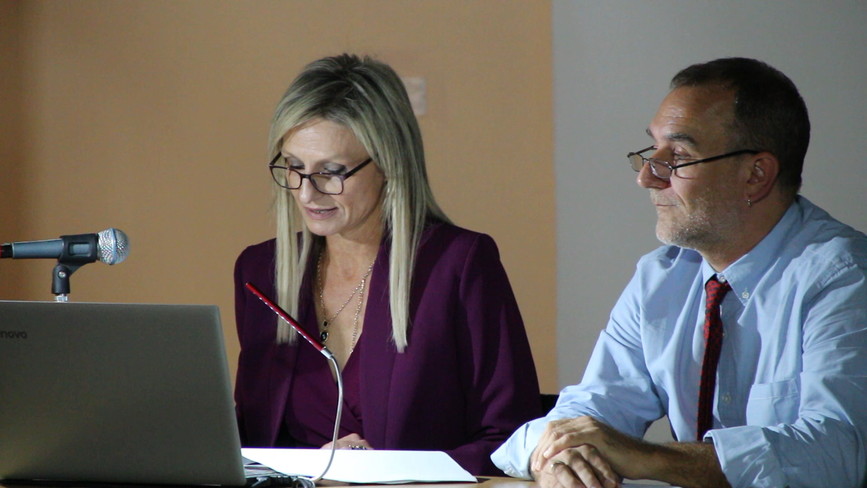 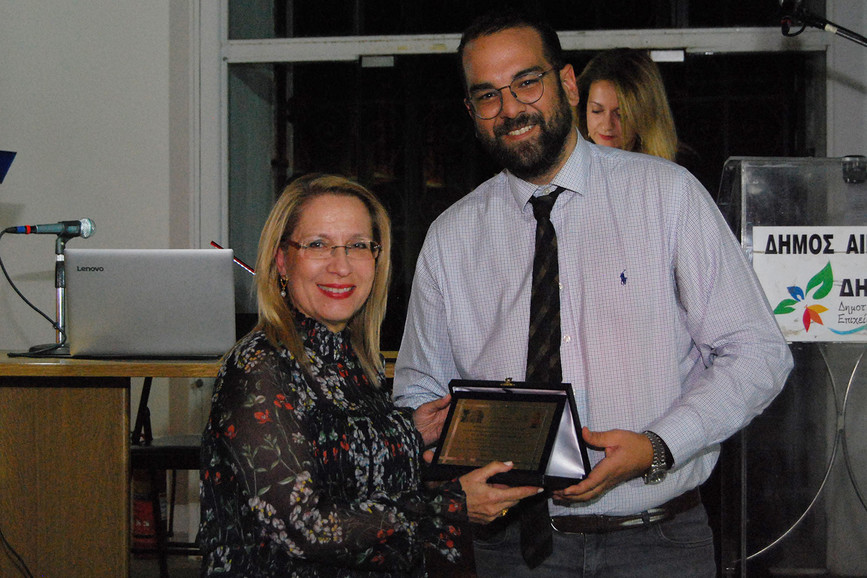 The director of the Ephorie of Achaia, Anastasia Koumousi, and the Peripheriarch (provincial governor) of Western Greece, Nektarios Farmakis, with the award in the form of a placard (Photo: Municipality of Aigion) 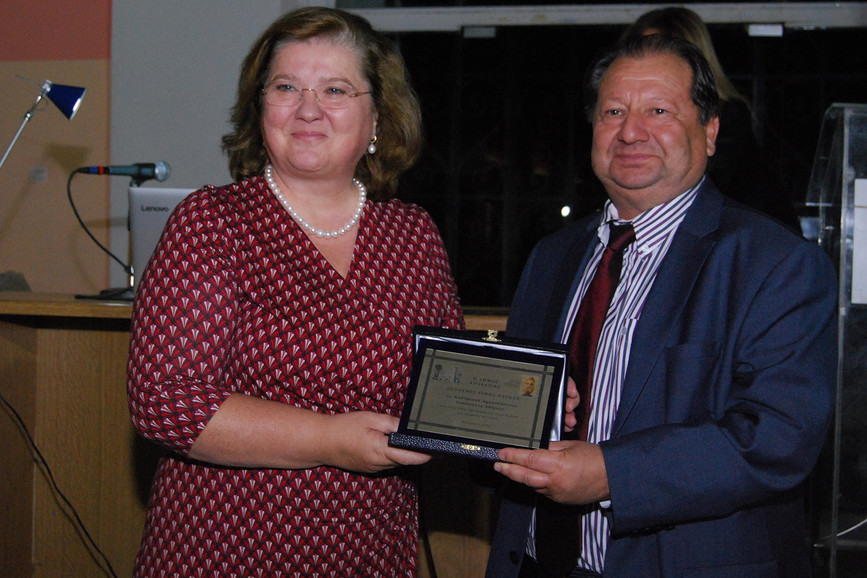 Mayor Dimitris Kalogeropoulos handing over the award for the OeAI Athens Branch to Dr. Birgitta Eder (Photo: Municipality of Aigion) 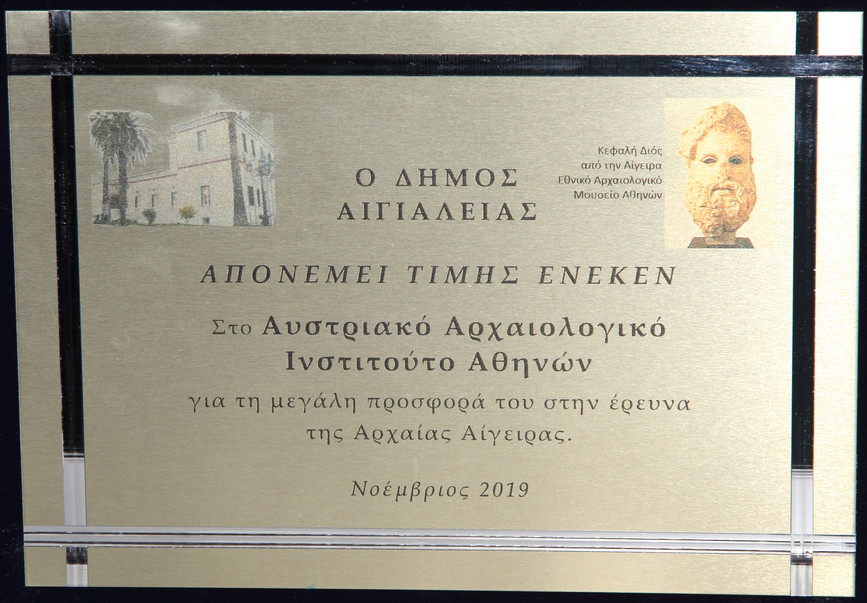 On the occasion of the three-year research programme in ancient Aigeira (Greece), which began in 2019 as a cooperative venture between the antiquities service in Achaia and the Athens branch office of the OeAI, a gala event took place on 1st November 2019 in the Archaeological Museum of Aigion.

In addition to numerous high-ranking exponents of national and regional politics, the mayor of the municipality of Aigialeia invited representatives of the Greek antiquities service as well as of the branch office of the OeAI. By way of introduction, Dr. Anastasia Koumousi, as head of the antiquities service of Achaia, presented the archaeological projects of the region, followed by welcoming remarks by Dr. Birgitta Eder, the director of the Athens branch office of the OeAI. Lectures by Dr. Walter Gauß, the Austrian director of excavations in Aigeira, and by the cooperative partner on the Greek side, Christina Katsarou, presented to a public of ca. 200 people the older and more recent archaeological research in Aigeira, where the ÖAI has worked since 1915, with shorter and longer periods of interruption.

In addition to paying tribute to the archaeological institutions, the event also served to officially honour the numerous landowners who have made their properties available to systematic investigations. In this way they have made possible the geophysical and archaeological research in the framework of the large-scale city survey, which began this year in Aigeira as a Greek-Austrian project.

The director of the Ephorie of Achaia, Dr. Koumousi, Dr. Birgitta Eder as Director of the Athens branch of the OeAI, and Dr. Georg Ladstätter as former Director of the Athens branch, as well as a number of landowners, also received awards in the form of a placard, in order to pay tribute to their contribution towards cultural heritage in the region. The Peripheriarch (provincial governor) of Western Greece, Nektarios Farmakis, brought the message of the evening to the point when he stated, »Nature and history. That is our great wealth. On the one hand we must preserve them, and on the other hand we must promote them and invest in them.«