A classically structured archaeological publication with the advantages of digital components 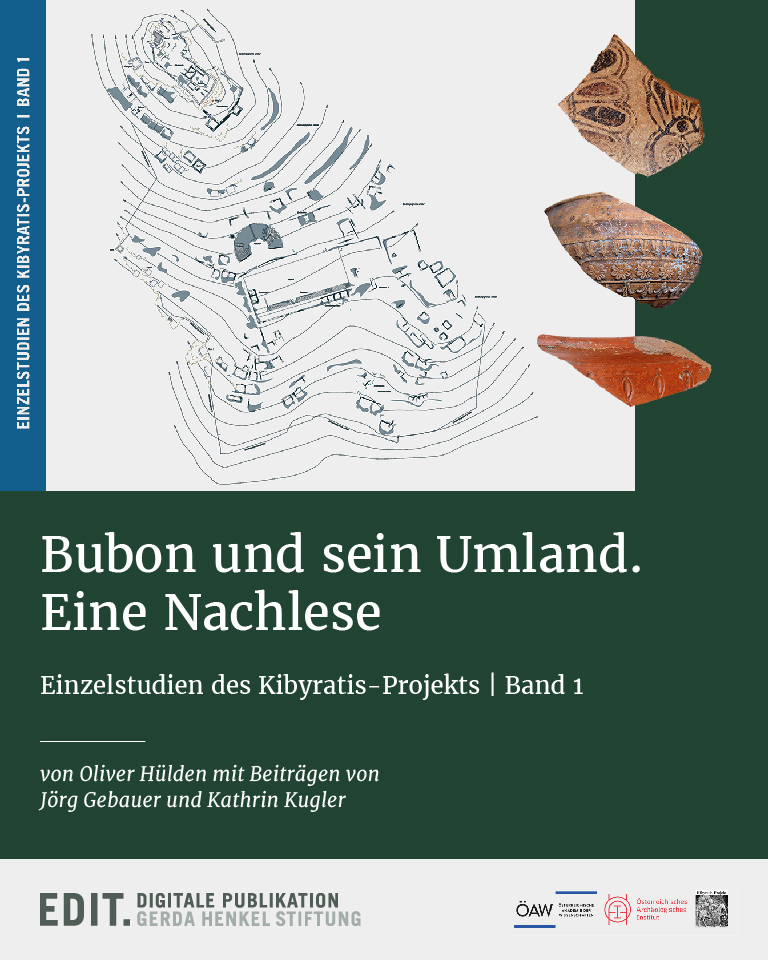 From 2008 to 2014, the Gerda Henkel Foundation funded archaeological-historical field research in southwestern Turkey, which was conducted under the direction of Thomas Corsten and Oliver Hülden. The subject of the research of this Kibyratis project was the immediate and wider surroundings of the city of Kibyra (Gölhisar, Burdur province), which was founded in Hellenistic times. In addition, the archaeological and epigraphical investigations focused on ancient Bubon and its rural area. The final research results on Bubon and its surrounding area can now be presented as the first volume of the »Individual Studies of the Kibyratis Project« and provide new insights into settlement history and development.

The volume, which was conceptually and technically developed in cooperation with the Foundation and the company PLEX GmbH, is published online on the EDIT platform. Digital Publication Gerda Henkel Foundation. Its special feature is that it retains the classic structure of material-based archaeological publications in a text, catalogue and illustration section and expands it considerably through the digital possibilities of integrating database holdings, expanded illustration and linking.

From the start of the project, the platform can be filled with data and texts and thus also enables faster publishing. In addition to texts and catalogue entries, basic data such as sketches, plans, photos, bibliographies or audio files can be integrated and archived, which can be easily accessed at any time.