On 1 October 1898, the Austrian Archaeological Institute started its activities 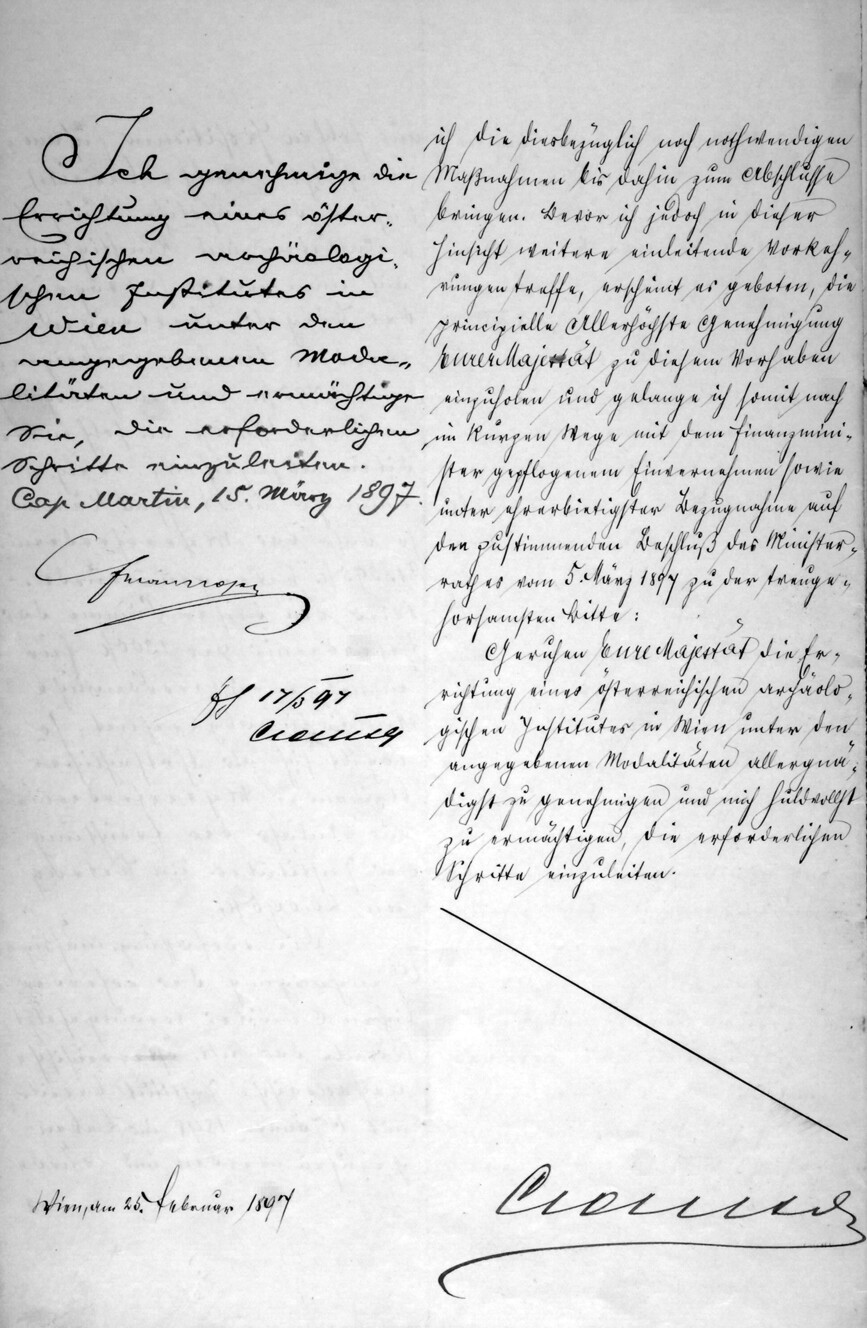 On 1 October 1898, the k.k. Austrian Archaeological Institute in Vienna began its scientific work. About one and a half years earlier, Emperor Franz Josef I had given his signature authorising the founding of the OeAI, because after three years of elaborate excavations in Ephesos (since 1895), those responsible had realised that a separate institute had become necessary for the handling of such a long-term excavation project.

At that time, the OeAI had the task of uniting all the activities of the Monarchy in the field of Classical Archaeology. This included scientific research (especially excavations in Austria and abroad as well as their publication), the administration of the museums in Aquileia, Pula, Zadar and Split, which belonged to Austria at the time, and the awarding of scholarships abroad.

The foreign stations of the k.k. Ministry for Culture and Education in Constantinople/Istanbul, Smyrna/Izmir and Athens were taken over by the OeAI in 1898. The secretariat in Constantinople was abandoned in 1901, while the offices in Athens moved to their own building. The institute building of the Athens branch was constructed according to plans by the architect Ernst Ziller on a plot of land donated by the Greek state for this purpose on Leoforos Alexandras and opened in 1908. From 1947–2003, the Austrian Embassy was also housed in this building.

The excavations in Ephesos began in 1895 under the direction of the Institute and were initially under the control of the branch in Smyrna. In Greece, the OeAI undertook regional surveys at Lousoi, Elis and Aigeira (Peloponnese) - sites which, like Ephesos, remained the focus of Austrian archaeological research.

In the economically difficult times following the collapse of the monarchy, the Institute managed to remain active, but the branch office in Izmir was closed and the staff reduced to a minimum. Its continued existence could only be secured, however, by its incorporation into the University of Vienna (1935). But even in these difficult times, numerous research projects were pushed forward, including the excavation and conservation of the Amphitheatre II of Carnuntum in the 1920s.

After Austria's annexation by the German Reich (1938), the Institute lost its independence in 1939 and became a branch of the German Archaeological Institute. In 1954, the status of 1935 was restored.

Today, the OeAI is a research institution of the Austrian Academy of Sciences (OeAW). Its more than 180 staff members at two locations in Vienna and four branch in Athens, Cairo, Ephesos and Krems are responsible for about 200 projects in Austria and abroad. The core task of the OeAI is the study of human history from the Quaternary to modern times, taking into account all material archaeological sources and written records. The Institute consists of three departments: Prehistory & West Asia/Northeast Africa Archaeology, Historical Archaeology and Classical Studies, which cover the entire range of subjects and methods of the disciplines they represent.