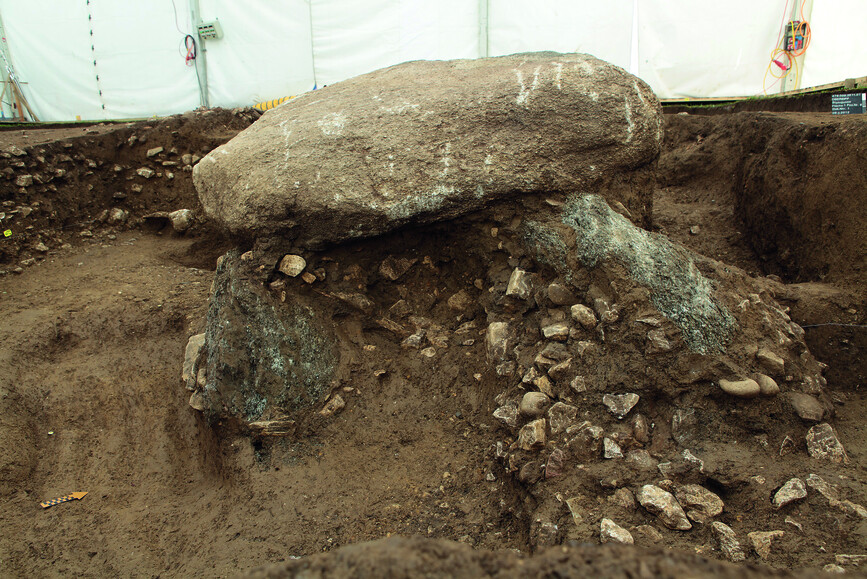 Genetic studies of Neolithic and Bronze Age skeletons from Europe have provided evidence for strong population genetic changes at the beginning and the end of the Neolithic period. To further understand the implications of these processes in southern Central Europe, we analyzed 96 ancient genomes from Switzerland, Southern Germany, and the Alsace region in France, covering the time span between the Middle and Late Neolithic to Early Bronze Age. Part of our dataset were also megalithic Dolmen burials from the Middle and Late Neolithic. With our analysis, we tried to answer the questions of who was buried in these impressive monuments and what was the relationship between the buried individuals? Our analysis revealed family trees covering up to three generations and most likely a patrilocal society. The following genetic transition on the onset of the Bronze Age correlates also with major changes in the material culture. Addressing the kinship in burials of the Final Neolithic and Early Bronze Age provides hints as to whether the emergence of a new genetic component in the region might change the social structure. Similar to the previous time period genetic relationships over several generations can be reconstructed and continuous practice of patrilocality can be supposed.

Location
Hollandstraße 11–13,  1st floor, 1020 Vienna. Participation in the event is subject to the 2.5 G rule (vaccinated, recovered, PCR-tested) and the wearing of a mouth-nose protection.

The event will take place as a hybrid event. You can also follow the lecture via Zoom:
https://oeaw-ac-at.zoom.us/j/82914975734?pwd=QWlXb
WhxYzd5NjV0cmlXVzdRdVV2UT09