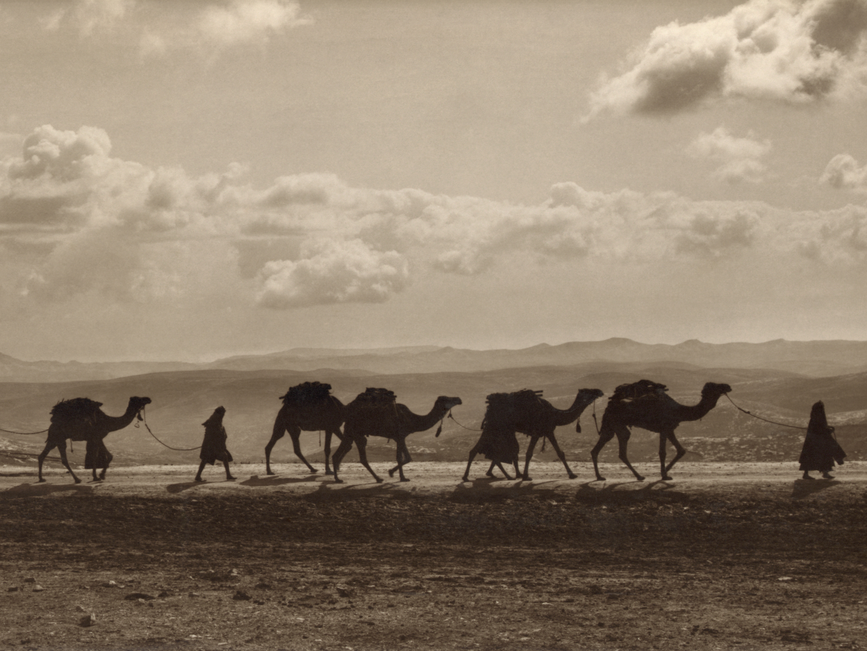 Although camels are not native to Europe, they have been found repeatedly at various sites in the Roman provinces. The oldest finds date back to the 1st century A.D. As there are also juvenile individuals among the finds, for example in Tanais, it was hypothesised that camels were not only imported to Europe, but also bred there.
For this study, serial intra-individual samples of tooth enamel were taken from four camels from European sites (Innsbruck-Wilten, Mamer-Bertrange, Tongeren and Trier) dating from the 2nd to the 4th century AD. The carbonate content of the enamel was analysed in terms of its carbon (C) and oxygen (O) isotopes. These data are routinely used for climate, environmental and dietary reconstructions. Here, they were used in a new approach to narrow down possible places of origin of the camels and to reconstruct large-scale migration movements during the first years of the animals' lives. The results of our study argue against the hypothesis of a European camel breeding by the Romans, as all individuals grew up in habitats outside Europe. In addition, the method we used can be used as an additional proxy for distinguishing 'Camelus bactrianus' and 'Camelus dromedarius' because of the specific, climatically very different distribution areas of the two camel species.