As of this year, the Austrian Archaeological Institute has united the three previous OeAW institutes in the field of archaeology and ancient studies under one roof. The basic research carried out at the Academy in this area, extending from the Stone Age to the modern era, is thus combined into an innovative and internationally visible knowledge hub. 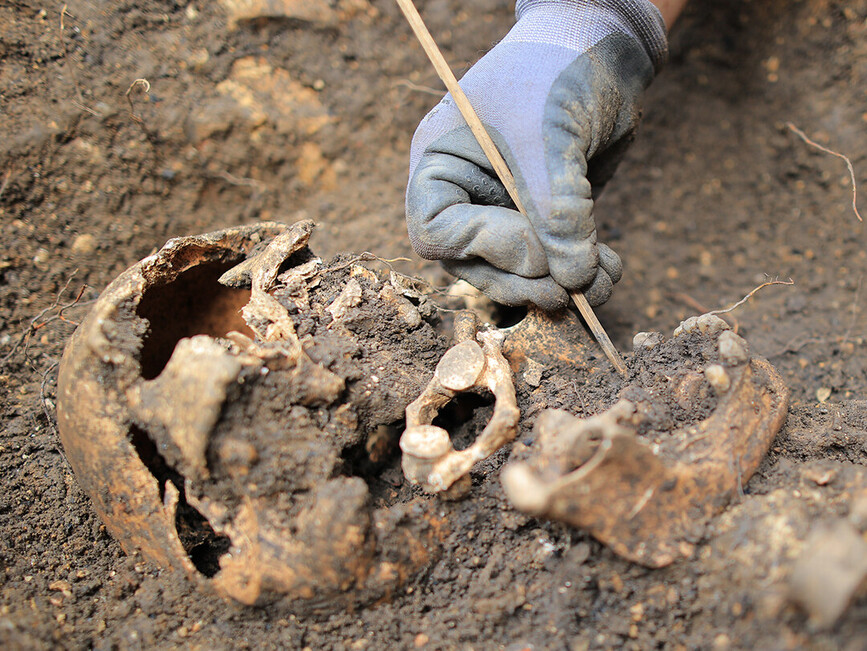 Archaeology and classical studies have a long tradition at the Austrian Academy of Sciences (OeAW): basic research on cultural heritage has been conducted at the Academy for over 140 years. During this time, not only have numerous accents been set for the international development of the two disciplines, but a unique temporal, geographical and thematic diversity in research has also been created.

This great potential is to be used even more effectively in the future to gain new insights into the history of our ancestors. For this reason, the three previously existing institutes of the OeAW have now been bundled into a single research institution: since the beginning of 2021, the Austrian Archaeological Institute (OeAI) has combined its previous research areas with those of the Institute for the Cultural History of Antiquity (IKAnt) and the Institute for Oriental and European Archaeology (OREA).

Thanks to the merger of the institutes, the current research activities will be even more strongly interlinked both reciprocally and internationally and the further establishment of innovative research fields will be advanced. "As we all know, together we are stronger. By bringing together basic research in archaeology and ancient history, we are creating a new "knowledge hub" at the Academy with around 180 staff members, which is unparalleled in this field in Austria and Europe," says OeAW President Anton Zeilinger.

This is especially true in the field of natural scientific archaeology, where researchers at the OeAW have been able to acquire comprehensive expertise in recent years. With the merger of the institutes, the existing specialised laboratories will be further expanded in order to be able to play a decisive role in shaping the increasing integration of archaeology and the natural sciences in the future. The new OeAI should thus advance to become a central point of contact in the field of bioarchaeological and geoarchaeological as well as archaeometric research in Austria.

The OeAW Institute also wants to set new standards in the field of digital archaeology and ancient studies, i.e. at the interface with information technology and computer science, as well as in strengthening the Heritage Sciences, a multi- and interdisciplinary field of research on the cultural heritage of mankind.

Internationally visible with field offices in Athens, Ephesus, and Cairo

In terms of organisation, the new OeAI will have branch offices in Athens, Ephesos and Cairo in addition to its headquarters in Vienna and a branch office in Krems, Lower Austria - places and countries that are of great importance for international archaeological and ancient history research. The research areas of the three previous institutes are reflected in the three departments of the new OeAI: Prehistory as well as West Asian and Northeast African Archaeology, Historical Archaeology and Classical Studies. The merging of the three institute libraries will also create a new complete library, which, with around 74,000 volumes, will be the most extensive library in Austria in the field of archaeological and ancient studies.

The Institute will be led by a board of directors consisting of the previous directors of the former institutes, Sabine Ladstätter, Barbara Horejs and Andreas Pülz, between whom the management will rotate every three years. The first period as managing director of the new OeAI of the OeAW from 2021 to the end of 2023 will be taken over by Sabine Ladstätter.