Archaeological Heritage in the Balkans in 3D 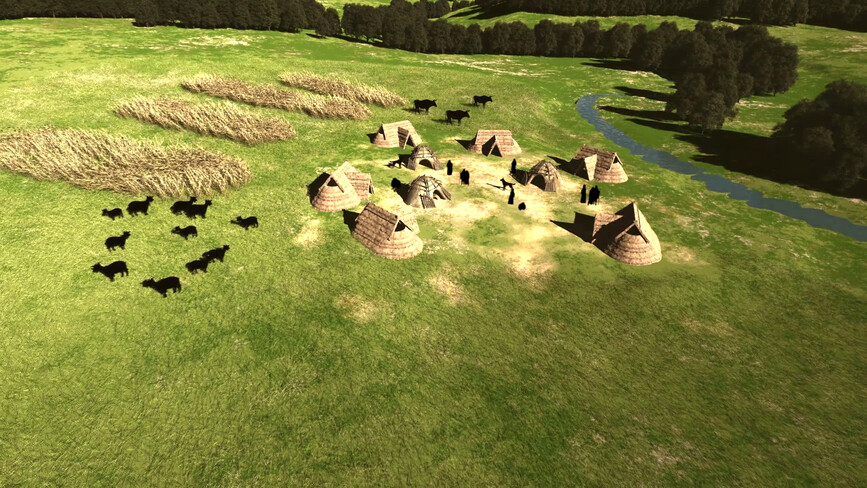 On 13 October, the OeAI exhibition »Balkan Archaeology in Focus: Visualising New Research« is opened by OeAW President Faßmann at the Austrian Academy of Sciences. The poster exhibition presents the latest results of archaeological research in the Balkans – a region that plays a central role in the history and culture of Europe. This will be followed by the premiere of the 3D animated film »Visualising the Unknown Balkans«. It shows reconstructions of the history of the central Balkans from the first settlement around 8,000 years ago to the early historical societies around 2,000 years ago.

The visualisation of the archaeological heritage in the Balkans puts the spotlight on a region that is fundamental to history on the European continent in many ways. Southeast Europe is a key region for human history, where fundamental cultural, social and technological developments first appear and have a lasting impact on Europe and its societies. This makes the Balkan region one of the most exciting and also challenging areas for basic archaeological research. The Austrian Academy of Sciences can look back on a long tradition of research in South Eastern Europe, which the Austrian Archaeological Institute continues in close cooperation with partners from various Balkan countries.

Among other things, the latest findings from the Serbian site of Svinjarička Čuka will be on display. Here, the Serbian-Austrian research team discovered remains of early Neolithic houses that were permanently inhabited by early groups of farmers and cattle breeders. This is the first evidence of permanent, fixed architecture in this region.

The poster exhibition and the 3D animated film can be seen at the Austrian Academy of Sciences in Vienna (Doktor-Ignaz-Seipel-Platz 2) until 7 November with free admission from Monday to Friday from 8–17:30. After the presentation in Vienna, the travelling exhibition will be shown in institutions, museums and schools in the Balkans.

The opening of the exhibition will start on 13 October 2022 at 3 pm followed by a reception in the main building of the Austrian Academy of Sciences, Doktor-Ignaz-Seipel-Platz 2, 1010 Vienna. We kindly ask you to register at manuela.endel@oeaw.ac.at.

Barbara Horejs
Scientific Director and Head of the Dpt. of Prehistory & WANA-Archaeology
+43 650 42 70 027
barbara.horejs(at)oeaw.ac.at