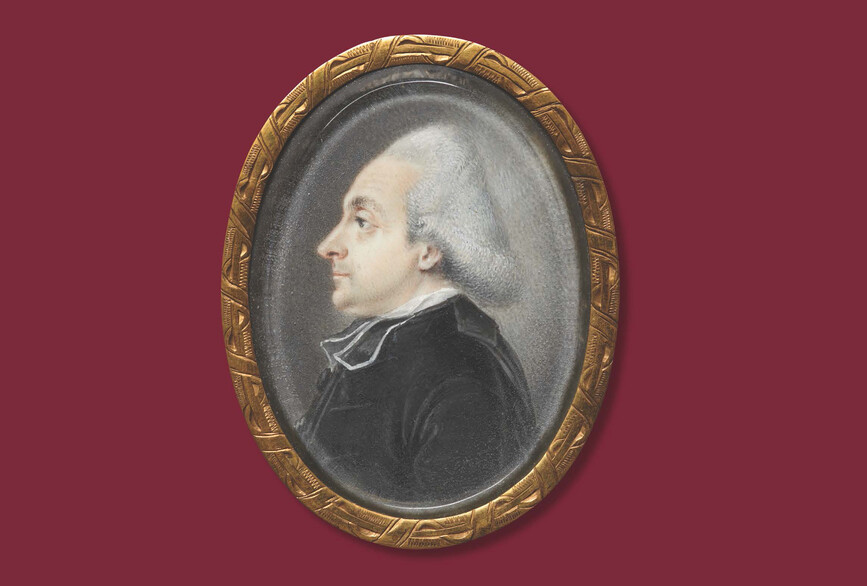 For coin enthusiasts he is a cult figure: Joseph Eckhel (1737–1798) is considered the »father of numismatics«. However, surprisingly little is known about his life, personality and the background of his studies. This research gap has now been filled by Bernhard Woytek, deputy head of the Department of Classical Studies at the Austrian Archaeological Institute, and by the numismatist and archaeologist Daniela Williams, who works at the same institute, with their new edited volume »Ars critica numaria«.

Perhaps you have wondered who the men depicted at the base of the Maria Theresa Monument are, between the Naturhistorisches Museum and the Kunsthistorisches Museum in Vienna? On one side, the fields of the arts and sciences are represented, among others, by the physician Gerard van Swieten, the composers Christoph Willibald Gluck, Joseph Haydn and Wolfgang Amadeus Mozart. All well-known names. But who is Joseph Eckhel?

Born in 1737 in Enzesfeld, Lower Austria, Eckhel is a cult figure of ancient numismatics. He is regarded as the founder of numismatics as a science; in his eight-volume opus magnum "Doctrina numorum veterum" (for which he had originally conceived the title "Ars critica numaria") he presented a new system of classification for Greek and Roman coins. Eckhel received his education from the Jesuits, joined the order, and it was there that he became interested in numismatics, a field of studies in which he eventually specialised. His research later took him on a journey through Italy to Bologna, Rome and Florence. When he returned to Vienna in 1774, his order had been suppressed. In search for a new job, he became curator of the imperial collection of ancient coins under Maria Theresa (today the treasures guarded by him can be found in the Kunsthistorisches Museum).

Although Eckhel has been celebrated as the »father of numismatics« since the 19th century, the life and work of this important scholar have not been critically analysed so far. This research gap has now been filled by Bernhard Woytek, deputy head of the Department of Classical Studies at the Austrian Archaeological Institute, and the numismatist and archaeologist Daniela Williams, who works at the same institute, with their open access publication »Ars critica numaria«: the edited volume contains about 20 contributions by international experts on various aspects of Eckhel's life and works.

Why do we know so little about Joseph Eckhel's life?

Bernhard Woytek: Eckhel is commonly referred to as the founding father of ancient numismatics, and his contemporaries held him in high esteem. In the 19th century, even a veritable cult around Eckhel set in, among coin people. Numismatists read his works intensively, but for reasons that are difficult to understand for us, there has never been a critical scholarly examination of his personality and his work. That was a research gap we stumbled into. We looked at a new source by reading his scholarly correspondence, transcribing and annotating it.

Daniela Williams: Contemporaries describe him as amiable, amusing and witty. No private letters from Eckhel's correspondence are known, but those to scholars to whom he was close occasionally allow us a glimpse of his personality.

Woytek: The letters show that he must have been a man full of esprit and wit – apart from his enormous erudition, based on his humanistic education. He was popular with many colleagues and friends. But, of course, he was also a glutton for work.

Are there any examples of his wit?

Williams: A coin collector from Germany, Countess Bentinck, sent a letter to the coin expert in Vienna. Based on her descriptions, he determined that many of her coins were forgeries. And in his reply, he played ironically with his role as a priest: the countess had confessed numismatic mortal sins to him and he, as her confessor, still had to consider whether she would get away with a light penance.

Woytek: Eckhel was a critical mind, in every respect. He wrote most of his books in Latin, with the exception of a small introductory work in German, a textbook for students at the University of Vienna, where he taught numismatics. There, for example, he sneers at the Byzantine emperors, saying that they indulged in theological musings and gouged out each other's eyes in the zeal of the Lord. These are words one would not expect from a priest. Eckhel was by no means a bigoted, strictly religious scholar. He had a critical distance from many things, very much in the spirit of the Age of Enlightenment, also known as the »Age of Criticism«.

What was his task in the imperial coin cabinet?

Woytek: The Habsburg coin collection was one of the most important in the world in the 18th century. Within a few years Eckhel had arranged all the ancient coins according to a new system, part of which he developed himself. And he first set out this new order in a large two-volume catalogue, which was published in 1779 — only five years after he had taken up his post at the Coin Cabinet. This was his most important step towards scholarly recognition.

Williams: But he also welcomed researchers and other visitors to the collection. The Vienna Numismatic Collection was definitely a place for guest researchers, as we would call them today. But it was also a place for travellers who toured Europe, such as aristocrats or coin lovers. Eckhel regularly gave guided tours and influenced many researchers. Imagining him sitting alone in the proverbial ivory tower of science and rearranging coins is certainly not true.

Woytek: Our approach was to contextualise Eckhel and precisely locate him in the European republic of learned numismatists. So far, he has too often been perceived as an isolated phenomenon. We want to show what influences he exerted, but above all, what influences had an effect on him.