The Conservation of Roman Frescoes in the City Centre of Ephesos 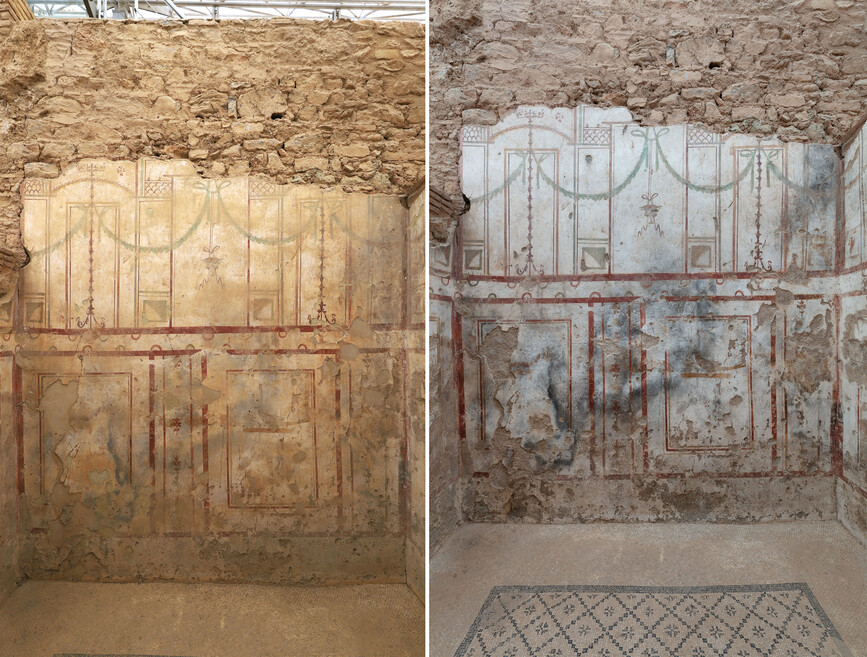 Terrace House 2 in Ephesos is an impressive monument to the domestic culture of the Roman elites. Strictly speaking, it is a 4000 square metre insula on which seven houses were built on three terraces. The interior decoration is impressive due to the use of luxurious materials and high craftsmanship. The frescoes that adorned the walls of numerous rooms immediately catch the eye of today's viewer. A tour of Terrace House 2 via galleries reveals the full splendour of these paintings, which are often several metres high and in an exceptionally good state of preservation.

Nevertheless, various events and processes over the course of the last 2000 years have taken their toll on the frescoes. Painted over again and again, the wall surfaces served, for example, as a substrate for graffiti and dipinti; scribbles can be found on almost every painted wall. Fire damage and deformations can be traced back in most cases to the destruction of the building in the course of a great series of earthquakes in the later 3rd century AD. Immediately afterwards, many of the paintings on the now ruinous and roofless building were exposed to wind and weather before being slowly covered with earth.

The excavations of Terrace House 2 from the 1960s onwards exposed the frescoes room by room and, despite the immediate erection of protective roofs, they were again exposed to the weather and, of course, to the excavation activity itself, and suffered further loss of substance. In addition, initial conservation measures were taken using materials that retrospectively proved to be harmful to the ancient surfaces. It was not until the construction of the large protective building in 2000 that it was possible to view the entire stock of paintings and assess their state of preservation. This revealed serious damage, ranging from easily removable dirt, mould and fungal infestation to various persistent encrustations and extensive peeling of the surfaces.

It was imperative to begin conservation measures in order to sustainably secure the frescoes in Terrace House 2 and present them according to a consistent concept. The heritage project, which is scheduled to last for years, is being carried out by experts from Ankara Hacı Bayram Veli University and provides for only damage to be treated, the antique inventory to be secured and the surfaces to be cleaned; no additions or even reconstructions will be made. Every year, conservation specialists work with students in Ephesos for several months, internships are offered and academic papers are being written. In addition to the conservation aspects, the attractiveness of this project for the public should not be underestimated. Visitors to Terrace House 2 are offered a direct insight into conservation work, and the work areas are easily visible.

The cooperation between the Austrian Archaeological Institute and the Ankara Hacı Bayram Veli University is to be continued in the coming years and, as in the past, we hope for support from the Ephesus Foundation. Together we have set ourselves the ambitious goal of letting the colourful splendour of the Ephesian frescoes shine for future generations. 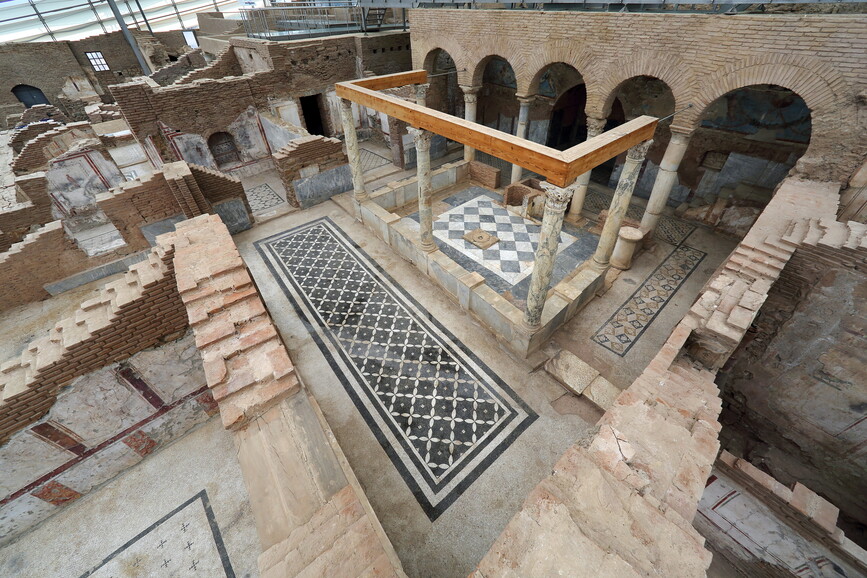 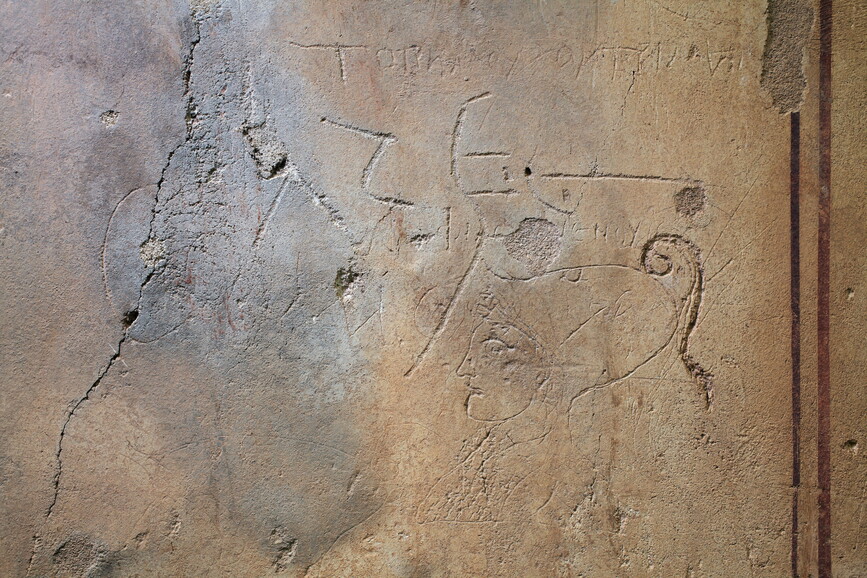 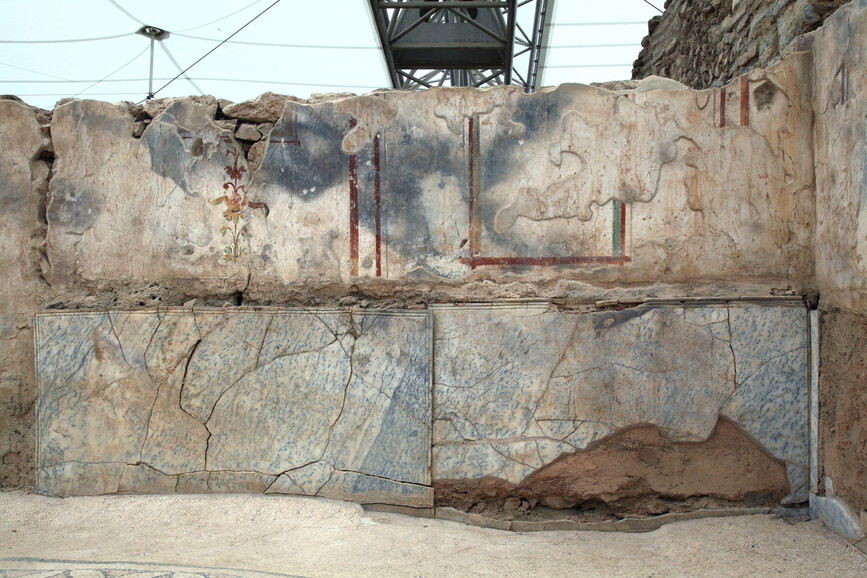 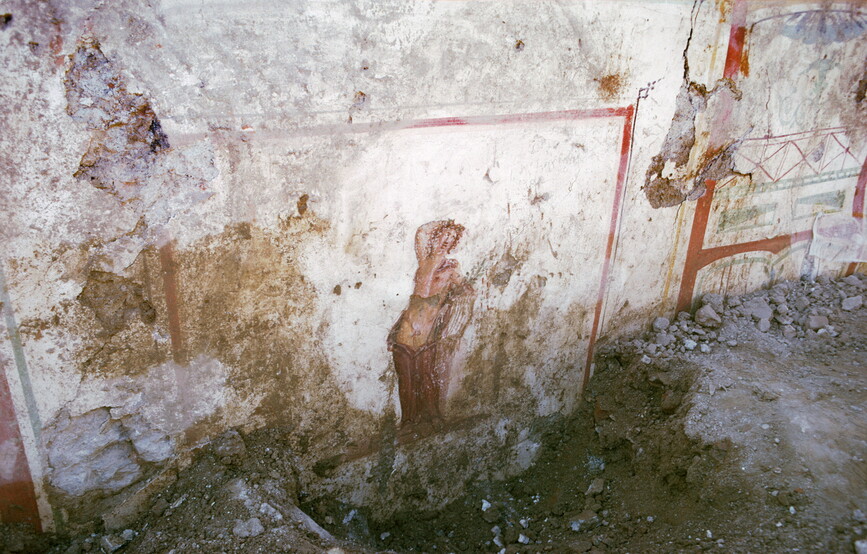 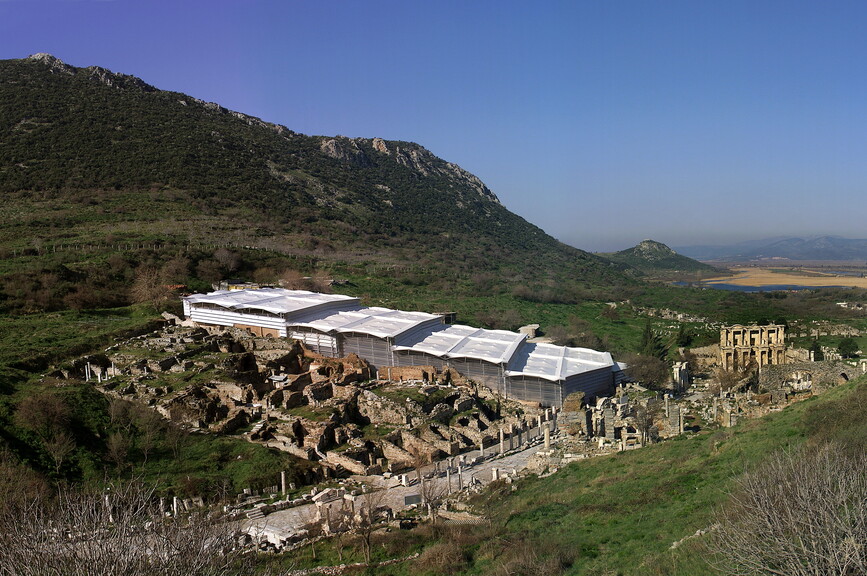 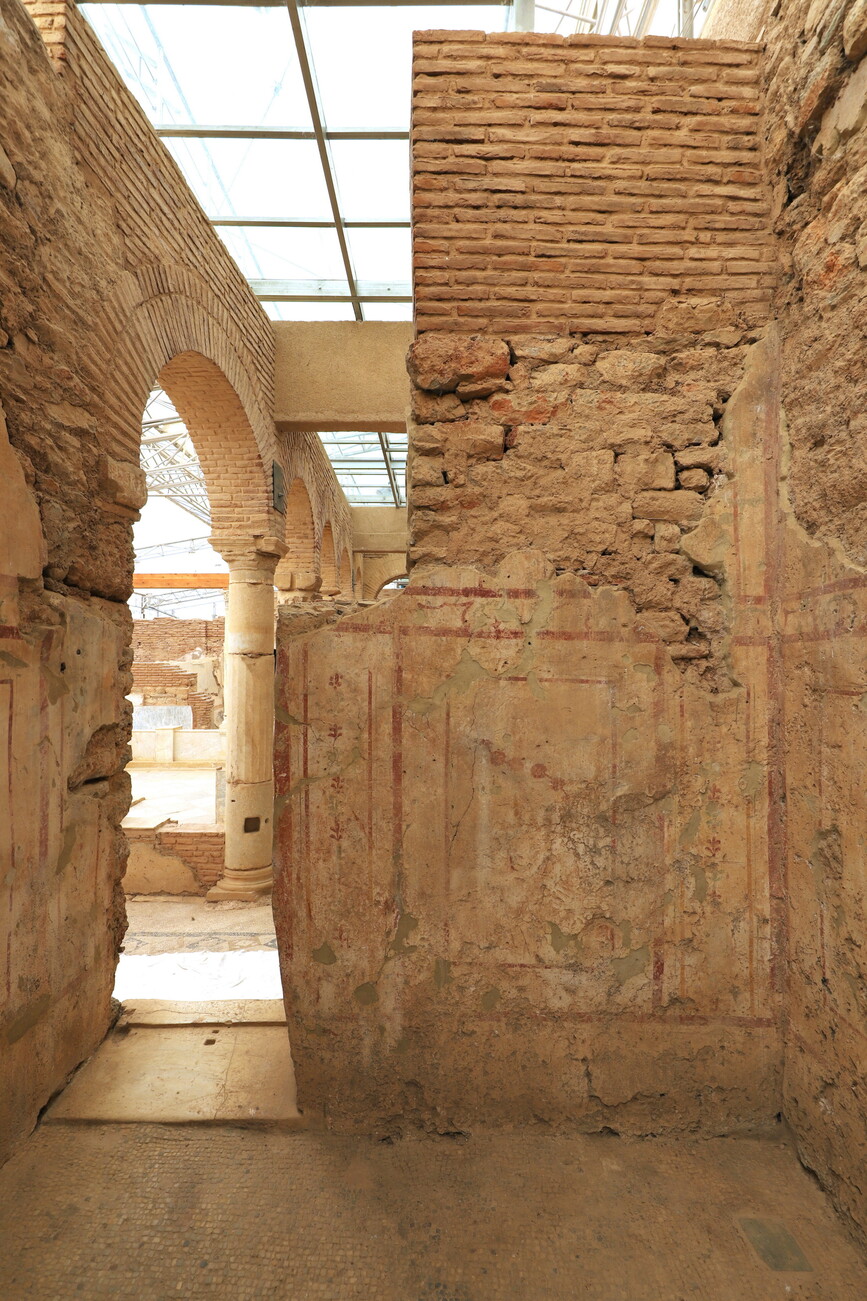 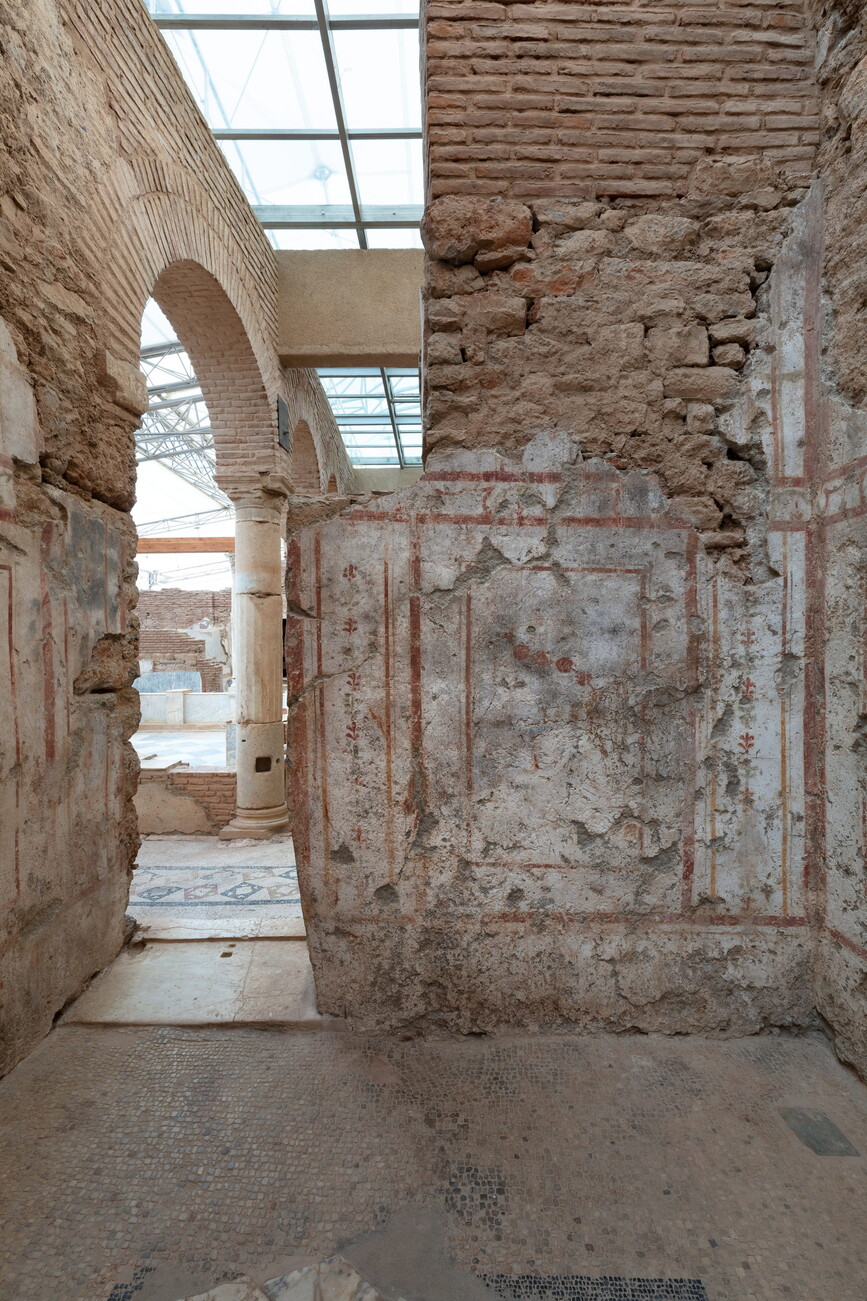 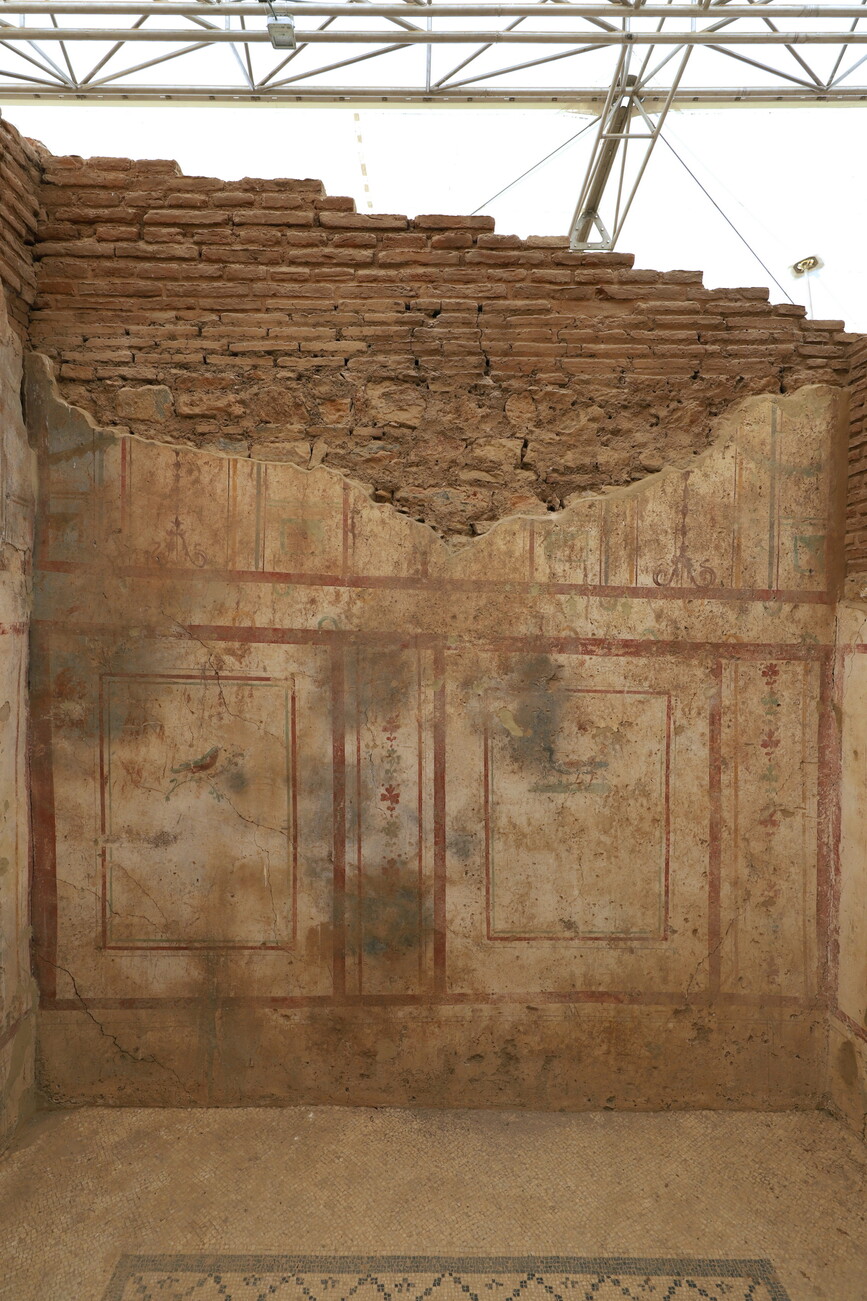 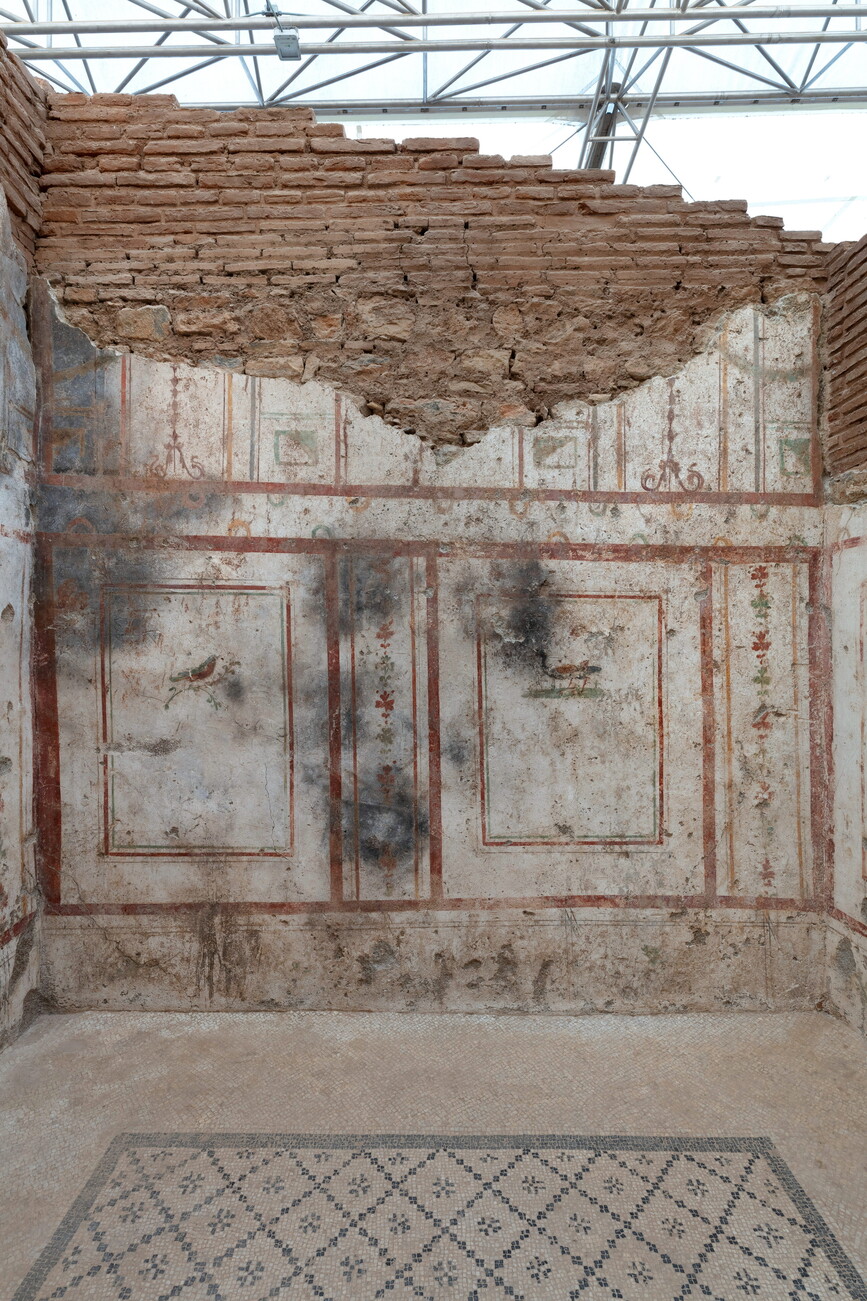 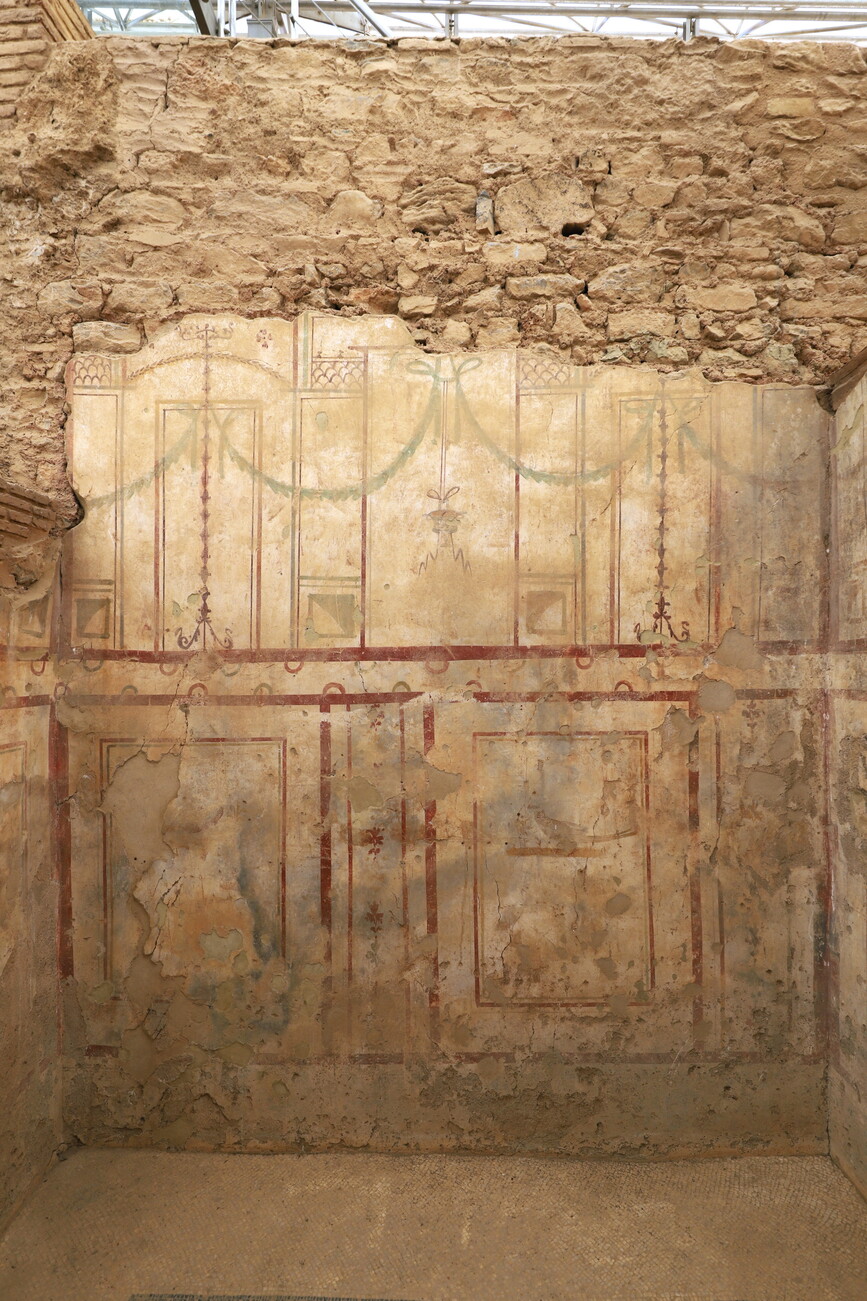 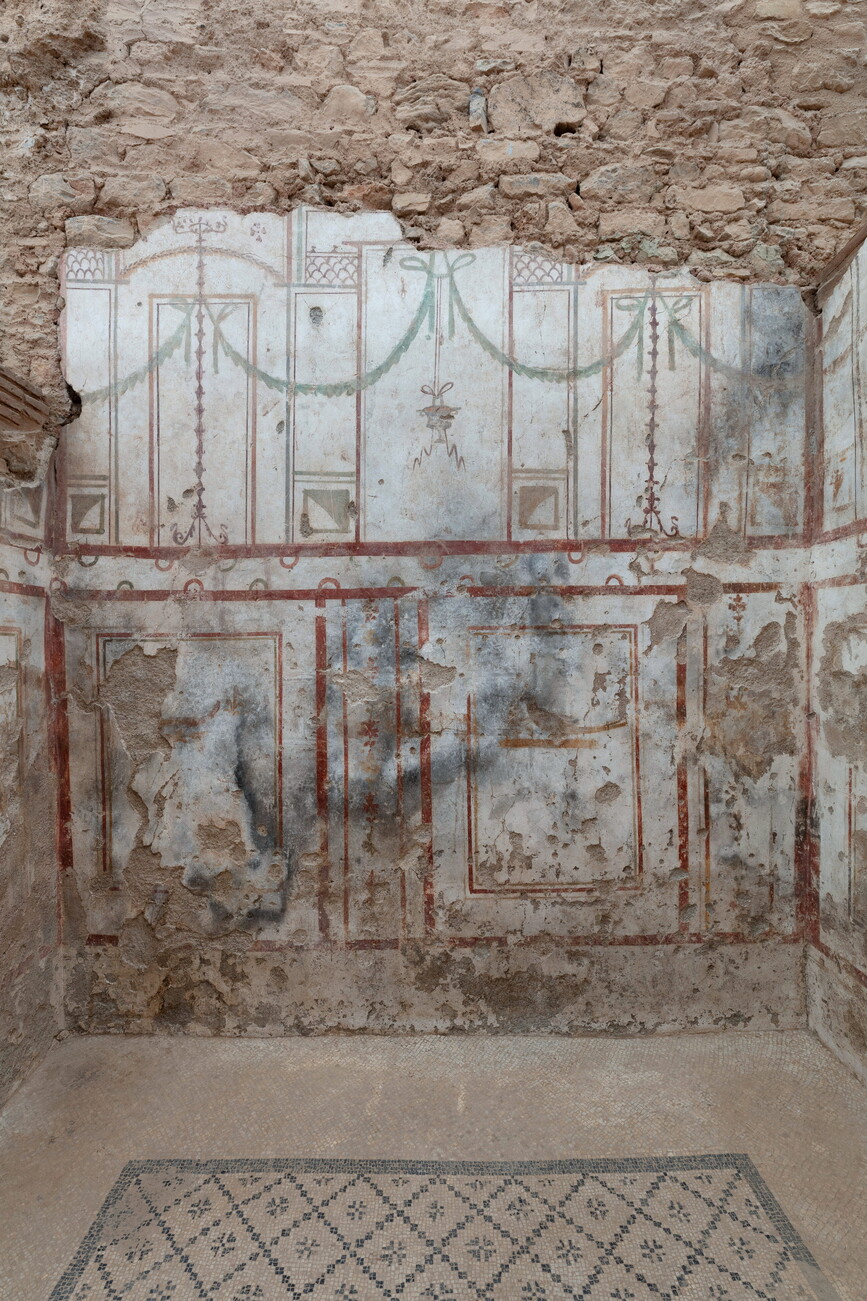 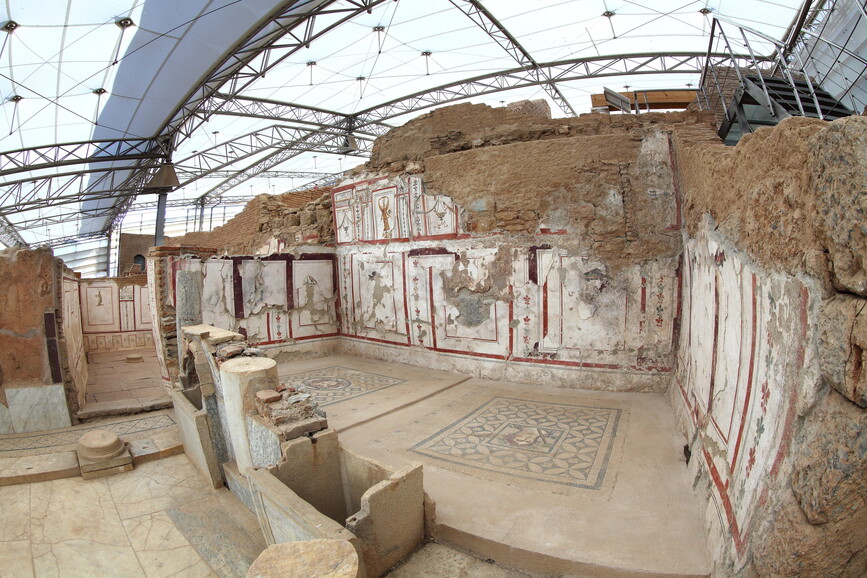 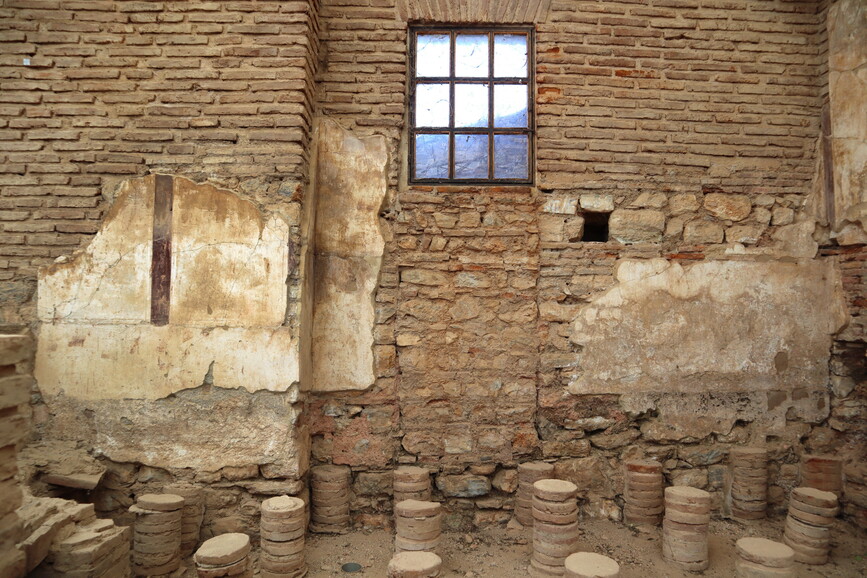 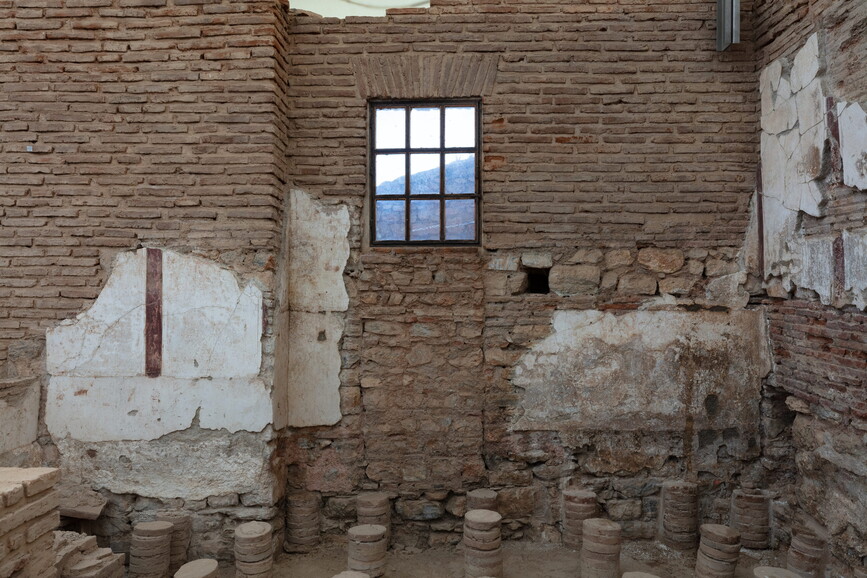 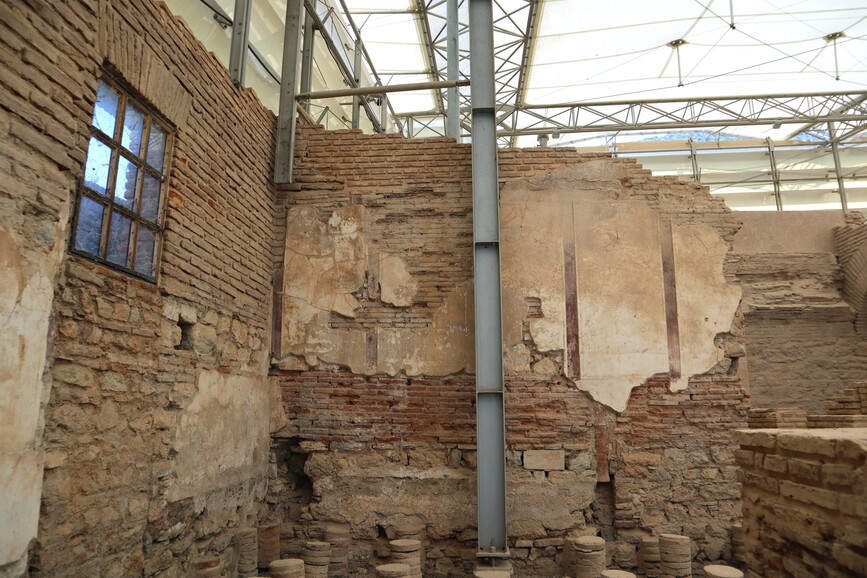 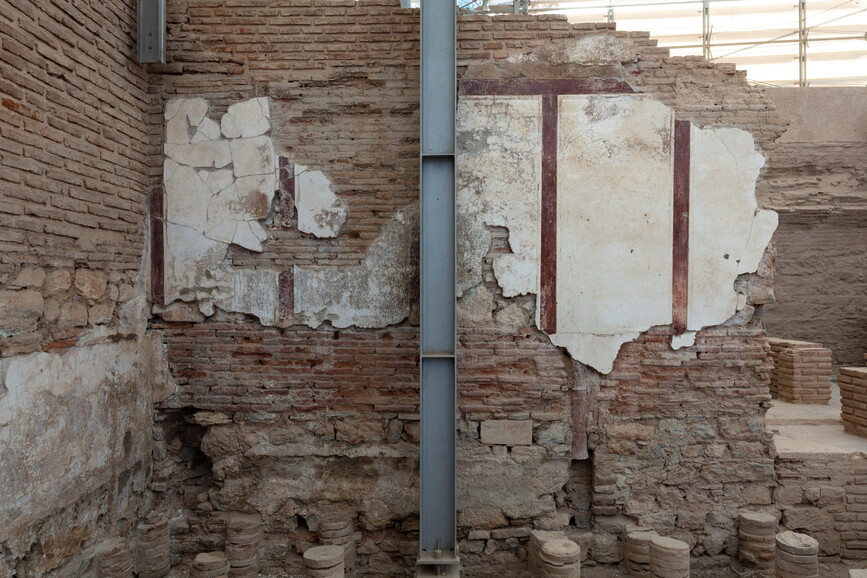 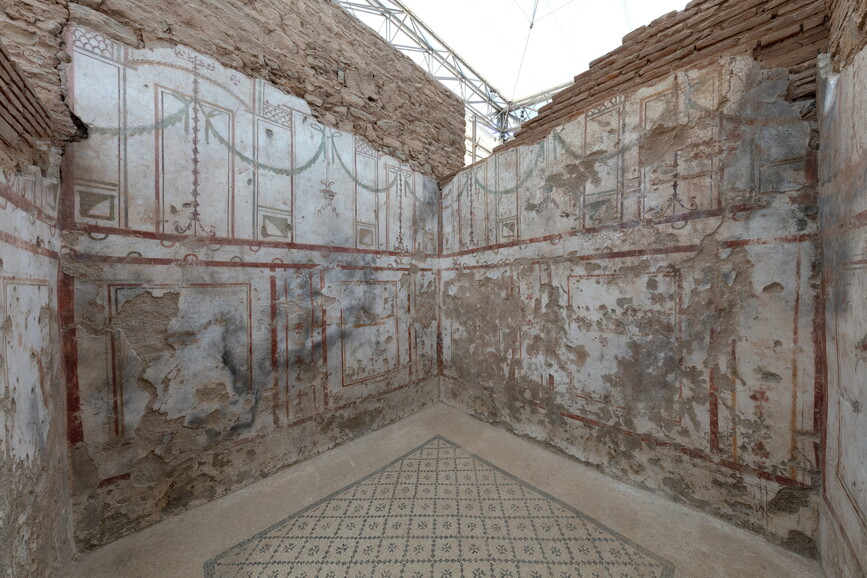 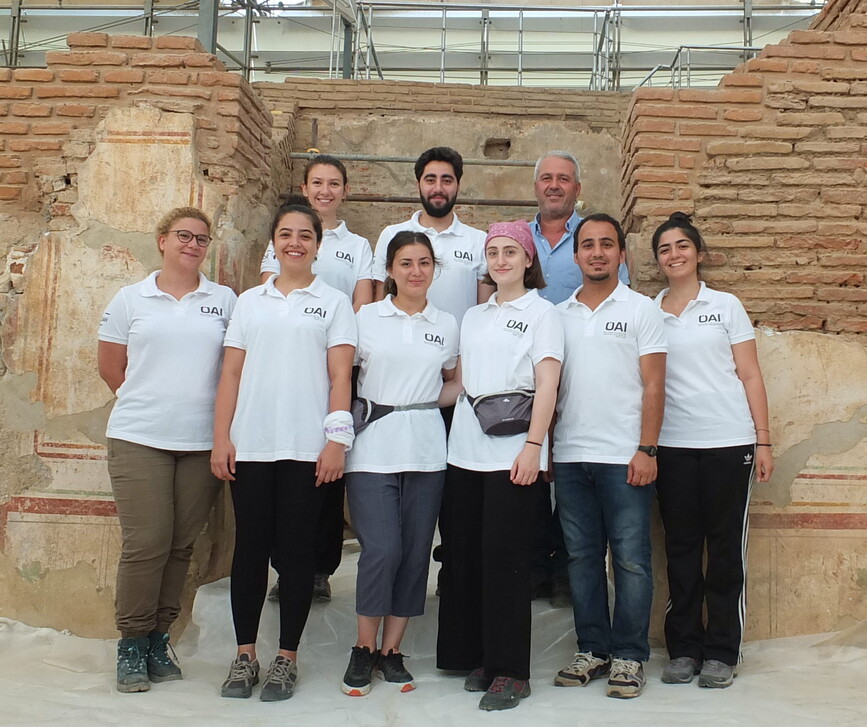