Thanks to the Ukraine Emergency Call of the Austrian Academy of Sciences, the first scientists can continue their research in Austria. Linguist Oksana Turkevych is one of them. 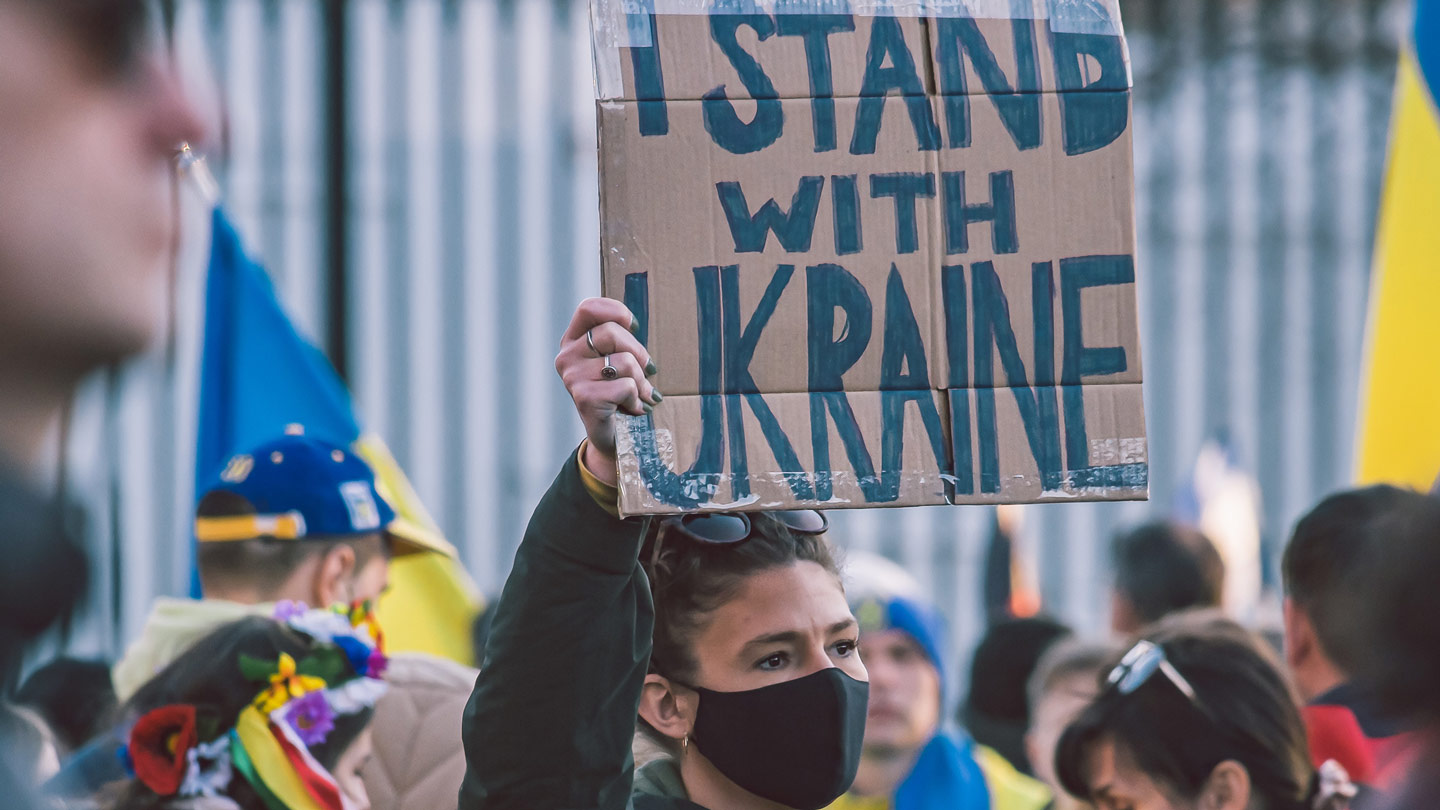 Together with partner institutions, the OeAW is bringing researchers from the Ukraine to Austria. © Unsplash

Hiding in air-raid shelters, fighting or fleeing: since the war in Ukraine began, the lives of researchers in the country have changed dramatically. As a sign of solidarity, the Austrian Academy of Sciences (OeAW) launched an emergency call at the end of February to support scientists from Ukraine and enable them to continue their research work in Austria. The first research stays have now been awarded to 50 Ukrainian scholars.

Oksana Turkevych is one of the researchers who was able to come to Austria with the help of the OeAW's Ukraine Emergency Call. Before the war, the Slavic scholar and professor of applied linguistics taught at the Ivan Franko National University of Lviv (Lemberg). When Russian bombs hit a military base near Lviv close to the Polish border in early March, she decided to flee with her six-year-old daughter.

She found out about the OeAW's emergency call while she was still in her home country and applied. "My husband took us to the border by car and we walked to Poland. A friend from Austria picked us up from there and took us to Vienna," says Turkevych. Upon her arrival in Vienna, she received the notification that she had been accepted into the program. Since then, she has been researching at the University of Vienna on the topic of Ukrainian as a mother tongue in Austria and examining the development of an intercultural dialogue between the two languages.

The implementation of her project is accompanied by Michael Moser, Professor of Slavic Linguistics and Philology at the University of Vienna, as host and mentor. Supporting fellow Ukrainian scientists is particularly important to him: "In difficult times like this, you can see whose heart is in the right place. I am very grateful to the Austrian Academy of Sciences and everyone involved for the program. In our sub-project 'Ukrainian Philology for Peace in Ukraine' we will do everything in our power to justify the trust placed in us."

"Our program is a quick and unbureaucratic startup fund for Ukrainian colleagues who have had to escape the war to Austria," Anton Zeilinger explains. "At the same time, we want to create prospects for the time after the war. We want to strengthen the connection in terms of 'brain circulation' between Ukraine and Austria, so that we can continue to conduct research together with our partners in Ukraine in a peaceful future," the OeAW President said.

The Ukraine Call of the OeAW is open to all domestic research institutions or research funding agencies who would like to support refugee scientists. The Austrian Centre of Industrial Biotechnology (ACIB), the Ludwig Boltzmann Gesellschaft (LBG), the Vienna Science and Technology Fund (WWTF) and the City of Vienna are already participating. As a result, a total of around 500,000 euros is currently available.

The OeAW initiative is aimed at Ukrainian academics from all disciplines who have already left or who will leave Ukraine. The projects submitted are selected according to an accelerated peer review process.

If they are successfully accepted into the aid program, the researchers can be given the opportunity to carry out their scientific project for a maximum of four months at a research institution in Austria, be it at the OeAW, at a public university, or at another publicly funded research institution. There, the hosts support the implementation of the approved projects as mentors.

All information about the Ukraine Emergency Call: