Prof. Gerhard Wurm (Universität Duisburg-Essen, Germany) will tell us about his lab experiments with dust grains related to planetary atmospheres and planet formation. 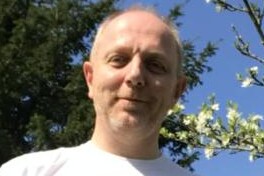 Tribocharging is so incredible common, loudly making its point in a thunderstorm, that it needs little motivation. The amazing part is how little is known in detail of how tribocharging works.

Even without knowing the underlying mechanisms though, charging can be applied to various aspects of planetary science. Collisions of dust and larger particles during planet formation change the physics of protoplanetary disks quite a bit. On one side, the grains themselves stick much more efficiently if charged which makes planet formation more easy, to what extend is subject to ongoing research. On the other side, some charge is leaking into the disk’s gas during particle collisions, ionizing parts which have been thought to be rather neutral before. This might have implications for turbulence or disk chemistry, something we found quite recently. On planetary surfaces, every contact made and broken will induce a charge transfer between surfaces. This is important during wind transport. On Mars, e.g., charging during saltation can reduce the wind speeds needed to pick up dust which might explain high dust emission rates in view of rather low wind speeds. However, once airborne, as outlined above the separation of charged grains can also lead to large scale electric fields, breakdown in the atmosphere and its ionization going along with it. Going back to collisions, also the aggregate structure of airborne dust can be influenced strongly by charges, dipoles and external electric fields.

To study these processes, we use microgravity experiments but also developed ground based setups including grains in acoustic traps, wind tunnels, charging under high vacuum, and collisional charging of water ice grains. These experiments also shade light on the fundamental processes of tribocharging.