Forgetting, Using and Discrediting the Past 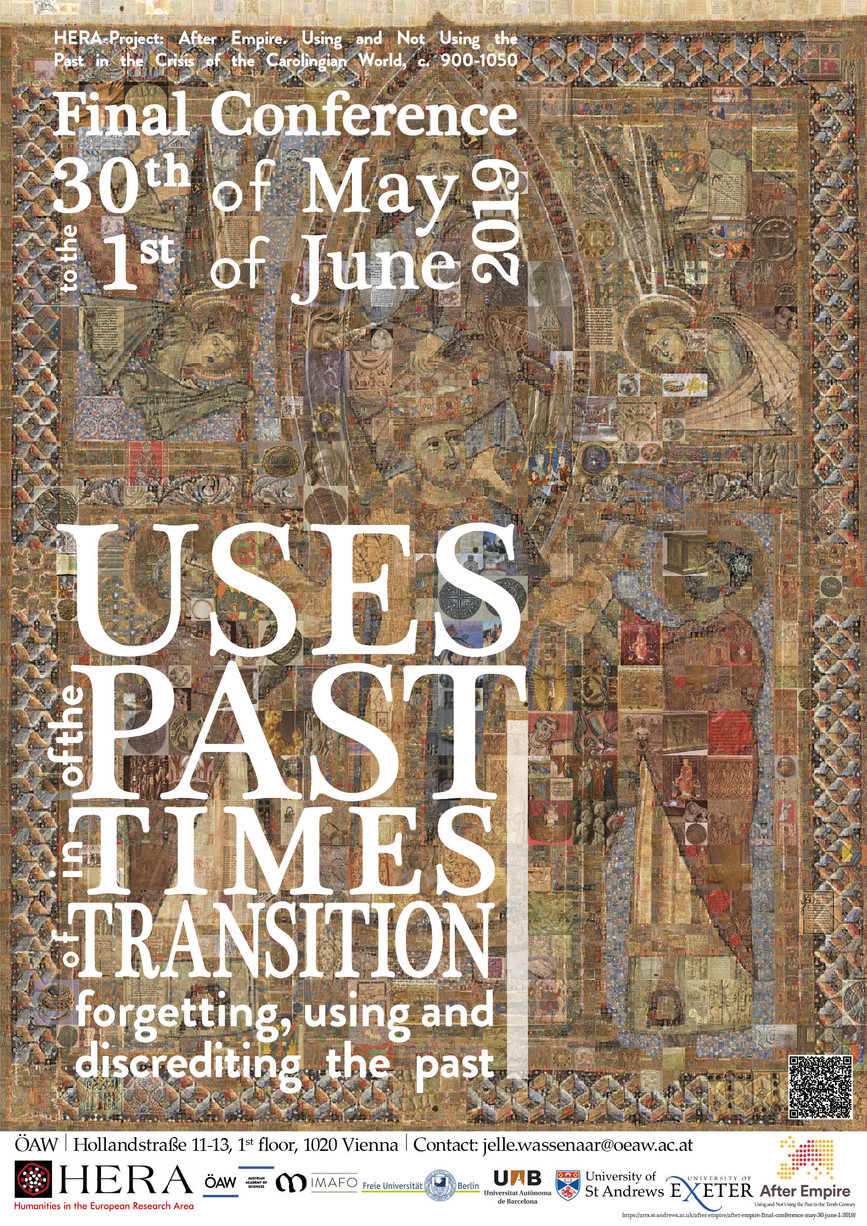 Final Conference of the HERA Project:
After Empire. Using and Not Using the Past in the Crisis of the Carolingian World, c. 900-1050

The European tenth century has often been taken as the starting point for the national narratives of modern nations, such as France and Germany, but is also derided as a ‘dark age’ that followed the dissolution of the Carolingian Empire (751-888/899). Instead of framing the tenth century as a time of decline or national origins, the After Empire project has sought to approach the period on its own terms. ‘Uses of the past’ has proven to be a fruitful theme for this endeavour, as the lack of clear administrative and legal institutions in tenth-century Europe meant that claims to authority and legitimacy in the present often drew on appropriations of the past. At the final conference of the After Empire conference, scholars will speak on ‘Uses of the past in times of transition’ from a comparative perspective, bringing together scholars working on medieval Europe, Georgia, Armenia, and the Middle East.