Violence and Religious Service in the Early Middle Ages 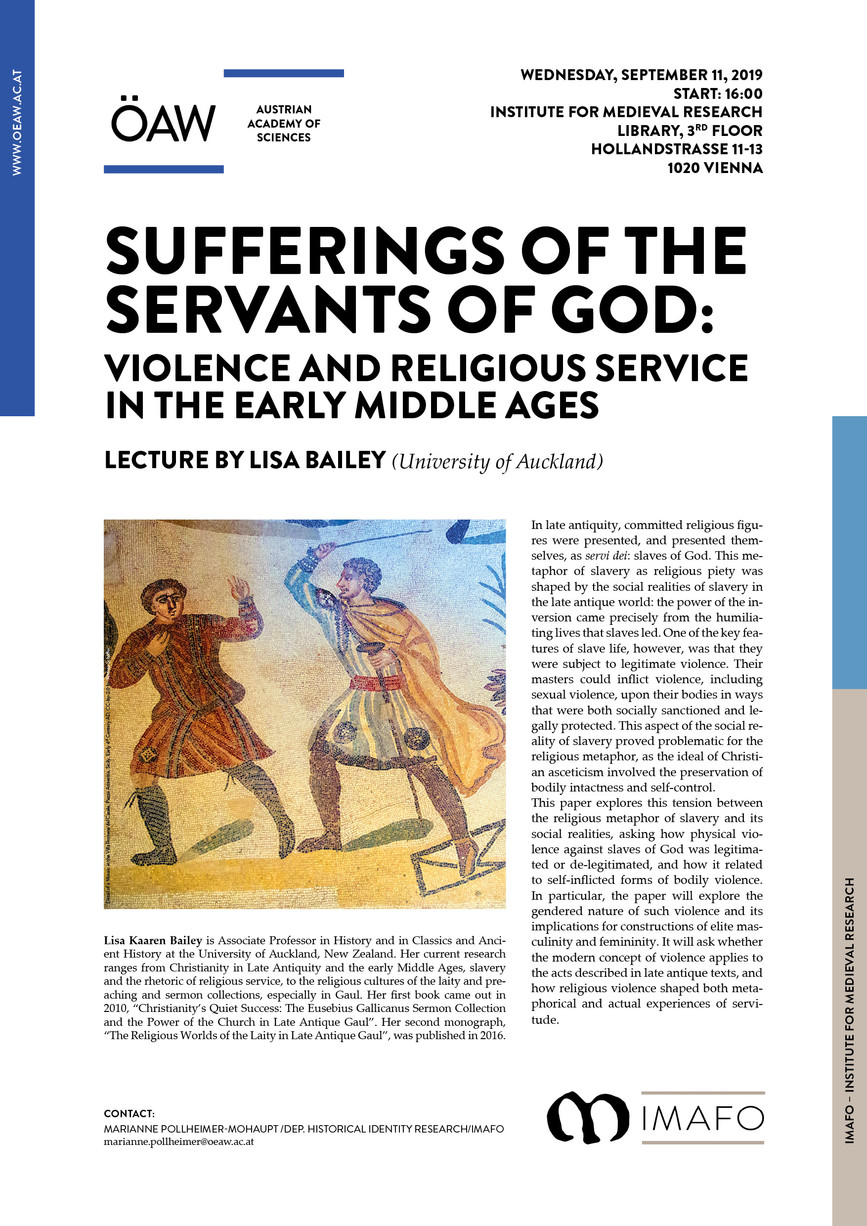 In late antiquity, committed religious figures were presented, and presented themselves, as servi dei: slaves of God. This metaphor of slavery as religious piety was shaped by the social realities of slavery in the late antique world: the power of the inversion came precisely from the humiliating lives that slaves led. One of the key features of slave life, however, was that they were subject to legitimate violence. Their masters could inflict violence, including sexual violence, upon their bodies in ways that were both socially sanctioned and legally protected. This aspect of the social reality of slavery proved problematic for the religious metaphor, as the ideal of Christian asceticism involved the preservation of bodily intactness and self-control.
This paper explores this tension between the religious metaphor of slavery and its social realities, asking how physical violence against slaves of God was legitimated or de-legitimated, and how it related to self-inflicted forms of bodily violence. In particular, the paper will explore the gendered nature of such violence and its implications for constructions of elite masculinity and femininity. It will ask whether the modern concept of violence applies to the acts described in late antique texts, and how religious violence shaped both metaphorical and actual experiences of servitude.

Lisa Kaaren Bailey is Associate Professor in History and in Classics and Ancient History at the University of Auckland, New Zealand. Her current research ranges from Christianity in Late Antiquity and the early Middle Ages, slavery and the rhetoric of religious service, to the religious cultures of the laity and preaching and sermon collections, especially in Gaul. Her first book came out in 2010, “Christianity’s Quiet Success: The Eusebius Gallicanus Sermon Collection and the Power of the Church in Late Antique Gaul”. Her second monograph, “The Religious Worlds of the Laity in Late Antique Gaul”, was published in 2016.