Politics, Rhetoric and Free Speech in the Early Middle Ages:

Two New Books and their Background

Mayke de Jong and Irene van Renswoude have been working together for a long time. One of the outcomes of their collaboration in recent years is the special issue of Early Medieval Europe 25 (2017) on ‘Carolingian Cultures of Dialogue, Debate and Dispute’. In 2019 each published a monograph with Cambridge University Press. Although their approach is different, both share an enduring interest in the construction of political and religious discourses.  Irene’s study offers a wide vista which encompasses and analyses the cultural rules and rhetorical performances of speaking truth to power, from c. 200 to c. 900.
Mayke wrote about one of the central authors who had already figured in her Penitential State. Authority and Atonement in the Age of Louis the Pious, 814-840 (Cambridge, 2009). She concentrated on the contemporary context and rhetorical strategies of an outspoken critique of Louis the  Pious and his successors by Radbert of Corbie, in a text known as the Epitaphium Arsenii. In this joint lecture, they will talk about  what they consider to be the core issues of their monographs, but also about more recent insights that have emerged since their books went into the press, and which now have become central to their current research.

Mayke de Jong, Epitaph for an Era: Politics and Rhetoric in the Carolingian World (2019)

Irene van Renswoude, The Rhetoric of Free Speech in Late Antiquity and the Early Middle Ages (2019)

Irene van Renswoude is Herman de la Fontaine Verwey Professor of the History of the Book at the University of Amsterdam and researcher at the Huygens Institute at the Royal Netherlands Academy of Sciences (KNAW). 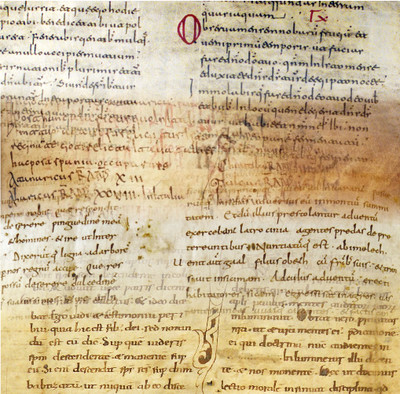 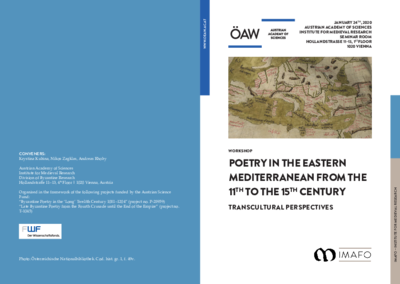 Workshop at the Austrian Academy of Sciences