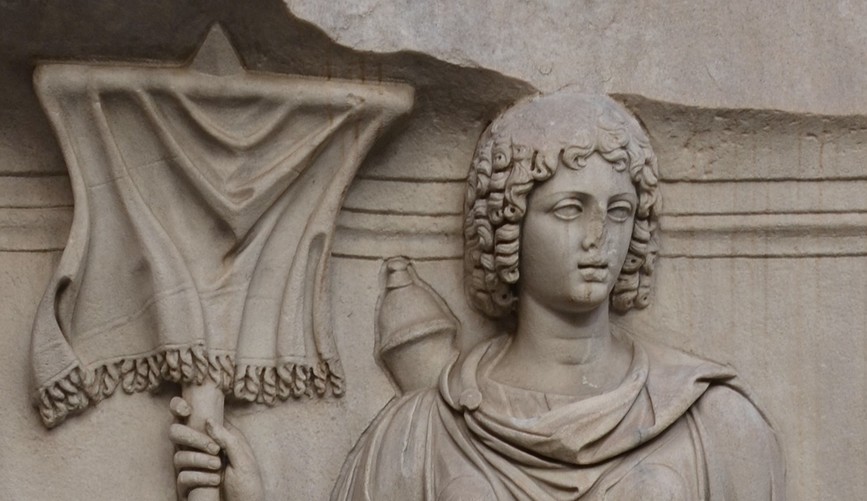 Neglected for centuries, the Expositio totius mundi et gentium was rediscovered in the 17th century and has been edited several times during the last 150 years. According to current scholarly consensus the author of the Expositio came from the eastern part of the Empire, and his mother tongue was Greek. Although much of the information contained in the text consists of common knowledge and long-standing stereotypes, a few details enable scholars to date the original text of the Expositio to between 350 and 361.

The Expositio, a quite short text (less than 600 lines in length) that presents some substantial geographical inaccuracies, has drawn scholars’ attention because of its valuable information on the subject of commerce, a peculiarity in the context of Late Antique geography. Matters of an economic nature, such as the methods of food production and transport, are so important to the author, that it has been suggested he was a merchant and his work a rare example of Handelsgeographie. In addition to economics, the author shows a certain interest for the administration of the empire. The text contains references to the degree of governability of single provinces and cities, as well as information on the quality of the civil officers coming from a particular region. Furthermore, the author’s dedication to his son and the reference to the multa utilia, which he intends to impart to him, reminds one of other Late Antique examples of technical literature. In other words, the Expositio is an example of the eclectic systematization of knowledge characteristic of Late Antiquity.  It is a short, but complex work, product of a mixture of author’s literary erudition, ethnographic knowledge, rather generic political concerns and his marked interest in economic matters.

The author explains the criteria of his description in the preface. He summarizes his argument in three lines corresponding to three main categories of analysis. First, he will consider the gentes, proceeding from east to west. Second, he will discuss the genera barbarorum and finally focus on the description of the terra Romanorum. By specifying the purpose of his work, the author draws a clear line of demarcation in the analysis of Roman and non-Roman space. In fact, after referring to gentes and genera, the author describes the terra Romanorum as the totality of the Roman provinces and cities. In other words, the description of the terra Romanorum follows a sort of civil and administrative order, while ethnicity is the main criterion for describing and classifying the barbaricum.

After a first section dedicated to the description of a predominantly utopian East, the author begins his exposition of the Roman lands that he defines terra nostra. This apparently obvious designation is actually very rare and reflects a particular way of defining the territories of the Roman Empire, which are much more frequently referred to as Romanorum imperium. Like expressions such as Romanorum solum and Romania, Romanorum terra conveys a particular image of Roman identity. From the political and military point of view, terra and solum are poorly defined terms. First of all, they allude to a geographical dimension of Roman power and identity.

In this part of the Expositio, the author outlines an image of the Roman world that is profoundly different from that of the barbaricum. First of all, it is divided into territorial units, rather than gentes. From a terminological point of view, the author is not particularly precise, but is overall quite consistent. He uses the terms provincia, regio, pars and terra essentially as synonyms. Although his list of provincial names is incomplete and obsolete, his narrative rather uniformly follows an administrative order. In addition to the provinces, the author constantly mentions the names of the cities. This element is completely missing from the account of the regions east of the empire. Here, instead, the main Roman urban centers are the protagonists of the narration. The story conveys the general impression of a rich and prosperous society that reveals its abundance in the splendor of its cities, the richness of its markets and even the beauty of its women. The prosperity of the empire is both the cause and the effect of the value of its inhabitants, which are often described as boni or optimi viri.

If some aspects of this narrative are clearly conventional, in this section the author does not intend to describe an ideal society. Therefore, although the picture is extremely positive, Roman society presents some elements of fragility. Here I intend to discuss two specific examples. First, the case of the homines living in Mauritania. These are described as a semi-barbarian or barbarian group that lives within the imperial borders. While with regard to the economy of the province and the city of Caesarea the text does not present any unusual element, the representation of the inhabitants of Mauritania has no equal in the rest of the text. The population of this region is part of the empire, but at the same time it represents a sort of foreign body within it. The inhabitants of Mauritania, are called homines or subditi of the Romans. Therefore, they are not barbarians tout court, but remain extraneous to the Roman civilization. Unlike the other provincials, they failed to adapt to Roman customs and continue to lead a barbarian life. The distinction between them and the rest of the empire is neither ethnic nor political. The people of Mauritania, in fact, do not constitute an independent gens. From an administrative, economic and social point of view, these homines live in the Romanorum terra: they are under Roman rule, they trade like the Romans and, like them, live in cities. However, the people of Mauritania are separated from the Romans and retain a barbaric lifestyle. In conclusion, according to the Expositio, the homines of Mauritania possess a sort of ambiguous identity, in which Roman and barbarian traits coexist.

The second example concerns the inhabitants of the Africae regio. Here the author explicitly contradicts the so-called environmental determinism which was very common among ancient philosophers and geographers. Indeed, the population of Roman Africa is deceptive and dishonest, even though their region is vast and fertile. The author underlines this dichotomy when he defines the inhabitants as unworthy of the land they inhabit. At the core of their misbehaviour is their unbridled passion for the shows of the amphitheatre. The shows are not intrinsically despicable. The author does not reproach them for participating, but for the way in which the African provincials attended the spectacles. The passage indicates a concern shared by other members of the Roman elite. Going to the amphitheatre is not a problem in itself, but it becomes one when the shows are the only interest of the citizens. The author is alluding to the fact that the Carthaginians should engage in more laudable activities. In other words, while their country is opulent, the inhabitants are good for nothing. Contrary to the Mauritanians, they are neither "still barbarians" nor "not enough Romans," but they are criticized for another reason: they are the product of a degenerated civic and urban life.

The structure and language of the Expositio reflect both a concrete ability to conceptualize geographical space and a complex ethnic rhetoric. Ethnonyms are the main means of describing, understanding and distinguishing non-Roman territories from the Roman territories. The Expositio marks a clear distinction between barbarians and Roman citizens, who have no ethnic name, but are considered inhabitants of provinces and cities. The author describes an image of the Roman Empire as the totality of its regional identities, which are built through differences in terms of landscape, economic activities and social life. In the Expositio, "being Roman" is a question of cultural and political codes, but it is increasingly connected to a given territory, which is interpreted as distinct from the rest of the world.