Lecture by Jakub Morawiec (University of Silesia in Katowice) 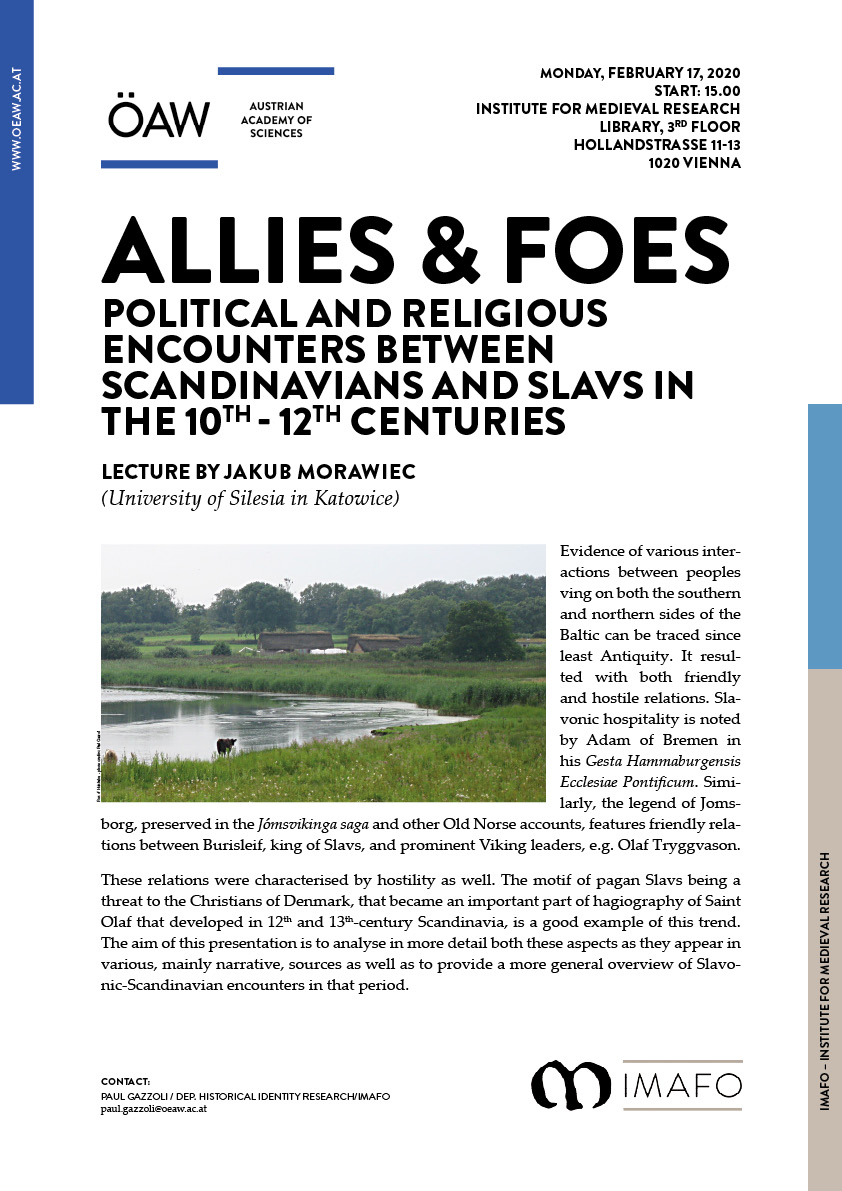 Evidence of various interactions between peoples living on both the southern and northern sides of the Baltic can be traced since at least Antiquity. It resulted with both friendly and hostile relations. Slavonic hospitality is noted by Adam of Bremen in his Gesta Hammaburgensis Ecclesiae Pontificum. Similarly, the legend of Jomsborg, preserved in the Jómsvikinga saga and other Old Norse accounts, features friendly relations between Burisleif, king of Slavs, and prominent Viking leaders, e.g. Olaf Tryggvason.
These relations were characterised by hostility as well. The motif of pagan Slavs being a threat to the Christians of Denmark, that became an important part of hagiography of Saint Olaf that developed in 12th and 13th-century Scandinavia, is a good example of this trend. The aim of this presentation is to analyse in more detail both these aspects as they appear in various, mainly narrative, sources as well as to provide a more general overview of Slavonic-Scandinavian encounters in that period.