Theatre functions as a media of representation basically in storing and expanding collective memory by staging and actualizing the commemoration. As "marginal man" (Robert E. Park) Prince Eugene of Savoy, one of Austria's national heroes, had already comprehensively arranged his memory during his lifetime: by assembling documents and memorabilia he assured posterity would remember him. In the following centuries it was therefore possible to use the various elements of this specific memory – e.g. Prince Eugene's role as victor over the Turks, the baroque prince, the patron of arts and sciences, the European, the humanist – and popularise them by means of commemoration media in support of the creation of a national identity.

Prince Eugene remained present in collective Austrian memory throughout the years by the popular ballad "Prinz Eugen der edle Ritter", and by the highly visible memorial on Heroes' Square in Vienna, but the figure of Prince Eugene also frequently appeared on the stage in theatrical productions. In times of crisis when Austria needed to redefine its identity, Prince Eugene was presented as a stage figure under constantly changing brandings as an historical personality with which the audience would be able to identify. In this process, dispensable elements of the memory were omitted or left blank, in equal measure. The project reflects his role in the fabric of Austrian collective identity and classifies the dramas and performances within their socio-cultural context. 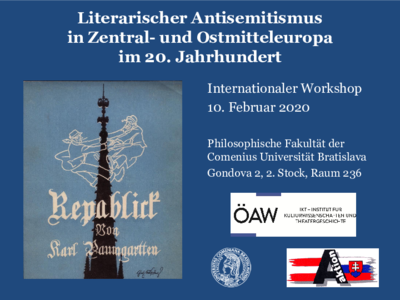