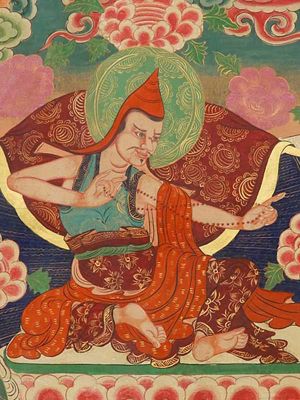 The Pramāṇasamuccayaṭīkā by Jinendrabuddhi (8th century), for the most part still unedited, is the only surviving detailed Sanskrit commentary on the Pramāṇasamuccaya by Dignāga (c. 480–540). Dignāga was one of the crucial figures in South Asian Buddhism and his Pramāṇasamuccaya is the earliest and principal founding text of the so-called tradition of logic and epistemology (pramāṇa). This tradition was extremely relevant for the development of many philosophical tenets within South Asian Buddhism; accordingly, the Pramāṇasamuccayaṭīkā plays a pivotal role in the history of Buddhist philosophical and religious ideas. The workshop aims at producing the first edition of the Sanskrit text of its fifth chapter, with a particular focus on the first five verses of Pramāṇasamuccaya, chapter 5, as well as Jinendrabuddhi's commentary on them. The fifth chapter concerns the doctrine of apoha, the Buddhist theory of exclusion, which is related to the explanation of word-meaning and conceptuality in Buddhist terms. Dr. Patrick McAllister and Dr. Horst Lasic, from the Institute for the Cultural and Intellectual History of Asia (IKGA) of the Austrian Academy of Sciences, have recently started working on an edition of this chapter from a now accessible Sanskrit manuscript. The readings (led by McAllister and Lasic) will take place in the morning sessions and are directly addressed to scholars and students of Buddhist studies.

In addition, rival non-Buddhist epistemological views will be examined during the afternoon sessions. These sessions will be dedicated to the reading of parts of the seventh āhnika of Jayanta Bhaṭṭa's (c. 890) Nyāyamañjarī, particularly those passages on the concept and perception of the self. The passages throw light on the history of Mīmāṃsā thinking about how the self is perceived, and the history of the debate between ātmavādins about how best to counter the Buddhist and Cārvāka denial of self – whether by appeal to pratyakṣa or to anumāna. The readings will be led by Prof. Alex Watson (Ashoka University) as well as Prof. Harunaga Isaacson (University of Hamburg), and will be based on Watson's working edition of the seventh āhnika of the Nyāyamañjarī.

Kindly register your participation by 26 August 2019 with an email to margheritaserena.saccone(at)oeaw.ac.at.