The particle physicist Gianluca Inguglia has been awarded a Starting Grant of the European Research Council ERC. This prize, endowed with 1.5 million euros, enables him to search for new interactions of leptons in the data of the Belle II experiment, which can also provide clues about the existence and nature of dark matter. 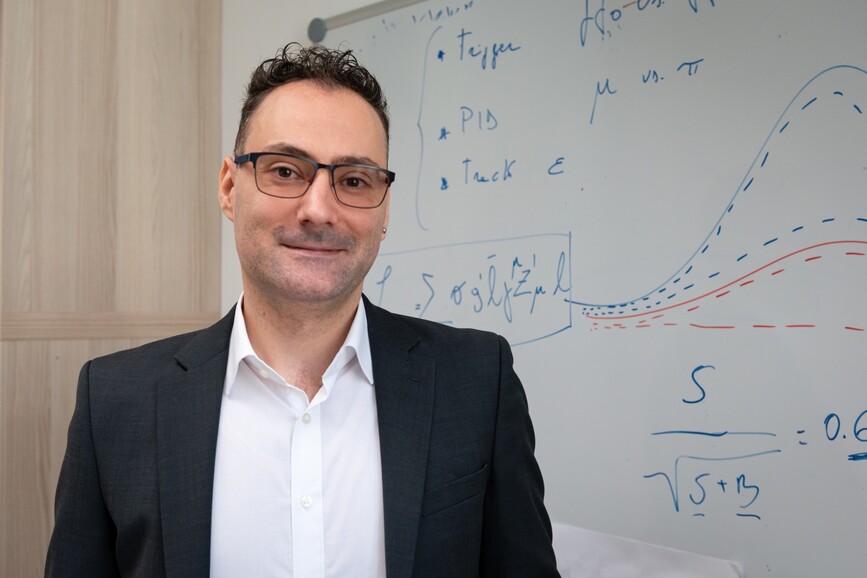 The standard model of particle physics describes the fundamental interactions and components of matter and in particular predicts that leptons of different generations interact in the same way. In recent years, however, experiments around the world have observed anomalies that suggest that this might not be the case, and that there might be new interactions that violate the Lepton Flavor Universality. These new interactions could also be the link between ordinary and Dark Matter.

These new interactions are at the center of Gianluca Inguglia's project “InterLeptons” (http://www.interleptons.eu), which will investigate these clues using the data of the Belle II experiment. Gianluca Inguglia: “It is a great honor for me to receive an ERC Starting Grant. This is certainly the highest recognition for a scientist at my career level in Europe. Thanks to the generous funding, I can expand my research team, extend our activities to include the most fascinating topics in particle physics, and conduct cutting-edge research at the highest level.”

Since 2001 the Institute for High Energy Physics of the Austrian Academy of Sciences (ÖAW) has been involved first in Belle and then in the Belle II experiment and was responsible for developing and building part of the vertex detector, the so-called silicon vertex detector (SVD). This generous funding enables HEPHY physicists to be also at the forefront of the physical analysis of the Belle II data, especially with regard to the search for dark matter.