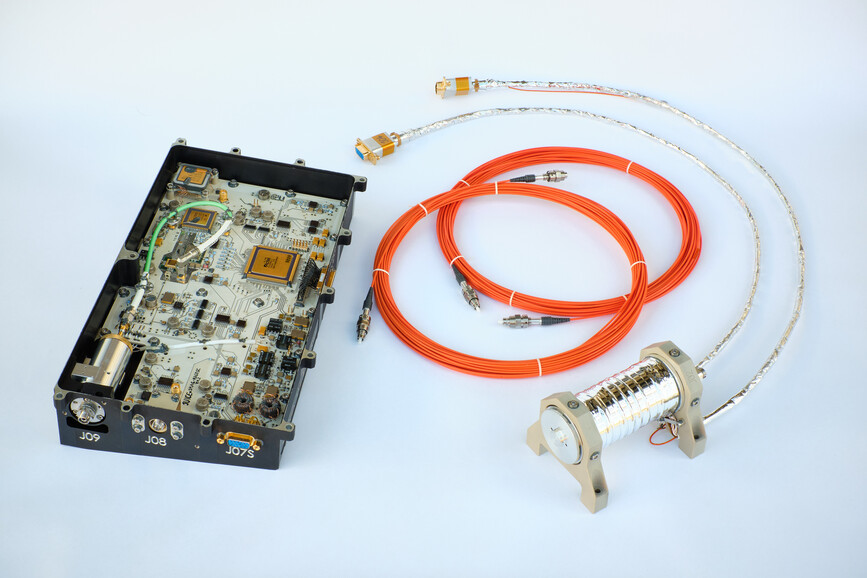 When ESA's JUICE mission is launched in 2022 to explore Jupiter's icy moons, a scientific instrument from Graz will also be on board. The Space Research Institute (IWF) of the Austrian Academy of Sciences (OEAW) and the Institute of Experimental Physics at Graz University of Technology (TU) are supplying a novel quantum interference magnetometer.

JUICE (JUpiter ICy moons Explorer) is the European Space Agency’s (ESA) first mission exploring the outermost solar system. Researchers assume that Jupiter's icy moons Europa, Ganymede and Callisto are home to oceans beneath their surfaces and now want to investigate these potential habitats more closely. The Graz instrument is part of a magnetic sensor system that was built together with Imperial College London and TU Braunschweig for exactly this scientific question.

"During the development period of more than five years 21 technicians and physicists have invested more than 45,000 working hours in the timely completion of the sensor unit, which is unique in the world," says Werner Magnes, Deputy Director and Head of the Magnetometer Group at the OEAW Institute, emphasizing the excellent teamwork between the two Graz institutions. "In recent years, we have gone through many ups and downs, mastered a number of technical difficulties and tested many new design details for the inhospitable Jupiter environment," adds Roland Lammegger, project manager at TU Graz.

The delivery of the flight instrument to the project partner in London marked the beginning of a 12-year journey. After several test stations in Europe, the satellite launch in French Guiana in June 2022 and numerous planetary fly-bys, the Graz magnetometer will reach the Jovian system in January 2030, before finally entering the orbit of Jupiter's moon Ganymede in September 2032.

The work on this new technology was supported by FFG, ESA and the Airbus company.

Find out more information about JUICE at ESA and on Twitter.