An international research team with participation from the Austrian Academy of Sciences has provided the first chemical proof that milk from sheep, goats and cows was used to feed babies 3,000 years ago. 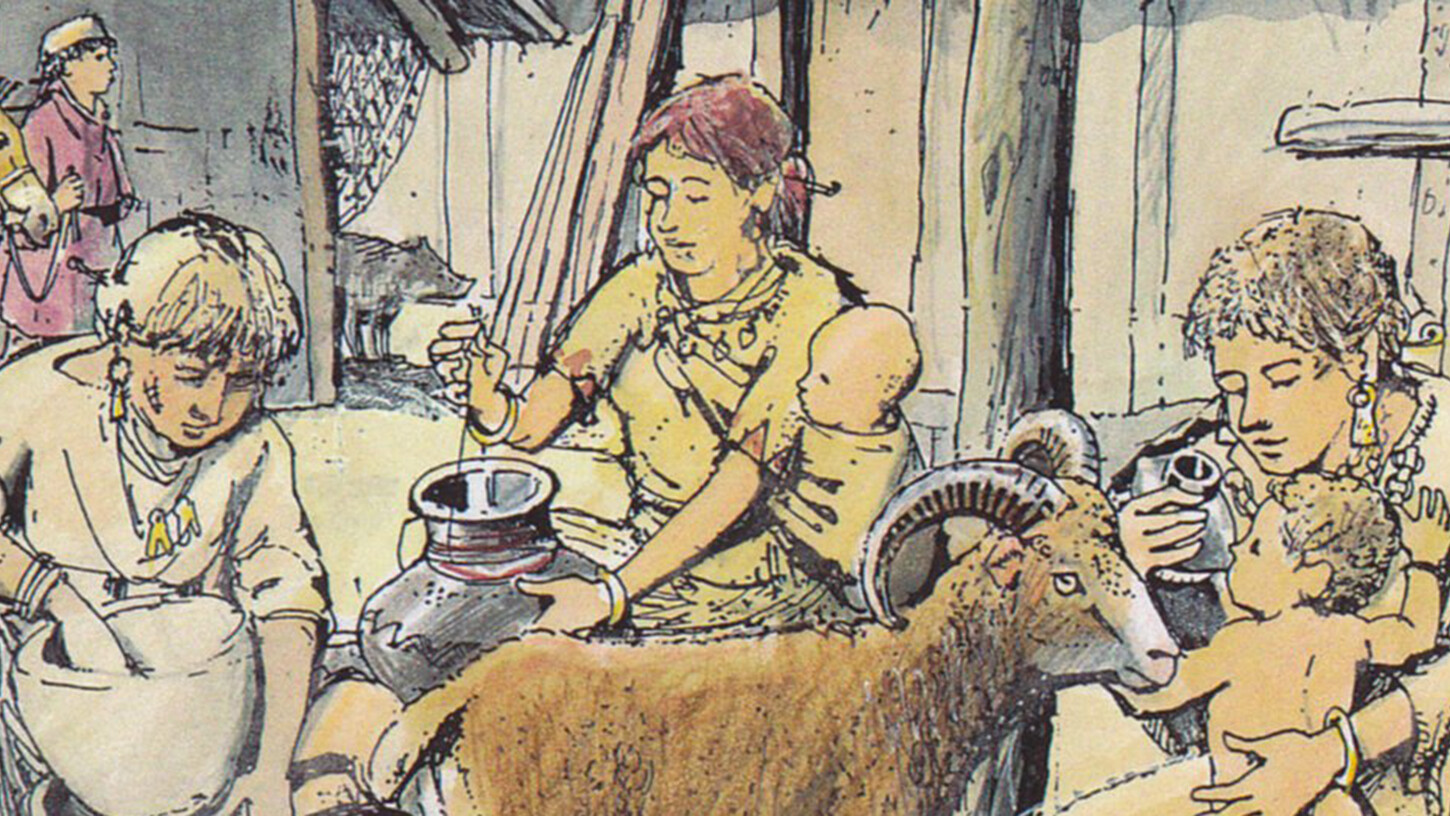 Breast milk was essential to the survival of babies and toddlers in prehistoric times. Breastfeeding, age at weaning and the selection of supplemental foods had a significant impact on infant mortality, health and demographic development of prehistoric communities.

Archeologists from the Austrian Academy of Sciences (OeAW), together with colleagues from the University of Bristol and the museums of the city of Regensburg, were able to gain new insights by studying drinking vessels found during excavations in Bavaria. They were able to identify the original contents and prove for the first time that animal milk was used to feed or wean babies as long ago as 3,000 years. The researchers have published their findings in the journal "Nature".

Baby bottles have been found to date back as far back as the Neolithic (around 5,500 to 4,800 BC), but have been more commonly found from the late Bronze and early Iron Age in Europe (around 1,200 to 600 BC). The contextual relationship of the bottles with children's graves during this period indicates that they were used by children.

The vessels now under investigation come from the Late Bronze Age cremation cemetery Augsburg-Haunstetten 1, as well as the large Iron Age cemeteries Dietfurt-Tankstelle and Dietfurt-Tennisplatz in Bavaria (around 800 to 450 BC), where they were discovered several years ago. They were found in the graves of three children who died between the ages of one and six.

The international collaboration of archeologists (Institute for Oriental and European Archaeology of the OeAW) and chemists (University of Bristol) found evidence of animal milk from ruminants in three vessels they examined. This was achieved by determining the "chemical fingerprints" of lipids retained in the ceramic material of the vessels by gas chromatography and mass spectrometry. Based on the isotopes of milk fats, the interdisciplinary team was even able to determine that it was milk from ruminants (sheep, goats and cattle).

"Goat's milk is most similar to human milk and was relatively readily available as sheep, goats and cattle were among the most common pets. Cow's milk was less suitable because it leads to diarrhea and digestive problems in babies – that was already known at the time", says OeAW archeologist Katharina Rebay-Salisbury.

As part of the ERC (European Research Council)-funded project "The value of mothers to society: responses to motherhood and child rearing practices in prehistoric Europe", the new findings are an important building block for further research on maternity and childhood in prehistory.

Institute for Oriental and European Archaeology of the OeAW