The experimental investigation of ultracold quantum matter makes it possible to study quantum mechanical phenomena that are otherwise hardly accessible. A team led by the Innsbruck physicist Francesca Ferlaino has now succeeded for the first time in mixing quantum gases of the strongly magnetic elements Erbium and Dysprosium and creating a dipolar quantum mixture. 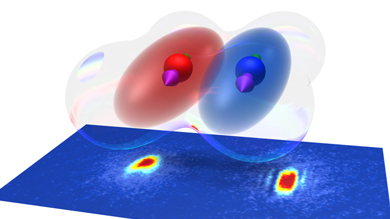 Only a few years ago it seemed unfeasible to extend the techniques of atom manipulation and deep cooling in the ultracold regime to many-valence-electron atomic species. The reason being the increasing complexity in the atomic spectrum and the unknown scattering properties. However, a team of researchers, led by Ben Lev, in the US at Stanford University and an Austrian team In Innsbruck, directed by Francesca Ferlaino, took the challenge and demonstrated quantum degeneracy of rare-earth species, using the strongly-magnetic, and rather unexplored, Dysprosium and Erbium atoms.

Ferlaino’s group focused the research on Erbium and developed a powerful, yet surprisingly simple approach to produce a Bose-Einstein condensate. “We have shown how the complexity of atomic physics can open up new possibilities," says Francesca Ferlaino from the Department of Experimental Physics at the University of Innsbruck and the Institute of Quantum Optics and Quantum Information of the Austrian Academy of Sciences. Research on magnetic species is gathering momentum worldwide since such atoms proved to be an ideal platform to create dipolar quantum matter, in which particles interact with each other via a long-range and orientation dependent interaction as little quantum magnets.

In a new paper now published in the journal Physical Review Letters, the Austrian research team makes a new leap in the field of dipolar matter. They have mixed Erbium and Dysprosium and for the first time produced a dipolar quantum mixture. “We studied very carefully the atomic spectra of these two species and made plans on how to combine them and reach simultaneous quantum degeneracy”, says Philipp Ilzhöfer, one of the two leading authors of the paper, “and our scheme worked out even better than expected allowing us to create a system in which Bose-Einstein condensates of Erbium and Dysprosium coexist and interact with each other”, adds Arno Trautmann, the other leading author. This advance promises to open novel research frontiers in the field of dipolar quantum matter because of the long-range interaction among the two species.

The research has been conducted in a new laboratory at the Institute of Quantum Optics and Quantum Information and has been supported by the Austrian Academy of Sciences and an ERC Consolidator Grant. The work has been recommended by the editors of the journal as particularly important, interesting, and well written and is featured in the online magazine Physics. 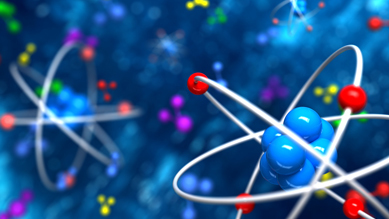