Even one of the best health systems can reach its limits. But who should be saved when resources are scarce? The corona crisis is not the first time this question has been asked. In an interview, OeAW medical historian Daniela Angetter talks about the history of triage. 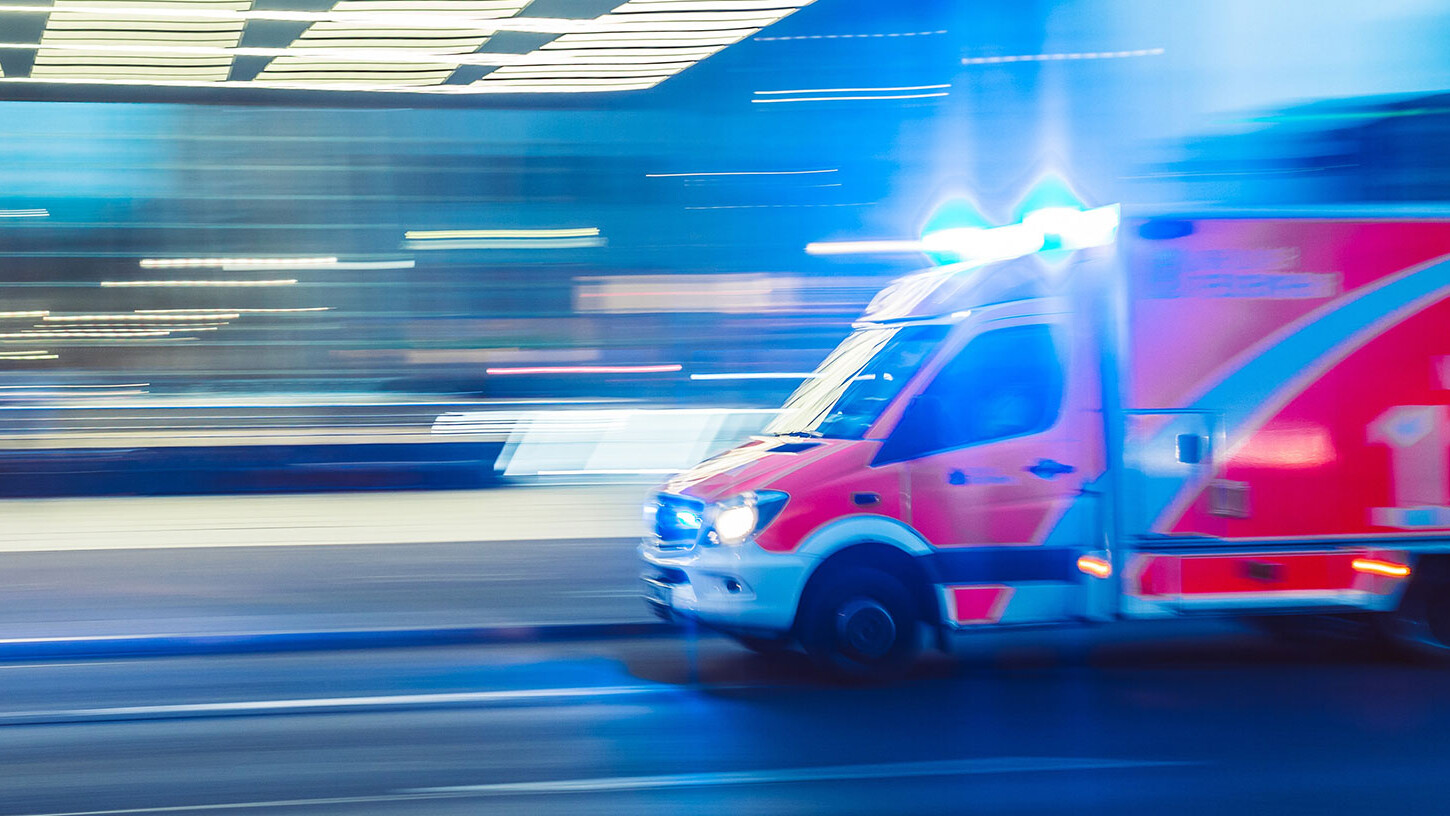 Triage is about saving as many as possible if there is a disparity between the availability of emergency services and the number of injured people. © Unsplash/Camilo Jimenez

Before the corona pandemic, the word triage was probably only known to a few people. With the pictures from Bergamo, Italy in spring, the rapidly increasing number of infections in autumn, and the current warnings from doctors of an overload of intensive care capacities in hospitals, the triage system has now become more widely known. Medical historian Daniela Angetter from the Austrian Academy of Sciences (OeAW) explains its historical origins, its application in the civil sector, and the problems that now arise during the pandemic.

Dr. Angetter, what is the concept of triage?

Daniela Angetter: The word triage is French in origin and translates as "to choose" or "to sort people". The term originally comes from military medicine. The triage system is used when there are too many injured people for too few medical personnel.

The word triage is French in origin and translates as "to choose" or "to sort people".

How did triage come about?

Angetter: The beginnings of triage date back to the French doctor Dominique Larrey (1766–1842), military surgeon and personal physician to Napoleon I. Directly on the battlefield, he started to decide which patients with a life-threatening injury could be saved as quickly as possible by an amputation. He was also one of the first to use more modern techniques, such as ligating arteries and bleeding vessels. During this time, a system was adopted to disperse the many wounded to different military hospitals. If necessary, the injured were also taken to people's houses, so the inhabitants were involved in helping to care for the wounded.

What historical examples of its application have there been since its invention?

Angetter: For Austria, Field Marshal Josef Wenzel Graf Radetzky von Radetz is a famous example – he used this system in Italy in 1848. The system of apportioning wounded to different hospitals proved its worth well into the First World War. Triage became more and more accepted in military medicine. For example, the Royal Prussian Field Hospital Regulations of 1787 gave information on classifying various degrees of severity of injured people, and triage was used in the Coalition Wars, i.e., in the Napoleonic Wars, which ultimately lasted until 1815.

For Austria, Field Marshal Josef Wenzel Graf Radetzky von Radetz is a famous example – he used this system in Italy in 1848.

It is also known from abandoning ships. The captain is the last to disembark, and women and children first. Why? Because they are said to be the weaker ones who may not be able to stay afloat in the sea for so long. This is a bit like triage.

When has the triage system been used in the civil sector?

Angetter: We have to consider that even civil rescue organizations like the Red Cross or the Malteser were very much integrated into military medicine until the end of the monarchy. They were trained by military doctors so that they could support the military in the event of war. This also applied to the Teutonic Order, i.e., the religious orders that provided medical care. It was only with the collapse of the monarchy that a rescue service, as we know it today, slowly established itself, much of which was carried out on a voluntary basis, as with the Red Cross or the Arbeiter-Samariter-Bund. After the Second World War, the triage system grew more and more into the civil sector.

To decide who is treated quickly is an ethically very difficult task for triage doctors today. In the past, the seriously injured simply remained lying on the battlefield.

Where has triage long been part of everyday medical practice?

Angetter: Especially in preclinical emergency medicine, i.e., with rescue services, triage is a very important component for the first few minutes of all major incidents. If the operation has been going on for a while, then of course more emergency vehicles follow.

How is triage structured now?

Angetter: Triage is set up according to the prioritization of rescue, treatment, and transport. What is the diagnosis of the injured person? How urgent is surgery? Can the operation be carried out on site or is it better to stabilize the patient and transport them quickly – and to which hospital?

With triage, a decision is made based on the severity of the injury.

As well as immediate treatment and transport, there is also palliative care for those patients who unfortunately have a very low chance of survival. If the severity of the injury is so great that it would tie up too many forces to resuscitate the patient or treat multiple traumas, this patient must wait until enough emergency personnel or paramedics are on site to take care of them.

To decide who is left unattended and who is treated quickly is of course an ethically very difficult task for triage doctors today. In the past, the seriously injured simply remained lying on the battlefield or in a military hospital.

Are there uniform standards for triage?

Angetter: Yes. It follows globally uniform standard guidelines, which are also supported by the WHO. People are judged as critical, stable, or uninjured. Patients who are triaged are given a triage tag, on which the initial diagnosis, therapy and measures are briefly noted. Decisions such as whether to administer infusions or medication to stabilize the circulation must be made very quickly. You have a maximum of one minute per patient –triage should not take longer.

If there is a disparity between the availability of emergency services and the number of injured people, the aim is to save as many as possible.

The triage system is not based on the years of life saved. Why?

Angetter: With triage, a decision is made based on the severity of the injury. For example, if the ambulance service arrives at the scene of a traffic accident with seven people injured, including an adult with a badly bleeding wound and a child requiring resuscitation, then the adult will be saved first because they have a better chance of survival than the child requiring resuscitation. Understandably, this causes consternation in the population. But if there is a disparity between the availability of emergency services and the number of injured people, the aim is to save as many as possible. And in this case the needs of the individual have to take a back seat.

In times of scarce resources in the corona pandemic, triage comes up when asking who gets the ventilators...

Angetter: And the intensive care beds. There are not only COVID-19 patients, but also those with heart attacks, strokes, or accidents. Regardless of the pandemic, intensive care beds are needed. Intensive means that 24-hour monitoring is required. The patient is attached to devices that immediately emit a tone if, for example, the heart rate drops, or the oxygen saturation is no longer normal. And here the fear is understandably very great, if the new corona infections remain so high, not only that the capacity of the intensive care beds will be exhausted, but also that the nursing staff and doctors will no longer be able to cope with the number of patients.

Daniela Angetter is a historian and literary scholar. She works as a research associate at the Austrian Centre for Digital Humanities and Cultural Heritage of the Austrian Academy of Sciences (OeAW). She is also a member of the History of Medicine working group of the Commission for History and Philosophy of Sciences and Humanities of the OeAW.