It is just a few weeks until the US elections. American society has been extremely divided since Donald Trump's presidency. The corona crisis has deepened the polarization, not least because it has hit the heart of the economy, as Americanist and OeAW Member Waldemar Zacharasiewicz explains. 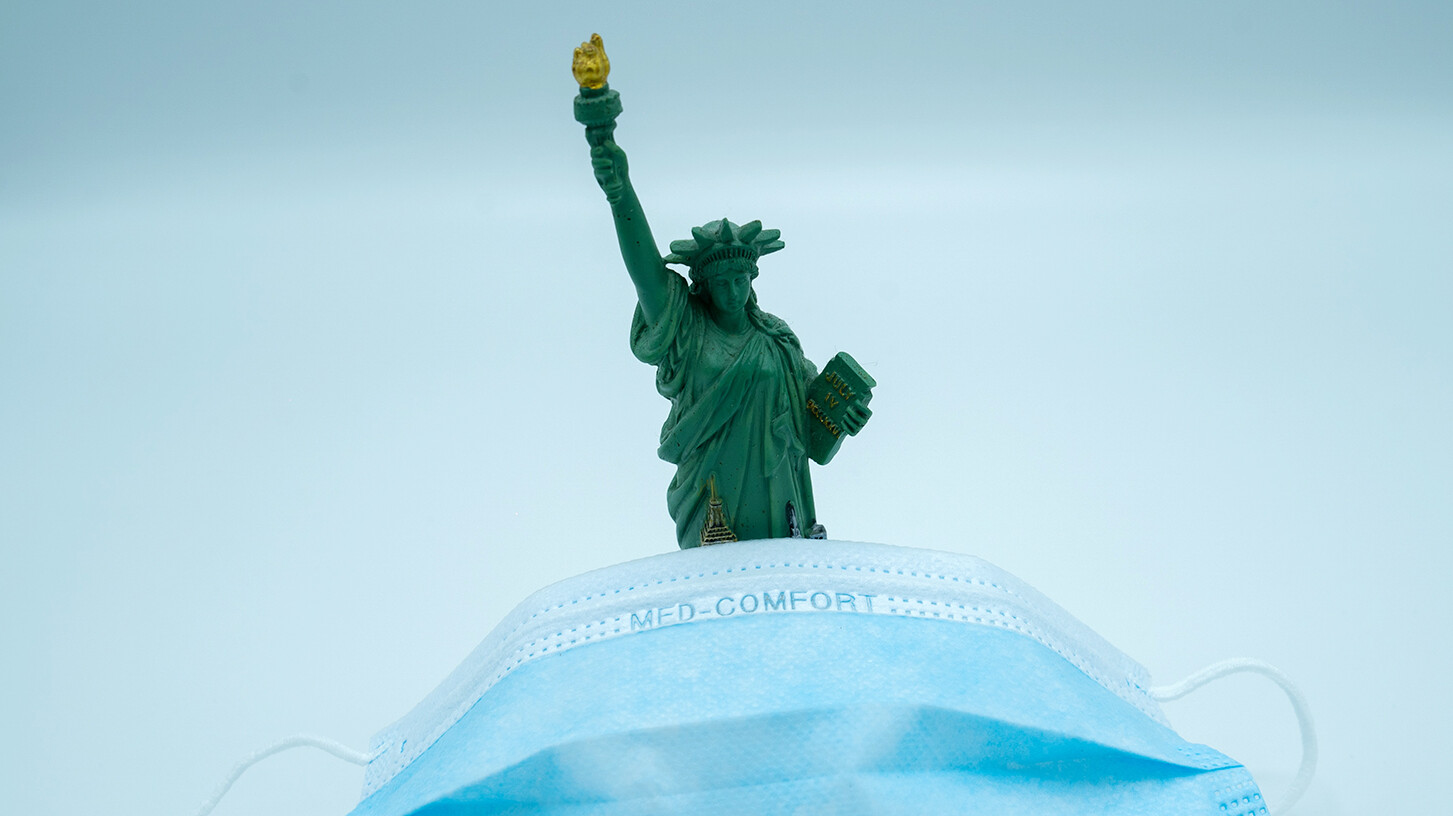 Many Americans see government directives as interference with their basic rights. This also applies to measures to combat the coronavirus. © Dimitri Karastelev/Unsplash

On November 3rd, the US will elect its new president. Whether the voters allow Donald Trump a second term or whether his Democratic rival Joseph Biden will be elected as the new president is open. What is certain, however, is that the COVID-19 pandemic will play a major role in citizens' voting decisions.

"A majority of the country is dissatisfied with the way the pandemic has been dealt with," says Americanist Waldemar Zacharasiewicz. But he adds: "Even so, quite a few Americans claim that the government has dealt with the epidemic very successfully." This reflects the inner conflict in current US society. In an interview, Zacharasiewicz, a member of the Austrian Academy of Sciences (OeAW), explains how big this polarization is now and why "it’s the economy, stupid" also applies to corona.

The wearing of masks has met resistance from large parts of the US population. Such measures aim to protect not only the wearer, but primarily others. Is corona seen as an individual problem in the land of individual freedom?

Waldemar Zacharasiewicz: Many people in the USA view any government directive as interference with their basic rights. Many, not only among Republicans, bluntly reject the rules for wearing masks as bureaucratic control. The Libertarians, a particularly radical group, are especially defensive. Despite the emphatic advice of doctors, measures are rejected, sometimes with warlike posturing. Individualism plays an exceptionally large role in the USA – this is understandable from cultural history.

Many people in the USA view any government directive as interference with their basic rights.

How can individualism in the USA be explained from a cultural-historical perspective?

Zacharasiewicz: The American historian Frederick Jackson Turner described in the late 19th century how much the collective experience of the frontier, the border between the cultivated land and the so-called wilderness, influenced the history of the USA. Until 1890, it was still possible to break away from civilization and build a log cabin in the wilderness, far away from the influence of the government in Washington. That is a historical fact that makes this tradition understandable, at least in part. Popular writers and philosophers also shaped this image in American society in the 19th century, such as Ralph Waldo Emerson, who formulated a key term with his essay "Self-Reliance".

Does the narrative of the self-made man also play a role?

Zacharasiewicz: The conviction that individuals can go far with appropriate discipline and effort has shaped the country's culture to the present day. Similarly, there is the common archetype in literature and popular culture, according to which you can go "from rags to riches" and thus realize the "American Dream". In Europe this has been translated as "from dishwasher to millionaire". This hope that success can be achieved quickly in the land of opportunity has drawn millions of immigrants from Europe. It was not until the 1920s, when immigration restrictions were imposed, that there was a turning point here.

What impact does the failure of Donald Trump's administration to fight the pandemic have on the US self-image?

Zacharasiewicz: A majority in the country is dissatisfied with the way the pandemic has been dealt with. As of mid-September, there have been more than 190,000 deaths in the USA and 6.5 million people have been infected. These are the statistically proven numbers. The country is more polarized than ever before. Concern is exceptionally high among most intellectuals, who are almost despairing given the developments in their country. Nonetheless, quite a few Americans claim that the government has dealt with the epidemic very successfully – including, of course, Donald Trump himself, who is fighting for his re-election.

Anti-intellectualism has had a tradition in the USA for many decades.

Speaking of intellectuals – how widespread has anti-intellectualism been since Trump?

Zacharasiewicz: Anti-intellectualism has had a tradition in the USA for many decades. Adlai Stevenson, the Democratic presidential candidate, was confronted with such an attitude in the 1950s, with reservations about intellectuals going back to the time of President Andrew Jackson around 1830. There are also scientific studies suggesting that people in the USA do not want to be considered intellectual.

The division in American society is mainly caused by economic factors.

The division in American society is in large part, but not solely, due to Donald Trump. What are the causes?

Zacharasiewicz: The division in American society is mainly caused by economic factors. It is not by chance that a disproportionately large number of Americans with African heritage or immigrants from Latin America have been particularly affected by the pandemic. Disadvantaged social classes are dependent on daily work. Many lost their jobs during the lockdown. In addition, there are millions of people in the USA who have no or insufficient health insurance. They have no way of getting medical help – that is literally fatal in this crisis. They carry a disproportionate burden from the virus and have a much higher death rate than white Americans. In addition, millions of immigrants with insecure jobs have neither papers nor secure status in the USA. This is a political issue that has been debated for years and that has still not been resolved.

Disadvantaged social classes are dependent on daily work. Many lost their jobs during the lockdown. In addition, there are millions of people in the USA who have no or insufficient health insurance.

The corona crisis acts like a magnifying glass for social grievances. Amid the pandemic, the debate on racist police violence is further fanning the flames. How do you see the connections?

Zacharasiewicz: The incidents and demonstrations in Seattle, in Portland or in Kenosha in Wisconsin, as well as in Rochester in New York, have shown that, besides Afro-Americans, liberal-minded white people who do not want to accept injustice also take to the streets – most of them peacefully. The use of the National Guard against the protesters, whom Trump describes as anarchists and agitators, did not calm the situation down, but increased the tension.

The existing gun laws, which are very lax in the US compared to Europe, also stoke tensions. The right to carry and use weapons is enshrined in the second amendment to the US Constitution. And we are not talking about shotguns, but about automatic assault rifles. And we know that the powerful gun lobby, the National Rifle Association, supports the Republicans as well as Trump.

Waldemar Zacharasiewicz is an Anglicist and Americanist. Until becoming Professor Emeritus in 2010, he was a Full Professor of English and American studies at the University of Vienna. In 1994 he was elected a Corresponding and in 2000 a Full Member of the Division of Humanities and the Social Sciences of the Austrian Academy of Sciences (OeAW). Since 2012 he has served as chair of the OeAW Commission "The North Atlantic Triangle: Social and Cultural Exchange between Europe, the USA and Canada".