The Austrian-British filmmaker and historian Frederick Baker has died at the age of 55. The Academy, with which he was closely connected and on whose behalf he recently created the film "The Class of '38. Exile and Excellence", mourns the loss of this exceptionally creative and highly esteemed person. 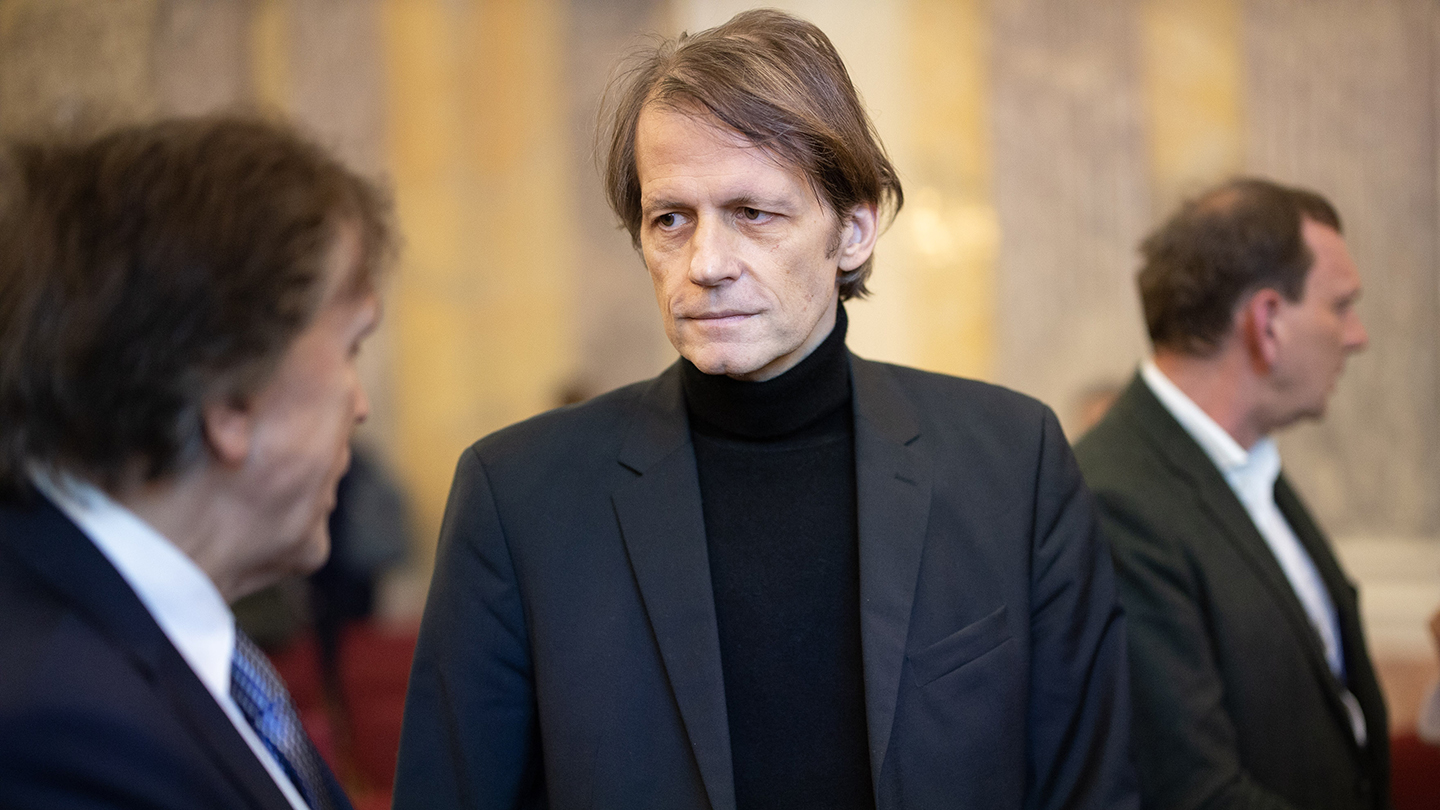 Frederick Baker in November 2019 in the festive hall of the OeAW at the presentation of the film "The Class of '38. Exile and Excellence". © ÖAW/Daniel Hinterramskogler

Whether "Letzte Orte. Letzte Zeugen" or "Zeituhr 1938" – the Austrian Academy of Sciences (OeAW) associates Frederick Baker not only with unique works of remembrance, but also with a long-term collaboration based on trust and humanity. The Academy is shocked and saddened by the death of the Austrian-British filmmaker and historian at the age of just 55.

Frederick Baker was born in Salzburg in 1965 and grew up in London. After graduating from Cambridge, he dealt with contemporary European history in various documentaries. For example, he addressed the political upheavals in Europe after 1989, as well as the rise of Jörg Haider in Austria. Many of his productions were broadcast on the BBC or ORF.

Time and again Baker directed his cinematic gaze on the recent history of Austria. In addition to work on the "The Third Man" and Romy Schneider, the Nazi past of his home country played an important role in his cinematic work.

A varied and highly fruitful collaboration with OeAW researchers arose specifically on this topic. Artistic-scientific projects resulting from this collaboration included the video documentation "Letzte Orte. Letzte Zeugen" for the exhibition "Final Sites Before Deportation. Kleine Sperlgasse, Castellezgasse, Malzgasse"; "Zeituhr 2018" for the 80th anniversary of the "Anschluss"; and the film "The Class of '38. Exile and Excellence".

This last film project, in which 16 outstanding scientists who were driven out by the Nazis – including Eric Kandel, Martin Karplus, Ruth Klüger, and Walter Kohn – have their say, gave direct insights into the experience – and after-effects – of persecution, escape, exile, and comeback. The presentation of the film in November 2019 in the presence of the filmmaker transfixed the hundreds of viewers. It was the last joint film work. The Academy is deeply affected by the death of this extraordinary person and our thoughts are with his loved ones.