Unique burial landscapes give OeAW researchers insights into a long-lost culture in the south of today's China. 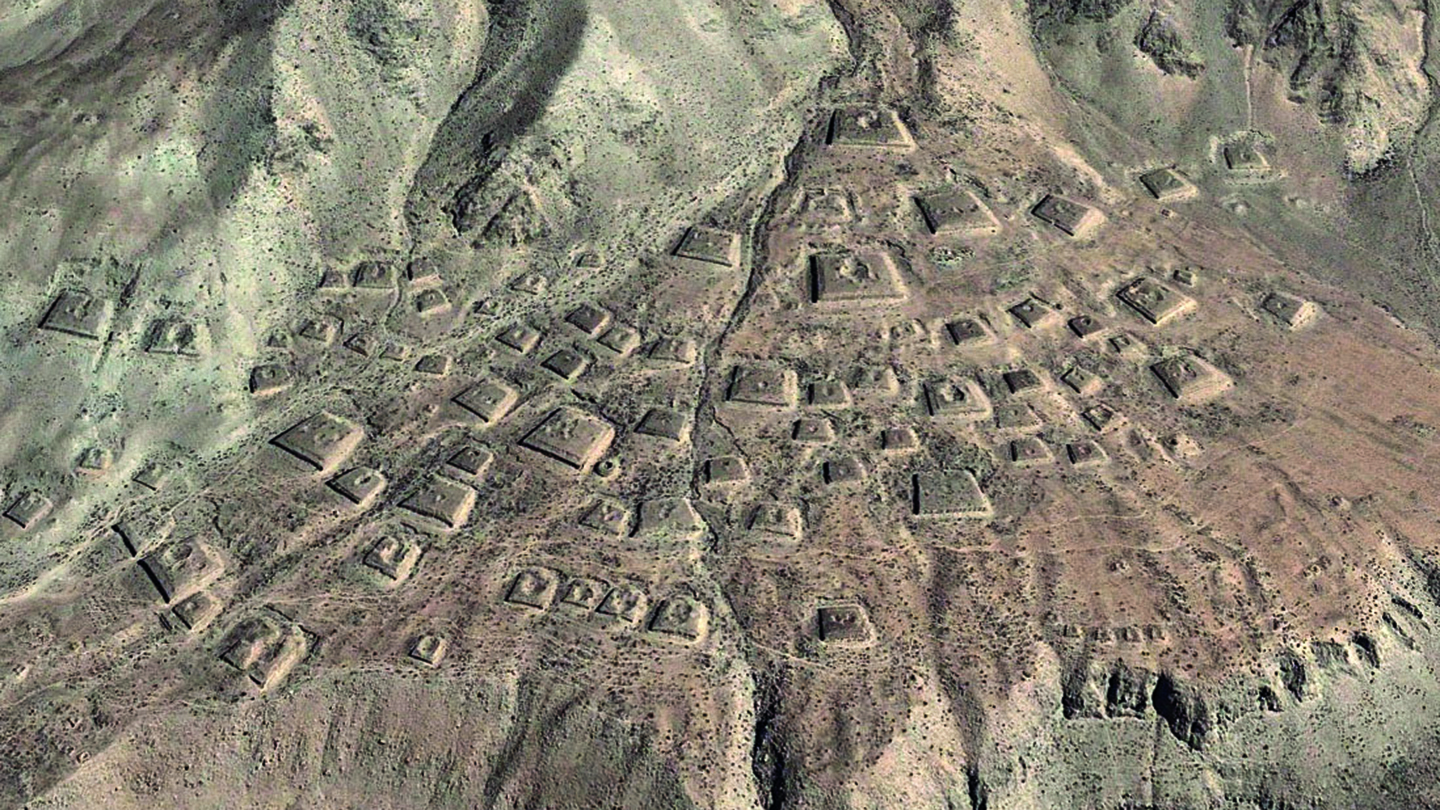 It is one of the densest areas of burial mounds in the world: when the Tibetan Empire was at the height of its power from the 7th to the 9th centuries, it was a strong, warlike empire. Hundreds of burial sites, some of them with monumental burial mounds, were built during that time on the expanses of the Tibetan Plateau. Members of the ruling family were buried here, as were representatives of the aristocratic elite and likely also simple soldiers and their families.

For researchers, these burial grounds are much more than extraordinary landscape formations – they promise unique insights into the life and death of a long-lost, pre-Buddhist culture. Guntram Hazod from the Institute for Social Anthropology of the Austrian Academy of Sciences (OeAW) has been studying the burial mounds of Tibet for many years. In his research funded by the Austrian Science Fund (FWF), he has come across an astounding variety of graves. Some were nothing more than small, round mounds, while others were walled and contained several burial chambers. While the peripheral burial plots measured up to 80 meters, those of Tibetan rulers reached diameters of up to 130 meters – longer than a football field. The structures were mostly trapezoidal, in many cases blended with the mountain backdrop of the Tibetan Plateau and therefore difficult to see. In recent years, high-resolution satellite images have often provided crucial clues needed to identify new burial plots.

With the discovery of new graves, the real work of the archaeologists begins. To classify the burial places historically, they use not only archaeological methods but also the extensive written records of Tibet. In this way, archaeology, ethnography and history are combined to draw secrets from the mysterious burial mounds. There is no shortage of questions about the lost culture. What would an elite burial, i.e., the burial of an important representative of the community, have looked like? Who exactly was present at the processions? In what form was the corpse placed in the burial chamber? And what idea of ​​the afterlife prevailed at that time?

Beliefs surrounding the afterlife are a particular research focus of Hazod and his coworkers. They assume that the ruling family and elites, if not all those interred in a burial mound, shared a common notion of the afterlife – that of the "Land of Joy" found in ancient Tibetan texts. To pursue this hypothesis, studies on the orientation of the graves are essential. Paradoxically, it helps that many of the burial mounds have been destroyed by looting. "Otherwise we would not have this level of insight into the burial chambers, because excavation on site is not allowed", explains Hazod.

Due to this excavation ban, cooperation with experts from the Ludwig Boltzmann Institute for Archaeological Prospection and Virtual Archaeology plays a particularly important role in reconstructions. Burial mounds can be analyzed non-invasively, for example by recording techniques that create high-resolution 3D images. Surface archaeology is also important for analyzing the topology of the individual burial mounds and the adjacent remnants of ritual architecture. Examples of such architecture are sacrificial pits that were placed in front of the larger tomb complexes.

The shepherd as the main on-site informant

Besides such modern methods, Guntram Hazod and his team also rely on conventional avenues: the local shepherds often have tremendous knowledge of the area and its history. "They know every spring, every remote place, its name and often its history, and are therefore our primary informants on site", the social anthropologist says.

Incidentally, the historic remnants of the burial mounds still have uses today: some serve as stables or are used religiously, for example as a place for the shrine of a Buddhist protective deity. However, these testimonies of an ancient culture are threatened in many places by the rapid demographic and constructional developments in Tibet, says Hazod. Comprehensive documentation of the burial sites is therefore a priority of his research, which will continue to reveal secrets of a little-known pre-Buddhist culture on the Tibetan Plateau.

The research team led by Guntram Hazod has been operating a digital database for five years (www.oeaw.ac.at/tibetantumulustradition), in which basic information on the individual locations under study, including cartographic illustrations, is made accessible interactively on an ongoing basis.

Institute for Social Anthropology of the OeAW