Science is a beacon in rough seas – the fight against the pandemic has clearly shown that, said President Alexander Van der Bellen at this year's Ceremonial Session of the OeAW. This took place for the first time in the renovated main building of the Academy in Vienna.

For the first time since 2019, the ceremonial meeting could take place in the festive hall in the newly renovated main building of the Academy. © ÖAW/APA-Fotoservice/Hörmandinger

"We are still on a construction site," said Anton Zeilinger, President of the Austrian Academy of Sciences (OeAW) in his introductory words at the opening of the Ceremonial Session on May 28, 2021, which was quite different from usual. This year, there was no festive entry of the guests of honor and presidents of foreign academies, and many of those invited could only participate via livestream due to the COVID-19 restrictions. The reception afterwards also had to be omitted. And yet, there was one extremely gratifying premiere. For the first time since the start of the renovation work, the Ceremonial Session took place again in the main building of the OeAW in Vienna.

Construction sites usually do not shine as brightly as the newly renovated festive hall, which was completed on time for the traditional high point of the Academy year. But there was not only the new splendor of the building to celebrate, but also an extremely eventful year to look back on. Corona challenged science, but at the same time brought it into the limelight of a broader public. "This year has made the need for, and the achievements of, research clear to us, as we were all witnesses to a scientific fight against the pandemic," said Federal President and OeAW patron Alexander Van der Bellen in his speech in the festive hall.

No application without basic research

COVID-19 also revealed that there is no applied research without the preceding basic research. Basic research must therefore be financed sufficiently in the long-term. "The crisis has shown that basic research is not an ivory tower, but a beacon for modern society, the findings of which turn out to be essential for survival, especially in rough seas," Van der Bellen said. "The knowledge-based society can react quickly to new developments. The fact that we now have vaccines against the coronavirus is one of the most amazing high-speed achievements that research has probably ever attained."

Science lives from the fact that the truth of today can be refuted tomorrow. As the President said: "Progress means disconfirmation. This differentiates knowledge from beliefs, which are sometimes indifferent to facts." It is therefore wrong to criticize research because it seems to contradict itself. On the contrary, it does not contradict itself, it learns. "It is a prime example of flexibility and openness."

Integrating disciplines under one roof

COVID-19 has also made us aware of the importance of networked research, said the President. The OeAW has the best conditions for this: "It is not just a roof under which different areas of knowledge can be explored, but also a melting pot in which disciplines can compare notes, and complement and enrich one another." Against this background, Van der Bellen considers the work of the Academy irreplaceable and of systemic importance.

Heinz Faßmann, Federal Minister of Education, Science and Research, sent a video message from Brussels. He is grateful to the OeAW for proactively counteracting science skepticism and for relying on critical expertise in times of fake news. "A good year is behind us, if it had not been an epidemic year, it would have been one of the best research policy years of recent times," the Minister said. A record budget was passed, the Research Funding Act put on track, and by 2022 the Academy Campus will provide a scientific meeting place and add an urban flare to the middle of Vienna's first district.

The courage and desire to know

Knowledge is power. OeAW President Zeilinger asked what this saying – which goes back to Francis Bacon and in the original reads "Nam et ipsa scientia potestas est" (knowledge itself is power) – means against the background of the pandemic. "It is about the courage and the desire to gain knowledge, which must be based on reason," Zeilinger said: "The development of vaccines, the openness and speed of global communication – something like this has never happened before, it was an absolute first. Scientific findings from basic research suddenly found applications that we had not even thought of." As an example, he cited the life sciences institutes of the OeAW, where the existing infrastructure made it possible to carry out the important sequencing of the virus genome.

The surprising application potential of basic research was a line also taken by this year's keynote speaker Ferenc Krausz from the Max Planck Institute of Quantum Optics. He spoke about "electrons for life", specifically about laser physics and its applications in medical diagnostics. "My lecture is also a plea not to draw a line between basic and applied research," Krausz emphasized in his scientific remarks.

Next Ceremonial Session marks an anniversary

The fight against fake news, basic research as a cornerstone, and international networking in science: after the central topics of this research year had been examined from different perspectives, OeAW President Anton Zeilinger looked to the future. "Hopefully, we will meet here again on May 14, 2022, to celebrate 175 years of the Academy to the very day. Then the new campus of the OeAW will also be completely renovated." So, the prospects are not bad. 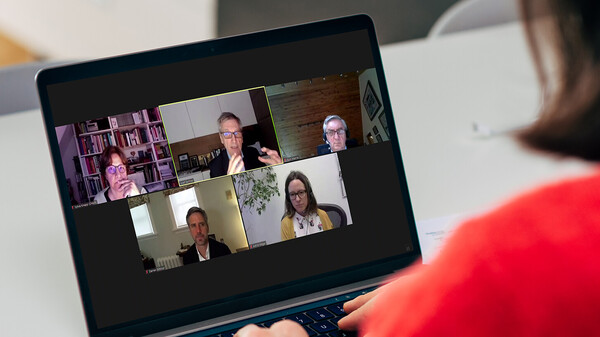 How to make societies healthier