Most people like dancing – and so do parrots. OeAW researcher Marisa Höschele studies budgerigars in search for the roots of musicality. 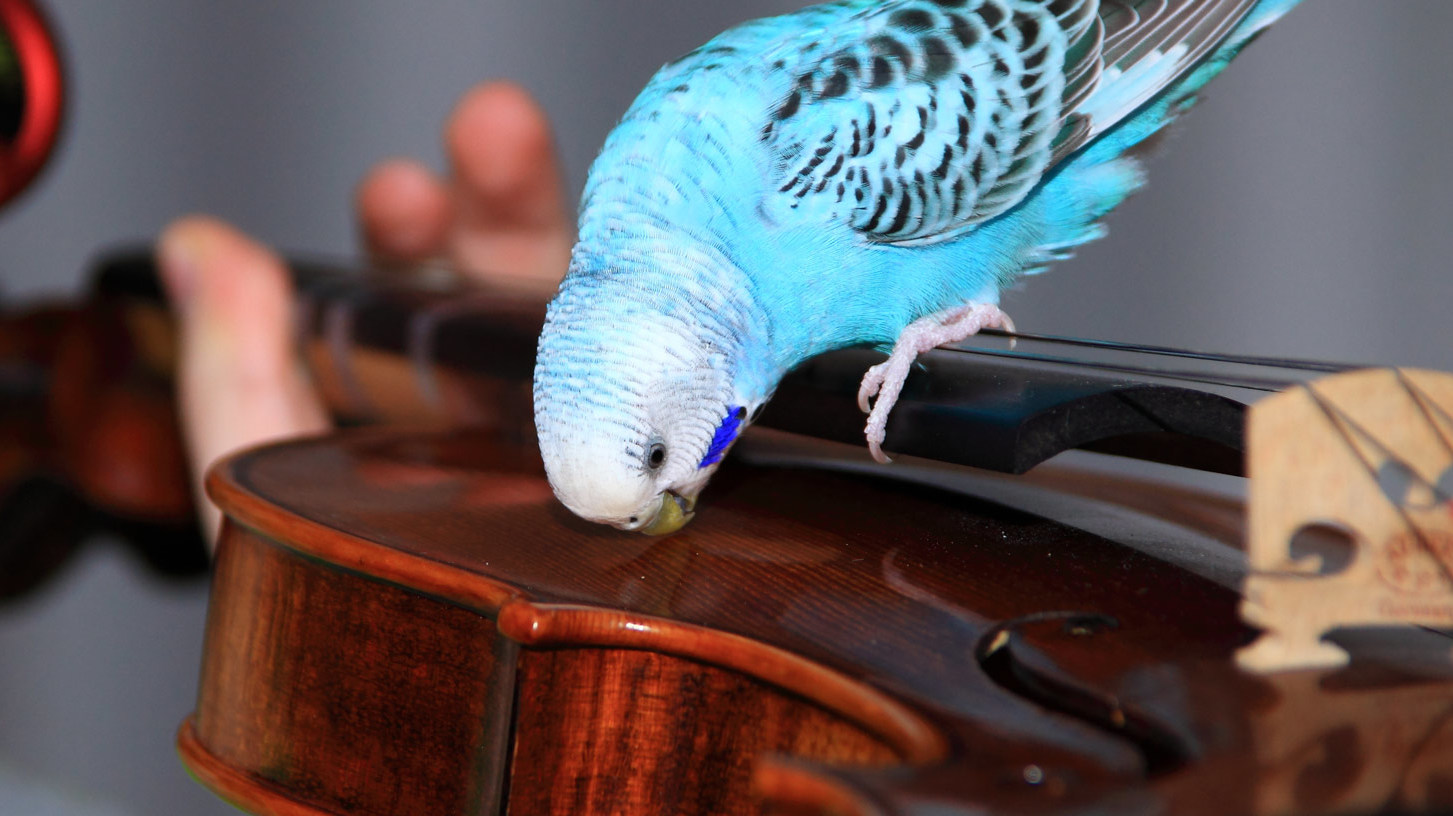 Chopin, tango or Iron Maiden – music may be a matter of taste, but it is undoubtedly an integral part of human culture. However, we are by no means the only musical species. Striking similarities between humans and animals suggest that musicality is anchored in our biology. Marisa Höschele from the Acoustics Research Institute of the Austrian Academy of Sciences (OeAW) is exploring the origins of music. "By studying animals, we can find out what aspects of musicality we share with other species. Skills that animals have are presumably not culturally determined. They must have a different basis", explains the bioacoustician.

What connects us humans with other species then?

Marisa Höschele: The expression of emotions through vocalization is a good example. Animals sound different depending on whether they are agitated, afraid, or happy. This is the same with humans. We can hear if someone is afraid or happy, even if we do not understand the language. Incidentally, this also works between different species. Our research shows that people, no matter which language they speak, can recognize stress or anxiety in animals’ vocalizations.

So, are we talking about language or music?

Höschele: Language and music are generally not clearly separated, especially in animals. In the end, both are forms of communication, and they are thought to have common origins. So, our research essentially deals with both.

Apart from humans, there are very few animals that can imitate sounds and learn new ones. Dogs, for example, always bark the same, even if they have never seen another dog before.

Which musical skills are particularly remarkable?

Höschele: Apart from humans, there are very few animals that can imitate sounds and learn new ones. Dogs, for example, always bark the same, even if they have never seen another dog before. As far as we know, apart from humans, only a few species of birds, whales, dolphins, bats and elephants are able to learn new sounds. We want to understand why that is and whether we can learn from that in terms of human language and musicality.

What about dancing? Parrots in particular are famous dancers.

Höschele: Many parrots move their heads up and down as they sing for each other. That looks like they are dancing. When they listen to music, they also move their bodies to the beat. Many other animals cannot move to a rhythm, or can do so only through intensive training. For parrots, on the other hand, it seems to be part of their natural behavior. They are among those animals that are similar to humans in many respects. The question is, why are they similar to us?

To find out, you have set up a budgie lab. What exactly happens there?

Höschele: There, we examine for example how the budgies perceive sounds. We train them to respond to different sounds and can thereby find out which sounds they perceive as similar and on what criteria this depends. Is it more important if the sound is high or low? Or from what instrument the sound comes from?

Female budgies show a clear preference for rhythm. They sit there for a long time and listen. The males have much less interest in listening.

We also do so-called preference studies, whereby the animals can choose what they want to listen to. We play different sounds from several speakers, such as rhythmic or non-rhythmic budgie song, or consonant or dissonant chords, and the animals decide which speaker they want to sit in front of. We found that female birds, as in humans, have a clear preference for rhythm. Female budgies sit there for a long time and listen. The males have much less interest in listening – they would probably rather be doing the singing themselves, because it's usually the males who sing for the females.

How did you, as a native of Canada with German roots, end up in Vienna for your research?

Höschele: There's a lot going on in this area of ​​research here. Vienna is simply a good place in the world to study biomusicality.

Acoustics Research Institute of the OeAW