Researchers from IQOQI-Vienna working in the group of Anton Zeilinger, together with collaborators in China, have succeeded in teleporting three-dimensional quantum states for the first time. High-dimensional teleportation could play an important role in future quantum computers. 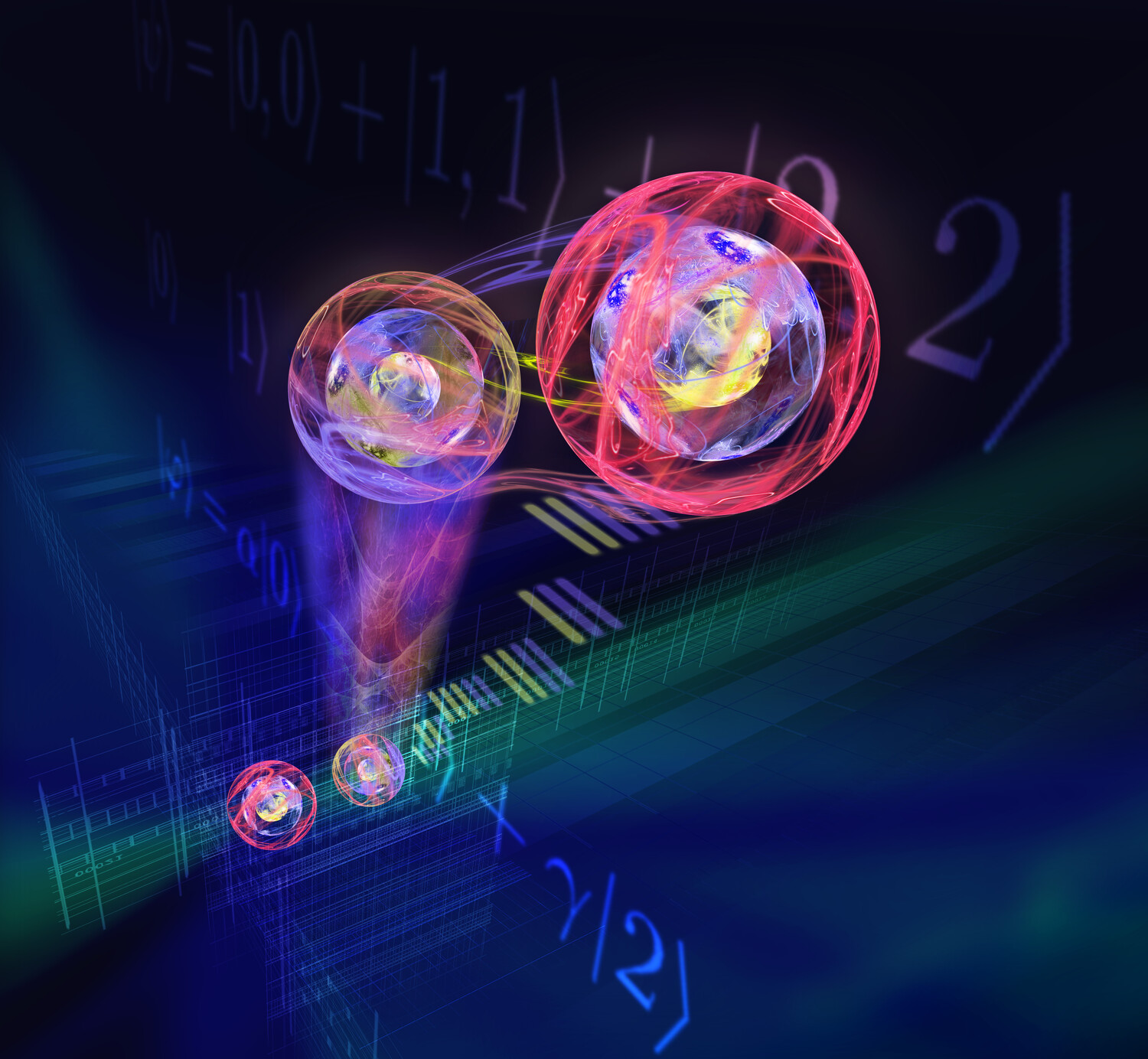 Researchers from IQOQI-Vienna (Austrian Academy of Sciences) and the University of Vienna have experimentally demonstrated what was previously only a theoretical possibility. Together with quantum physicists from the University of Science and Technology of China, they have succeeded in teleporting complex high-dimensional quantum states. The research teams report this international first in the journal "Physical Review Letters".

In their study, the researchers teleported the quantum state of one photon (light particle) to another distant one. Previously, only two-level states ("qubits") had been transmitted, i.e., information with values "0" or "1". However, the scientists succeeded in teleporting a three-level state, a so-called "qutrit". In quantum physics, unlike in classical computer science, "0" and "1" are not an 'either/or' – both simultaneously, or anything in between, is also possible. The Austrian-Chinese team has now demonstrated this in practice with a third possibility "2".

It has been known since the 1990s that multidimensional quantum teleportation is theoretically possible. However: “First, we had to design an experimental method for implementing high-dimensional teleportation, as well as to develop the necessary technology", says Manuel Erhard from the Vienna Institute for Quantum Optics and Quantum Information of the Austrian Academy of Sciences.

The quantum state to be teleported is encoded in the possible paths a photon can take. One can picture these paths as three optical fibers. Most interestingly, in quantum physics a single photon can also be located in all three optical fibers at the same time. To teleport this three-dimensional quantum state, the researchers used a new experimental method. The core of quantum teleportation is the so-called Bell measurement. It is based on a multiport beam splitter, which directs photons through several inputs and outputs and connects all optical fibers together. In addition, the scientists used auxiliary photons – these are also sent into the multiple beam splitter and can interfere with the other photons.

Through clever selection of certain interference patterns, the quantum information can be transferred to another photon far from the input photon, without the two ever physically interacting. The experimental concept is not limited to three dimensions, but can in principle be extended to any number of dimensions, as Erhard emphasizes.

With this, the international research team has also made an important step towards practical applications such as a future quantum internet, since high-dimensional quantum systems can transport larger amounts of information than qubits. "This result could help to connect quantum computers with information capacities beyond qubits", says Anton Zeilinger, quantum physicist at the Austrian Academy of Sciences and the University of Vienna, about the innovative potential of the new method.

The participating Chinese researchers also see great opportunities in multidimensional quantum teleportation. "The basics for the next-generation quantum network systems is built on our foundational research today", says Jian-Wei Pan from the University of Science and Technology of China. Pan recently held a lecture in Vienna at the invitation of the University of Vienna and the Academy.

In future work, the quantum physicists will focus on how to extend the newly gained knowledge to enable teleportation of the entire quantum state of a single photon or atom.