The group of Anton Zeilinger at the Austrian Academy of Sciences and the University of Vienna published a new test of quantum entanglement using photons from distant astronomical objects. An experiment placed on the Canary Island of La Palma used two of the world's largest telescopes, the Telescopio Nazionale Galileo and the William Herschel Telescope. The scientists report about the experiment and their results in Physical Review Letters. 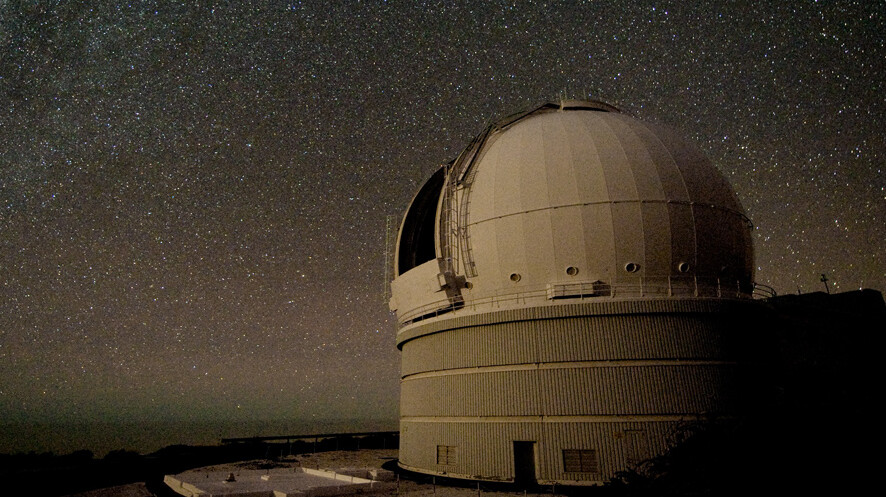 In the experiment, entangled pairs of photons were created and sent to receiving stations the researchers set up right next to the two large telescopes. The telescopes looked at two different, almost opposite locations in the sky. They collected the light of quasars (quasi-stellar objects) which are thought to be very bright active cores of a galaxy. Variations of the colour in the quasar light were then used to control which kind of measurement was performed on the two photons from an entangled pair created in a mobile laboratory on La Palma. Of these photons, one was sent to a receiving station near the Telescopio Nazionale Galileo, the other one to another receiver next to the William Herschel Telescope. There, the individual polarization of each entangled photon was measured as decided by the fluctuations of the light from its respective quasar.

The challenge is the following. The measurement of one photon of an entangled pair has an instant influence on the measurement result of the other one. This was called by Einstein "spooky action at a distance", and he was hoping for a physics without entanglement. The question is: How is it decided which measurements are performed on the two photons?

It is evident that it would be desirable to have decisions made completely independently, such that they cannot be influenced by a common cause. In the new experiment, the fluctuations of the light from two quasars decided on each entangled photon separately which polarization is measured. In the current issue of Physical Review Letters, the team reports such an experiment, where the quasars used were about 12 and 8 billion light-years away, on almost opposite points in the sky. This is rather short after the Big Bang 13.8 billion years ago, and any possible influence on both quasars could have happened in only 4% of the known Universe.

Quasars used as random number generators for the first time

“The crucial challenge in the experiment was to make sure that the choice of polarization measurements on each of the entangled photons was done completely independently from us and from any environment, no matter how large” says Dominik Rauch, the first author of the paper. “This light, that is completely independent from us and almost our entire past, allowed us to use these distant Quasars as cosmic random number generators.”

The cosmic light used was in that sense ideally suited for the experiment. It also provides a new way to obtain random numbers. That way, distant quasars where for the first time applied as random number generators.

The quantum physicists at the Austrian Academy of Sciences and the University of Vienna have been pioneering many such experiments. Already in February 2017, a pilot experiment was performed, where the cosmic light came from stars in our Milky Way Galaxy, which were only a few hundred light-years away.

Quantum physicist Anton Zeilinger explains: “This is the first time that light travelling to us from nearly the edge of the known Universe has been used in a quantum experiment. The results on the entangled photons confirmed the predictions of quantum mechanics. This is also very important for quantum technologies, because uninfluenced measurements on entangled states are important for a definitive proof of the security of various quantum procedures.”

The team of the Austrian Academy of Sciences and the University of Vienna collaborated with international teams. In the USA, these were the Massachusetts Institute of Technology, Harvey Mudd College and the University of California, San Diego. Also, the Chinese School of Computer Technology participated, as well as the British-Dutch-Spanish Isaac Newton Group operating the William Herschel Telescope and the Italian Fundación Galileo Galilei operating the Telescopio Nazionale Galileo. 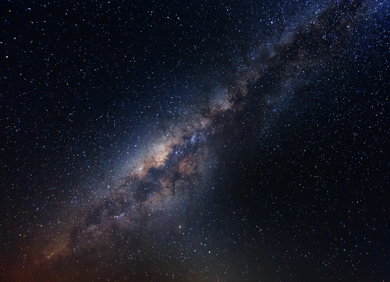